Brtian’s Got Talent had a desi duo which took the show by storm right up to the finals. The dance act called Signature featuring Suleman Mirza and Madhu Singh showed how to uniquely mix up Michael Jackson and Bhangra moves on one stage.

'We weren't expecting that!' (Simon Cowell)

The final of the Britain’s Got Talent show on UK’s ITV channel took place on the evening of 31st May 2008 with ten acts competing to win the prize of £100,000 and the lifetime chance to perform at the annual Royal Variety Show, in front of Prince Charles.

Included in the ten finalists were Signature, a Brit-Asian dance duo consisting of Suleman Mirza and Madhu Singh. Their act, a much crafted fusion of Micheal Jackson and Bhangra dance moves, hugely impressed judges, Simon Cowell, Amanda Holden and Piers Morgan and got them to the final stage.

Suleman, a trainee lawyer by day and Madhu a PC World Sales Assistant, both worked tremendously hard to produce a unique act that would attract the huge support through the stages of the contest.

The reaction by Simon Cowell, after their first performance in the competition was ‘We weren’t expecting that!’ After seeing Suleman woo the crowd with his Michael Jackson style moonwalking moves dancing to a Bhangrafied remix of Billie Jean and then, Madhu turn up on stage with a cleaning brush and then challenging Suleman to show him that he could match him in Bhangra moves! 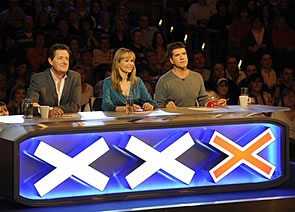 The judges gave the duo thumbs up for the semi final and wanted to see if they could sustain their stay in the contest. In the semi final, adding some support dancers to the act, Signature used the Micheal Jackson Thriller concept mixed with Bhangra vibes and once again raised the bar. The judges once again hugely pleased with their effort gave them the green light for the final and even stated they could win it.

For the final, Suleman and Madhu went back to the Billie Jean remix performance and added support dancers acting as cleaners with Madhu, challenging the performer, Suleman, and then teaming up to produce a great dancing sequence of Bhangra mixed with Jackson moves. The crowd at the final loved it and a standing ovation by the judges and audience proved their worth in the contest.

The rest of the acts also gave what they felt were their best performances for the final. An array of talent including singers, dancers and live acts. Cheeky Monkeys, age 8 and 9, started the show and danced to We Go Together from the movie Grease. Amazing vocalist Andrew Johnson, age 13, performed Pie Jesu. Faryl Smith, age 12, classed as ‘special’ by Simon Cowell, gave an incredible performance of Ave Maria. Andrew Muir from Scotland, age 24, sang Imagine. Kate and Gin, a dog and owner act performed to a James Bond theme. Escala, an attractive all lady classical string quartet, in short red dresses, gave an electric rendition of Palladio. Strike, did a martial arts routine based on I Love the Way You Move, by the Bodyrockers. Nemisis danced in their cool white uniforms to Pump It. George Sampson, age 14, did high-energy dancing to a remix of Singing in the Rain, in pouring staged rain and completed his act with a back flip in water.

The final judging for the final was left to the public and phone lines were opened for the voting period between 8.30pm and 9.45pm. Each act were given a telephone number for the public to phone to vote for them.

Signature had a lot of support from the public throughout the contest, especially from Brit-Asians, and without doubt showed how music and dance could integrate the two cultures of Pop and Bhangra.

Despite not winning, they have proved to that it is possible to entertain everyone as an integrated society in Great Britain today.

Here is the video of all the performances. 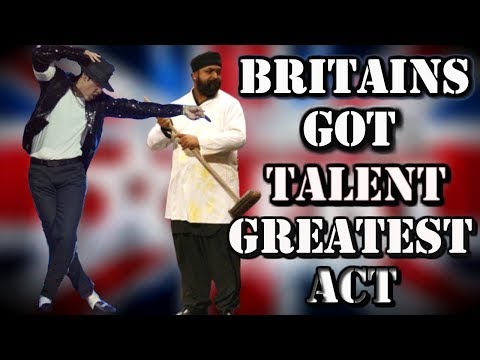 Amit enjoys creative challenges and uses writing as a tool for revelation. He has major interest in news, current affairs, trends and cinema. He likes the quote: "Nothing in fine print is ever good news."
Bollywood Dreams Dancers
Jassi Sidhu talks Music, Singing and Bhangra