Shannon Singh spoke about natural looks and revealed that she has been trolled for having “shark teeth”. She has responded to the haters.

“But of course I have insecurities of my own."

Despite being on the show for just two days, the 23-year-old made a statement when she entered the villa without any makeup.

Shannon felt it was important to look natural when she first appeared on TV as she wanted young people to see “someone be completely natural”.

She also shared her concerns about the image projected by the show’s glamorous contestants.

Shannon explained: “When I walked in that villa I didn’t have a scrap of makeup on and I did that to make a statement.

“I never wear that much makeup anyway, and it is so rare for someone to be completely natural.

“If you look at the villa, I don’t want to slate anyone, but a lot of them do have fillers and fake boobs and I think that’s dangerous for younger viewers to see.

“There’s not enough people being au natural and that needs to change.” 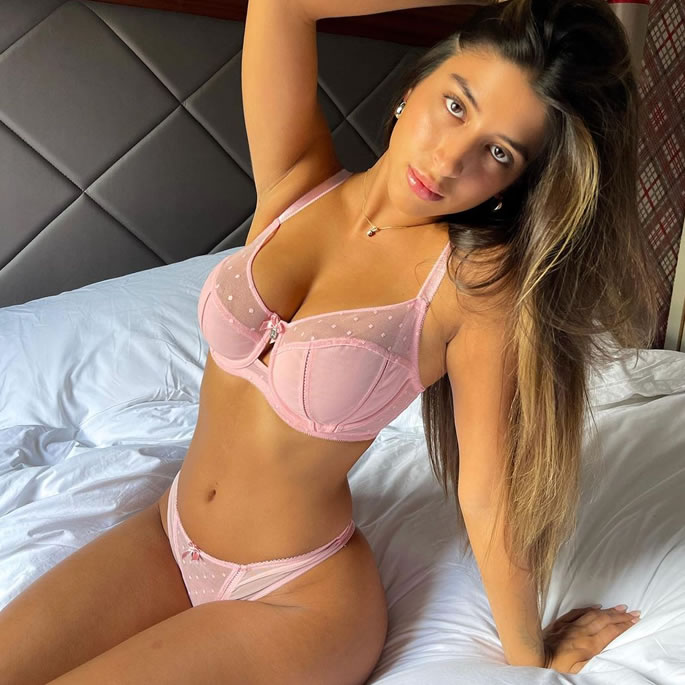 Shannon Singh has been promoting her campaign #ilovemine which encourages people to post pictures, embracing themselves.

The campaign has received a positive response, however, some fans have been left confused as to why Shannon started it in the first place.

Shannon explained her reasons and also revealed that she has been trolled for having “shark teeth”.

She told Fabulous Digital: “I’ve had loads of people asking me why I am promoting a campaign like this ‘looking the way I do’.

“But of course I have insecurities of my own.

“The amount of people who have made comments about my teeth has been really sad.

“People have told me I have ‘shark teeth’ and that I need to get veneers.”

“I’ve been approached by loads of cosmetic brands offering to help with my teeth but I am being stubborn.

“If I take them up on the offer I am giving in to my trolls, I want to embrace my teeth or else I am defeating the purpose of my campaign.

“I really admire the fact that Molly-Mae had all of her fillers dissolved – I really rated her for that.”

Shannon is also determined to avoid the Love Island stereotype of becoming an influencer.

“You get two types of people who come off Love Island – you get those who come off signing up to sponsorships but I really wanted to use the platform that I had to speak about issues that were close to my heart.

“I thought while all eyes are on me, let me get involved and encourage people to embrace the things about themselves that they normally wouldn’t.

“If you are an influencer I think you have a responsibility to be as real as possible with your followers.”

Dhiren is a journalism graduate with a passion for gaming, watching films and sports. He also enjoys cooking from time to time. His motto is to “Live life one day at a time.”
Amitabh Bachchan reveals 1st Job before Bollywood
Kiara Advani reacts to Comment about Topless Photoshoot