Actress Richa Chadha took to Twitter to defend the web series ‘Delhi Crime’ after it won an International Emmy.

"Such a shame to celebrate this moment."

It became the first Indian-origin show to win an Emmy when it was awarded the award for Best Drama Series.

Delhi Crime was a retelling of the horrific 2012 Delhi gang-rape incident that shook India.

Messages of congratulations for the cast and show makers came in. Celebrities were proud that it won India’s first Emmy.

“Congratulations to the whole cast and crew of #DelhiCrime for this huge international recognition and making India proud!”

However, Richa soon returned to Twitter to defend the show after a netizen replied to her post, saying:

“I don’t understand how that horrific night has become a pride moment for India. Such a shame to celebrate this moment.

Richa responded by asking him what did he do to lower the rape cases in the country. She responded:

“The industry is celebrating the achievement of a show made on the subject that won big internationally.

“Fix reality first. Many rapes, as brutal have occurred. You can’t deny reality.”

Actual crime ko kam karne ke liye kuch kiya aapne? Shame on rape culture bol na, why the show? The industry is celebrating the achievement of a show made on the subject that won big internationally. Fix reality first. Many rapes, as brutal have occurred. You can’t deny reality. https://t.co/Ag8qKiOeqp

Other Twitter users also weighed in, saying that the series showed the reality of the horrific rape case.

One said: “Ya exactly, the show is just accurately reflecting the current condition of the state. What’s wrong in showing the truth.

“That’s the only way things will get better if people are aware of the truth about woman safety in Delhi.”

“The dedicated efforts of the police team ensured justice for the victim and her family.

” There is nothing wrong when we present the police version of the investigation!” 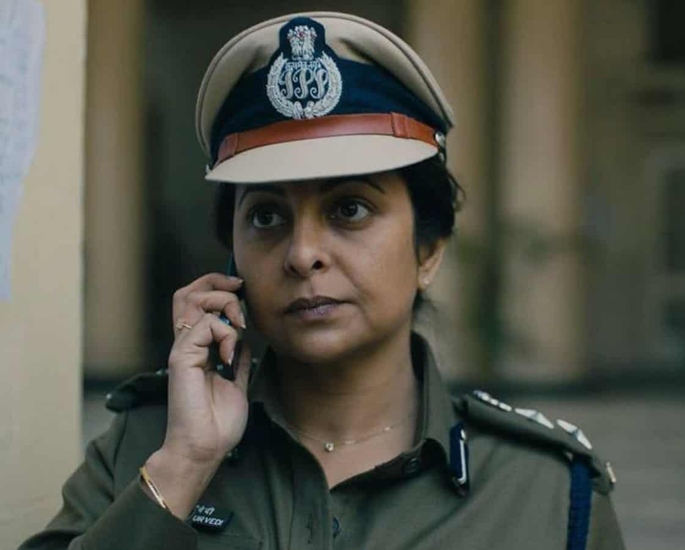 Delhi Crime starred Shefali Shah in the lead as the deputy commissioner of police.

Her character was tasked with finding the culprits and dealing with the aftermath of the brutal crime.

While accepting the honour at the virtual ceremony, director Richie Mehta dedicated the award to women.

While accepting his award he announced:

“I dedicate this award to all the women who not just endure the violence that so many men inflict on them, but are then tasked to solve the problem.

“Finally, to the tireless mother, and her daughter.

“Not a day goes by when I don’t think about you both and what the world subjected you two to. And I hope none of us ever forget that.”

Akanksha is a media graduate, currently pursuing a postgraduate in Journalism. Her passions include current affairs and trends, TV and films, as well as travelling. Her life motto is 'Better an oops than a what if'.
Indoo Ki Jawani Trailer Breaks Indian Cinema Cliches
The Progress of British Asian Comedy on Television