"There should [be] no need to clarify. However I need to put the issue at rest."

British Pakistani journalist and wife of cricketer-turned-politician Imran Khan, Reham, faces a fresh wave of controversy over her credentials as a working journalist.

The British tabloid spoke with the college that she allegedly graduated from and suggests her postgraduate degree is bogus.

Daily Mail claims a spokesperson at the college says it has never run a course on broadcast journalism.

The latest copy of their prospectus for the academic year of 2015-16, includes a range of media course (mostly related to multimedia design). However, ‘journalism’ does not appear anywhere.

The named college in Scunthorpe also states: “We do not have anyone by those names or date of birth having attended this college.”

Reham’s original biography on her personal website reads: “She started a postgraduate in Broadcast Journalism at North [Lindsay] College and did a 4 week placement with the BBC as part of the course.” 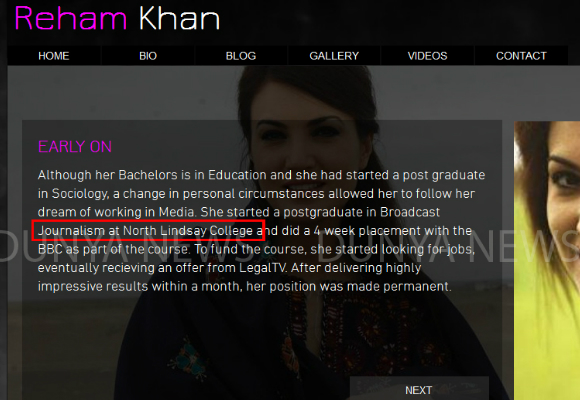 But it has since been altered in response to the exposé, and now reads:

“She started a postgraduate in Broadcast Media at the Grimsby Institute, North East Lincolnshire in 2005 and undertook a 4 week placement with the BBC as part of the [intensive] course.” 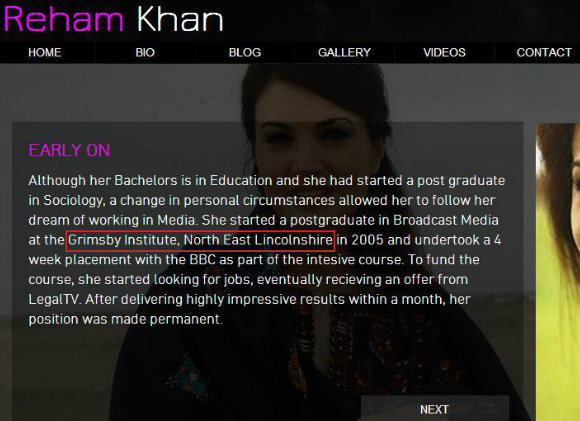 Reham has issued an official statement in her defence, stating: “There should no need to clarify. However I need to put the issue at rest.

“I categorically state that after completing my BA, I undertook a one year postgraduate for a Diploma in Broadcast Media at Grimsby Institute Media Centre. (Code:0506BC34) which ended on 23rd June 2006.”

But in the current prospectus of Grimsby Institute Media Centre, neither does this course title nor its code exist. While it is possible the course may have been discontinued, its current absence poses questions.

The 42-year-old talk show host even tweeted out several times to express her anger and frustration at the news:

This morning is a great example of why I have never picked up the Daily Mail & why I don't watch Pakistani TV channels.

Just because it's an English newspaper, doesn't make it good.

Reham is no stranger to scandal. Rumours of her relationship and marriage to Pakistani cricket legend and Pakistan Tehreek-e-Insaf (PTI) Chairman, Imran Khan, circulated for months back in 2014.

When the news of their secret marriage was confirmed, it also emerged that Imran’s family and members of his party tried to discourage him from doing so.

In early 2015, Reham also told a Pakistani journalist that her ex-husband, Dr Ijaz Rehman, had abused her.

The NHS psychiatrist outright denied the allegations: “I have never lifted hands on anyone. Domestic violence is a very serious offence.”

He added: “I work in a very senior position in the NHS and if I was convicted or charged or found involved in domestic violence, in any sense, I wouldn’t have been able to practise.” 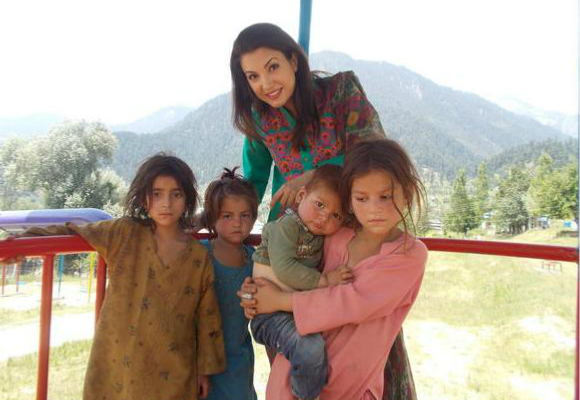 Following her marriage to Imran, Reham again invited controversy in Pakistan, when video footage of her cooking pork and sausages, and wearing ‘revealing’ clothes at a country fair was posted online.

Reham moved to Pakistan in 2013 and currently hosts Dawn News’ show, In Focus. Prior to this, she was a presenter and weather girl for BBC South.