UK Medicine Degree to be offered by Clearing

Medicine will now be offered through clearing at St George’s University. What impact could this have on Medicine as a career? DESIblitz has more.

"at present, it's uncertain as to what exactly it entails for life as a future doctor"

A prestigious university has revealed that their Medicine (MBBS) course will be offered in Clearing for the first time ever.

St George’s, University of London, will be offering applicants places through clearing to study medicine.

Although this may be beneficial for students that are applying to study the popular degree, this has come as a shock to many renowned doctors.

Some have indicated that medicine offered through clearing could exhibit its depreciation in value as a course, and traditionally a sought-after profession.

However, St George’s, University of London have clarified that the decision to go into clearing for medicine was due to the ‘unpredictability of A-level grades, coupled with the strict intake quotas’ that the university receives for the MBBS programme.

The university, which has 259 places on their Medicine course for 2016/2017, received 2,665 applications, representing a rise on last year.

St George’s, University of London believes that the Clearing process offers the fairest way in which to offer places to the most outstanding students.

In particular, it is aimed at those students who have exceeded their grade expectations and now have the option to pursue Medicine. While others who have been unable to meet their conditional offer can still have a chance of being accepted onto a course.

The director of External Relations at UCAS says: “Clearing is now a respected and important route to higher education. Last year more people than ever (15,000) entered higher education by applying directly to Clearing.”

But while the decision for Clearing can open more doors for students, in general, applications to medical schools across the UK have fallen by 13.5 per cent in the last two years.

This is due to two reasons. Firstly, the negative publicity that surrounds the NHS and secondly, the rise in tuition fees. 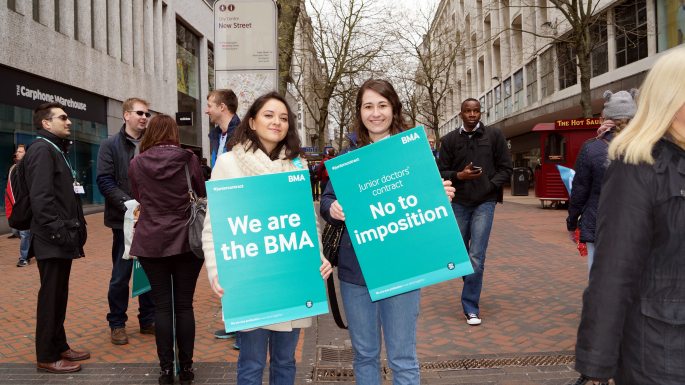 The NHS has been under pressure due to the quality of service provided at hospitals. The Junior Doctor strikes which have occurred recently in London and Birmingham have also placed strain on public service.

Many patients have complained about A&E waiting times, which has been an ongoing issue. The waiting lists for elective operations have been increasing and cancer treatment targets are also being missed.

Several students in the UK have considered studying medicine abroad, due to the competitive nature of the degree and the high entry requirements.

But some students are also now shifting towards studying overseas because the profession could be losing its prestige in the UK.

“I don’t think the public quite understand that not only do we work our day jobs, we offer on call assistance, have to keep up with portfolio requirements and then if we’re in a training post, there’s exams and learning on top of the rest.

“It’s definitely stressful. And for it to be made out like we aren’t doing enough already is definitely heart sinking.”

The Junior Doctor strikes led to doctors taking a strike for the first time in over four decades.

Professor Neena Modi, President of the Royal College of Paediatrics and Child Health has said that nine in ten paediatric units are understaffed.

In the last six months there have been more numbers of paediatric junior doctors resigning, in comparison to the last five years.

Sana Ali, a doctor based in Birmingham expresses her concerns:

“Given how the media has been portraying doctors negatively with the strikes and Hunt/Junior doctor struggle and speculations about privatising the health care service, it’s inevitable there will be a shift in thinking.”

“Unfortunately at present, it’s uncertain as to what exactly it entails for life as a future doctor.”

Doctors believe that the staff’s patience and goodwill nature within the NHS has maintained a respectable image. However, doctors fear that this will change.

Nursing bursaries have been cut which has threatened the number of jobs available. This means that there will be a lower number of nurses working in wards in the future.

Staff are currently working with less resources as the NHS claim that the government underfunds them.

The staff have been working with less than 6.5 per cent of GDP being spent by the government on healthcare. This is less than European countries surrounding the UK.

Thus, employees feel that their morale is being affected and they are left feeling demotivated. 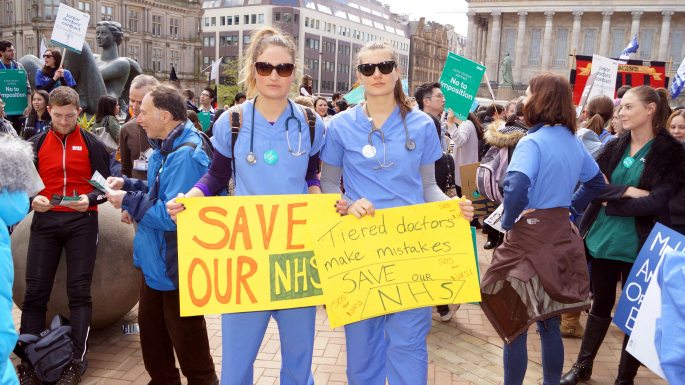 Now, with the added development of Medicine being offered in Clearing, the assumption is that the NHS could struggle to encourage young people to pursue Medicine as a career.

Additionally, if universities are not selective in their decisions, then some doctors believe this will negatively impact the future of the health service. They believe the ability of young doctors will suffer.

But St George’s, University of London is adamant that the standard of their courses and the entry requirements for prospective students will not change.

Professor Jenny Higham, Principal of St George’s, University of London, says: “This is a great opportunity for students to study at the only UK university to share a campus with a teaching hospital, to take up a place in the current cycle, and avoid delaying their chosen career.”

Sana adds: “Let’s hope things only go forward in a positive light and the medical profession becomes as attractive as it used to be, ensuring the best doctors are trained and treating our communities.”

The UK still offers a world class healthcare system as there are some of the best doctors and surgeons in the country. Now through Clearing, the prestigious profession will be open to even more bright individuals.

You can find out more about Clearing at St George’s here.