Sisters Leenah and Hiba Abuelgasim have both secured a place at Oxford University with identical A level results. Both will be studying medicine together!

“She got the same results for the same subjects and we’re going to study the same thing at university."

Leenah Abuelgasim, 18, secured a place at Oxford University to study Medicine after getting the same A-Level results as her sister, Hiba. The sisters sat their exams a year apart.

Her results included an A* in Biology, Chemistry and Maths, and two A’s in Greek and General Studies.

Leenah’s sister Hiba, 19, accompanied her as she opened her results. The ‘best friends’ and sisters were both surprised.

“We both got A’s in General Studies and Greek, and A*s in Biology, Chemistry and Maths. We couldn’t believe it”

Hiba, who is currently a Medicine student at Brasenose College Oxford, further added:

“She got the same results for the same subjects and we’re going to study the same thing at university,

“I’m sure Sigmund Freud would be able to say there was probably something in all that.”

Leenah’s decision to study Medicine stems from her family tradition as both her parents are doctors.

19-year-old Hiba, aspires to specialise in Cardiology and perhaps Psychology, however, Leenah wants to pursue a different route.

“I want to look at radiology and diagnostic imaging, I think,” she said.

She further explained that she wasn’t just restricted to studying Medicine but had other career options in mind:

“The good thing about medicine is it’s hard work but it opens a lot of doors.

“You’re not limited by the knowledge you accrue, and in that way it’s similar to the law or international studies which were two courses I had considered instead.”

Other students across the nation received fantastic A-level results as well. 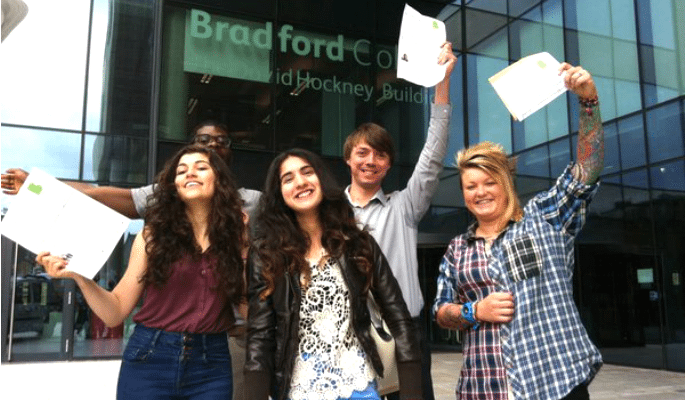 Javed from Rochdale, Manchester, spoke to BBC Asian Network about his A-level results. He expressed:

“I did better than expected so that’s great. I got an A* in Biology, A* in Chemistry, A* in EPQ and an A in Maths”

He will be studying Medicine at Imperial College London this year.

However, with the speculation around the rise in tuition fees, some students have decided to take a different path.

“My plan for university was to end up at a company like KPMG, and to start my career at an early age was just something that was just amazing, and something that I felt was right for me”

“I think more people should look at their career options and assess what the best option is for them”.

Generically,  A-Level results for the nation reported that the proportion of A* and A grades was 25.8%. This was down by 0.1% than last year. However, the pass rate remained stagnant at 98.1%.

Furthermore, The UCAS admissions services revealed that 424,000 places have been offered by universities, which has risen by 3% from results day last year.

Comparatively, girls achieved better results than boys, with 79.7% of girls getting grades A* to C, compared with 75% for boys.

The future looks bright for the talented sisters Leenah and Hiba.