Priyanka Chopra to Star in Shakespeare film by Vishal Bhardwaj

An adaptation of Shakespeare’s ‘Twelve Nights’ play is to feature Priyanka Chopra in the lead role in a Vishal Bhardwaj Bollywood film.

The popular Shakespeare play ‘Twelve Nights’ is set to be translated into a comedic Bollywood film starring Priyanka Chopra.

‘Chaudhvin Ki Raat’ (Twelve Nights) will be the first adaptation in the upcoming Shakespeare trilogies.

The director Vishal Bhardwaj confirmed that Priyanka Chopra would be in the film during the song launch of his upcoming film Pataakha.

With Priyanka Chopra’s character still unknown, it has been revealed that the two had previously met two or three times to discuss the film script.

It is said that the actress and director will be working intently on the script and the movie release date is set to be announced by next year.

The storyline of this popular play sees a young girl who is shipwrecked and comes ashore with the help of a captain, then disguises herself as a young man.

It will be interesting to see how this comedic play is adapted into a Bollywood movie.

This will be Priyanka Chopra’s second Vishal Bhardwaj film after starring in 2009 movie Kaminey, where she plays the role of Sweety, a carefree love interest. 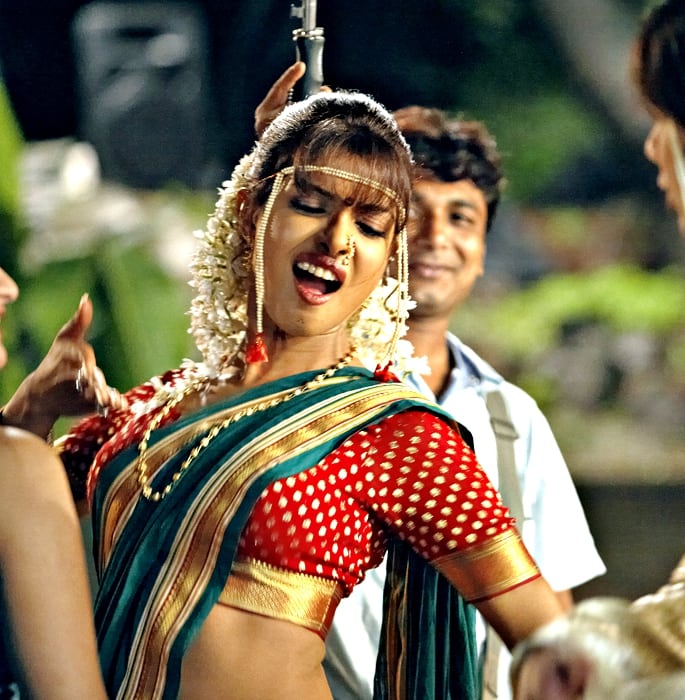 Vishal Bhardwaj had previously explained that a lot of people, including Priyanka Chopra, had asked him to make a film like this.

He explains that the title ‘Chaudhvin Ki Raat’ has significance to Indian context as the moon is at its’ most beautiful by the twelfth night.

When asked how the movie characters and themes will be translated into a Bollywood style the director said:”

“The film will be set in contemporary India like all my other films, because I want to tell stories of my country.”

In the meantime, Priyanka Chopra is not letting the buzz of her engagement interrupt her working schedule.

Her future mother-in-law, Denise Jonas, posted a video online of them dancing to Punjabi music at their Roka ceremony.

The Quantico actress and her Fiancé have been spotted reuniting in California after the ceremony last week.

Vishal Bhardwaj is busy with his new release Pataakha which is hitting cinemas on the 28th of September 2018.

He revealed at the song launch of his new film that he originally wanted to cast Uma Thurman and Scarlett Johansson as the two main protagonists who play sisters.

“It would have looked so amazing to see them speaking Rajasthani in the movie, but sadly, they don’t know how to speak Rajasthani.”

He emphasises the importance of having a new and fresh cast in every film, as he believes the newer actors will give him more commitment.

Fans shared their excitement on social media for Priyanka Chopra who will be playing in the adaptation film.

“I love Vishal Bhardwaj-Priyanka Chopra duo! So much talent! ”

“Can’t express in words how much I’m happy to knowing about this good news. My PC choice is always great. That’s why I became her fan. All the best PC”

There is no doubt that the actress may be playing the main character of Viola.

As Priyanka Chopra is skilled in translating between western and eastern film expectations, this possible role should come with ease.

With no other cast members confirmed, the film is set to be highly anticipated for next year.

Shreya is a Multimedia Journalist graduate and thoroughly enjoys being creative and writing. She has a passion for travelling and dancing. Her motto is 'life is too short so do whatever makes you happy.'
Soundarya Sharma to Star in new Wonder Woman 1984 film
Aryan Khan and Khushi Kapoor making their Debut Together?