Priyanka Chopra and Nick Jonas have formalised their engagement with a traditional Roka ceremony held in Mumbai with family and close friends.

Some photos show a logo created with an 'N' and 'P'

After much speculation and rumours, Priyanka Chopra and Nick Jonas have made their much-talked-about engagement, official, by performing their Roka ceremony on Saturday, August 18, 2018.

The Roka (or Rokra as it is sometimes called) is a ceremony which confirms the engagement between two people as being official from an Indian perspective.

The ceremony is a very important pre-wedding ritual performed with families present and a priest (pandit) to conduct the religious rituals.

The Roka ceremony took place in Mumbai, at Priyanka’s family home with both families and close friends in attendance.

This was followed by an engagement party in the evening at a hotel.

Wearing a bright yellow Anarkali outfit, Priyanka Chopra looked wonderful next to Nick Jonas who also kept it Desi by wearing a creamy-white kurta pyjama at the Roka ceremony.

Nick’s parents Kevin and Denis Jonas who arrived in Mumbai on Friday, also opted for Desi wear and witnessed their son go through the traditional ritual of the Roka with Priyanka.

Prayers were said, gifts were exchanged and the couple were blessed at the ceremony. 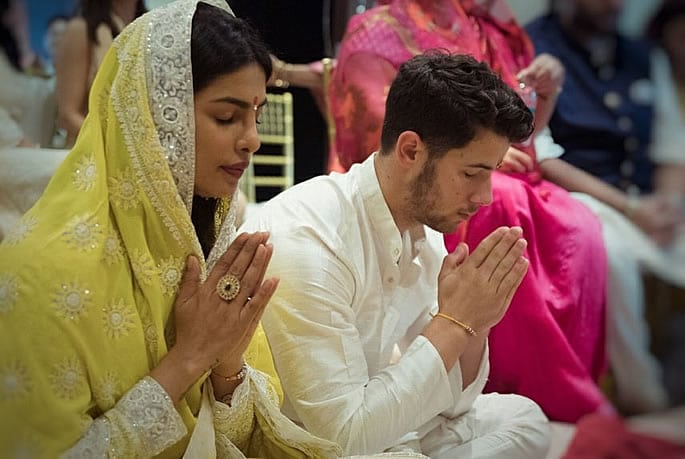 Some photos show a logo created with an ‘N’ and ‘P’ which sparked a huge frenzy amongst fans wowed by the news. 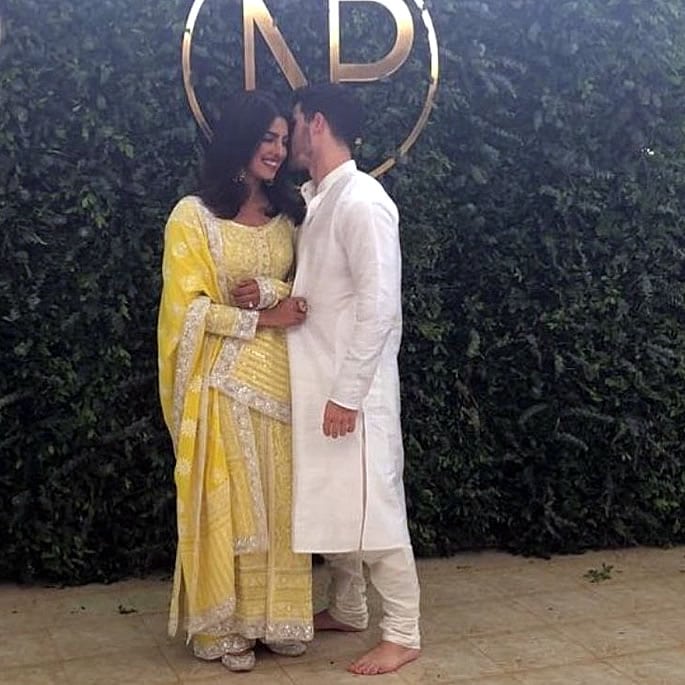 A number of delightful and very romantic photos on her Instagram of the ceremony and snaps with those present were posted.

One intimate photo was captioned expressing their love and affection for each other.

Priyanka wrote: “Taken..With all my heart and soul..” and Nick, said: “Future Mrs Jonas” in his caption. 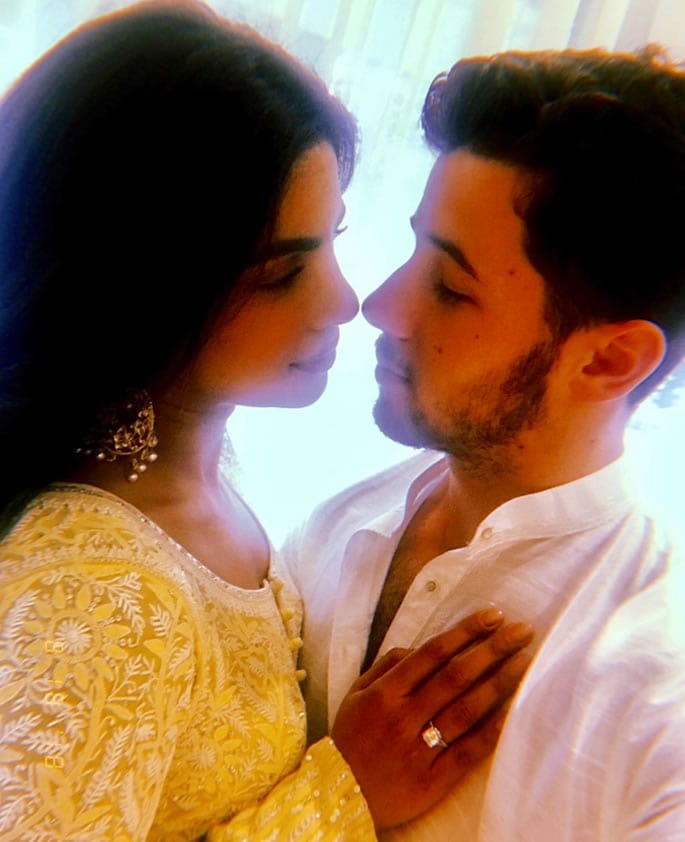 The priest who conducted the puja for the pre-wedding rituals said:

“We have performed a puja for a happy and a prosperous life of Priyanka Chopra and Nick Jonas. After lord Ganesha’s puja, they performed their engagement ceremony. All the family members were present at the puja.” 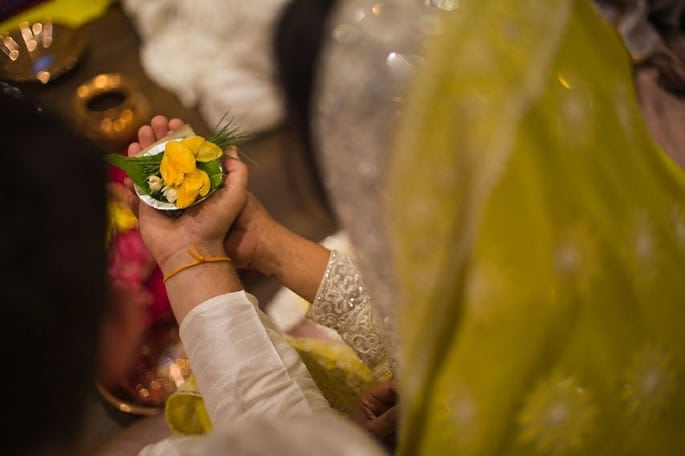 The ceremony marks the special union of the two families who have met for the first time. 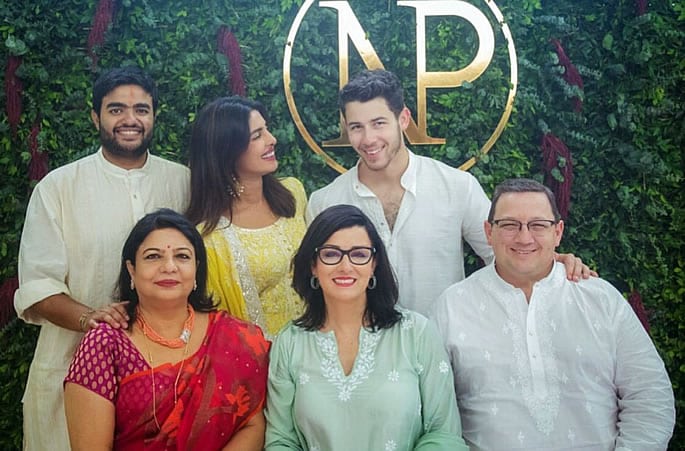 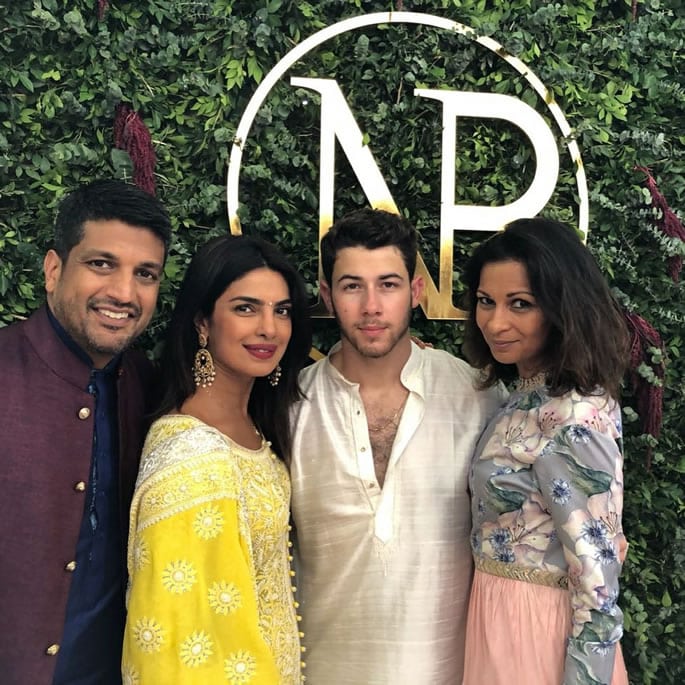 Bollywood reacted on Instagram to the photos of the Roka ceremony and engagement offering congratulations and their blessings to the formally engaged couple.

Reactions came pouring in from many of the biggest names in Bollywood. All very happy for the couple. Including Ranveer Singh, Bipasha Basu, Alia Bhatt, Hrithik Roshan, Shraddha Kapoor, Sophie Choudry, Shilpa Shetty, Varun Dawan and many many more.

This news now confirmed, does come as a huge surprise due to its recent buildup with Priyanka walking out of Bollywood film projects and wishing to spend more time with Nick.

The message of the day was from cousin sister Parineeti Chopra who posted a heartfelt message on Instagram after the Roka ceremony saying:

Today I witnessed magic and a fairytale … When we were kids, mimi didi and I used to play “ghar ghar”. We would pretend to be shy brides, have imaginary children, and serve tea to our husbands! ?? cheesy, but its because we always believed in the magic of love and hoped we would both find that perfect man for us one day!! Today there was no pretending. I cant think of a more a perfect man for her. Like I said this morning, there are two ways of judging a human being. One – travel with them, and two, eat with them. Nick, I have done both with you. And so I know you’re perfect for her!! Love her, because she loves you like mad! Protect her, because shes strong, but a soft soul inside. I love you both and wish you all the happiness forever!!!!! HAPPY ROKA AND FUTURE WEDDING!! ??@priyankachopra @nickjonas

Following the Roka ceremony was an engagement party for over 200 guests to celebrate the wonderful union of Priyanka Chopra and Nick Jonas. 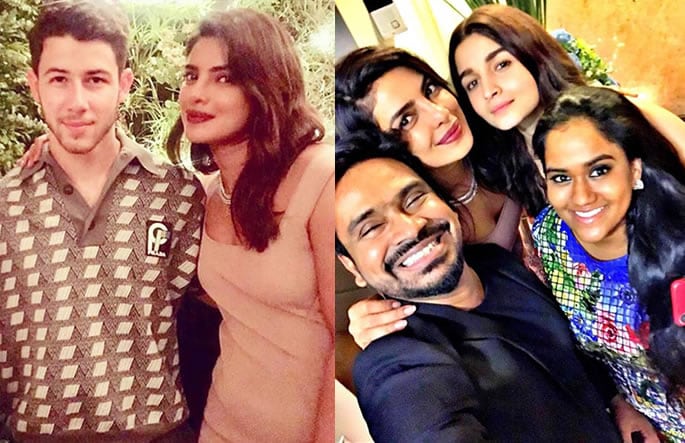 Star-studded guests and celebrities attended the party in the evening at a hotel in Mumbai.

Parineeti Chopra was the first to arrive in a short black knitted dress with a distinct floral edge at the evening party and also the first to leave, while other guests arrived including Priyanka Chopra’s mum wearing a nice cream silk saree. 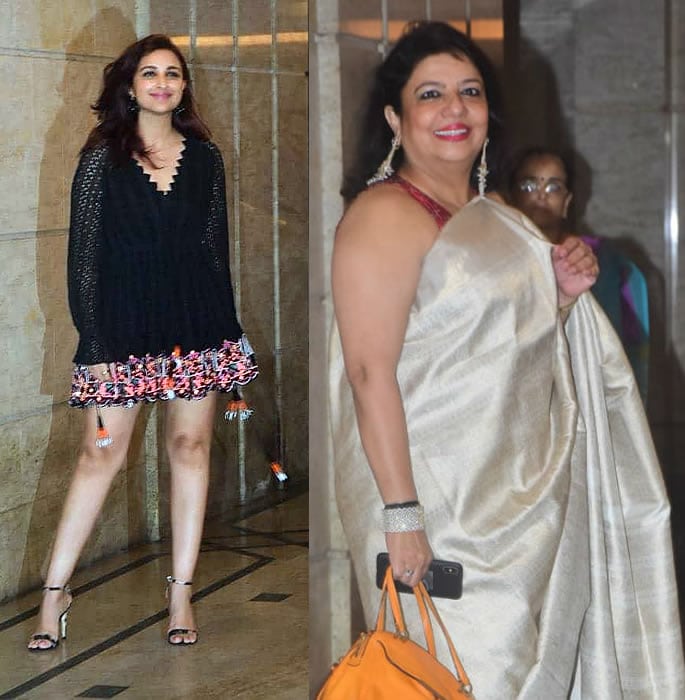 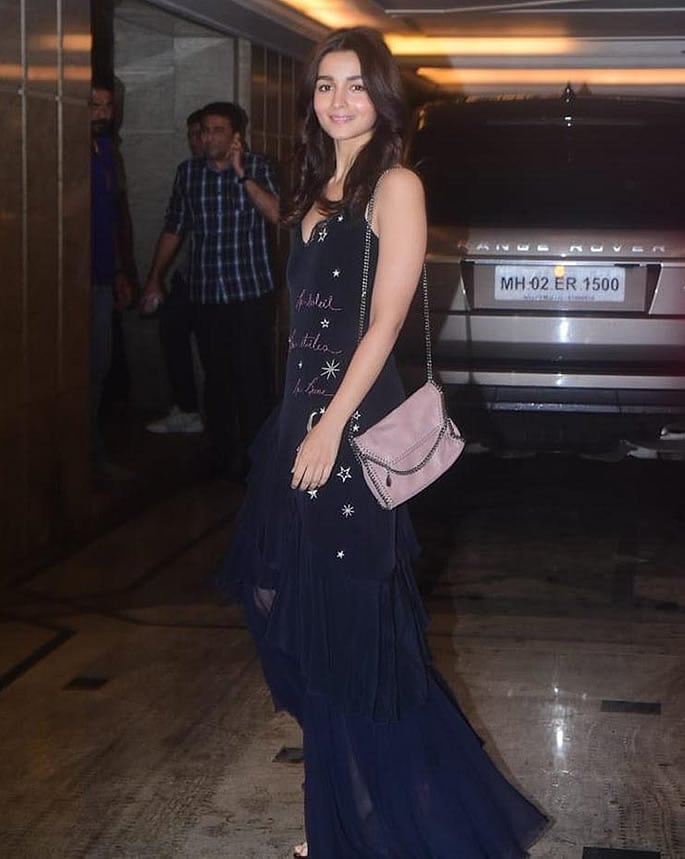 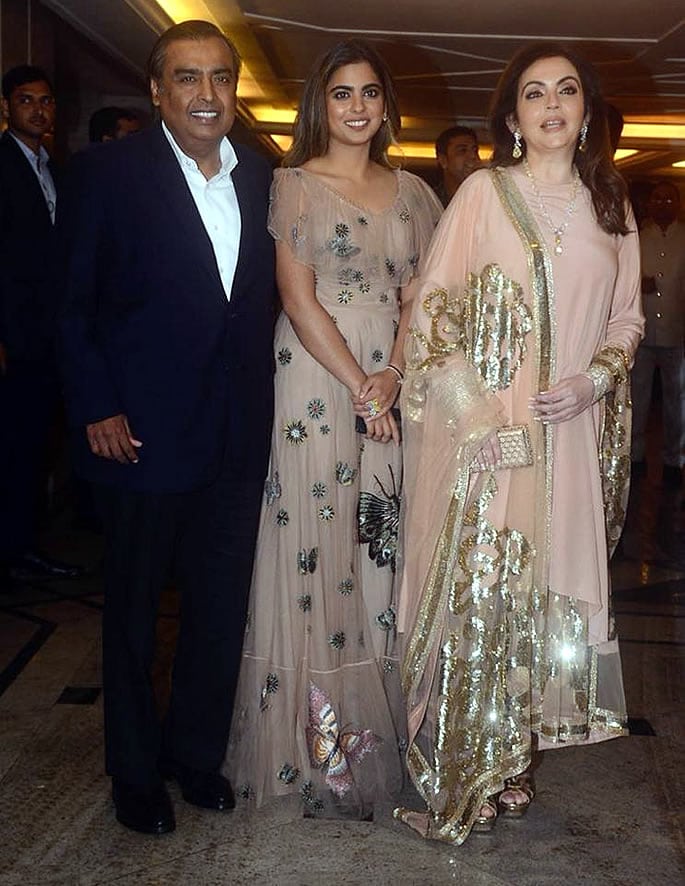 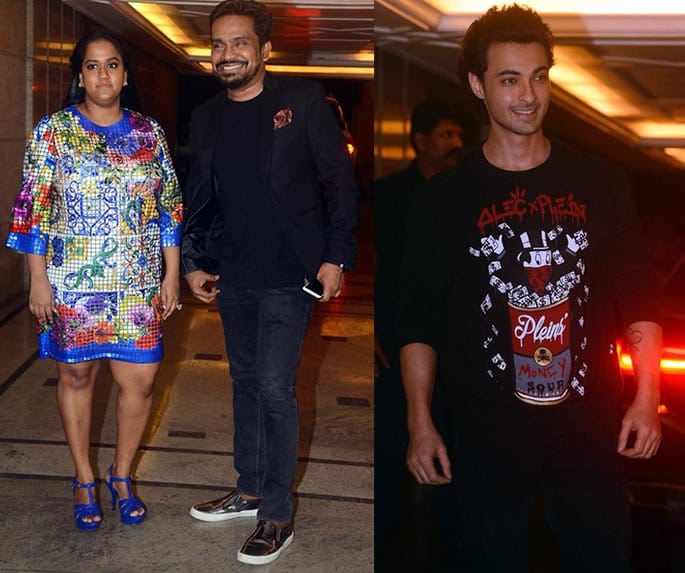 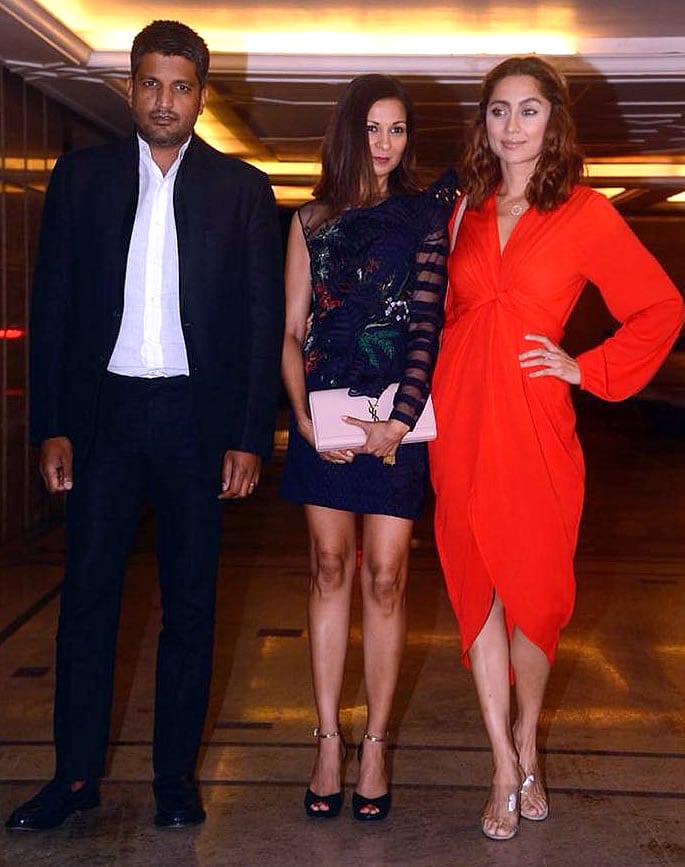 DESIblitz wishes the couple all the best!

Nazhat is an ambitious 'Desi' woman with interests in news and lifestyle. As a writer with a determined journalistic flair, she firmly believes in the motto "an investment in knowledge pays the best interest," by Benjamin Franklin.
Sui Dhaaga is a “Special” Film for Varun and Anushka
Jawani Phir Nahi Ani 2 Stars talk Why it is a Must Watch