"she told us in the Nick of time about her decision"

There has been a lot of speculation around the Quantico star Priyanka Chopra lately.

The Bollywood and Hollywood star has been in the limelight for a number of reasons including love and work.

By abruptly leaving Indian director Ali Abbas Zafar’s upcoming film, Bharat, which came after her recent engagement to singer Nick Jonas, there are lots of questions about her future.

Many South Asian news outlets have started to associate her bold move to leave the film Bharat with her personal relationship with Nick Jonas.

The actress has spent 18 years building and maintaining a reputable name for herself, making the sudden backlash seem unfair.

Although the Mary Kom actress hasn’t released an official statement, many reports are claiming that Chopra’s left Bharat due to her engagement with 25-year-old beau Nick Jonas.

Director of the upcoming film Bharat Ali Abbas Zafar suggested that her reason was ‘very very special’ in quite a cryptic tweet he sent out on the 26th July 2018.

Zafar’s tweet alluded towards the idea that the primary reason for her departure was her engagement to ‘Jealous’ singer Nick Jonas.

He didn’t seem to mind that the Hollywood star left the film as he jokes saying “she told us in the Nick of time about her decision”.

And even wishes her ‘loads of love & happiness for life.’

Yes Priyanka Chopra is no more part of @Bharat_TheFilm & and the reason is very very special , she told us in the Nick of time about her decision and we are very happy for her … Team Bharat wishes @priyankachopra loads of love & happiness for life ???

Despite this, the Barfi actress has received quite a lot of negative backlash from this decision.

The further controversy sparked when CEO of Reel Life Productions Nikhil Namit shared his opinion on the matter in a recent interview with mid-day, where he said:

“Priyanka told us she had to exit due to her engagement, two days ago. It was a little unprofessional of her to do it so suddenly”

This decision has definitely left the international star in hot water, as many other people have been quick to call her unprofessional.

Although, Zafar’s tweet was slightly premature as Nick Jonas and Priyanka Chopra or their representatives have not made an official announcement.

Speculation about Jonas and Chopra’s wedding has already started! Reports claim that the 36-year-old actress and singer got engaged in early July 2018 in London whilst Priyanka Chopra was celebrating her 36th birthday.

After attending close friend Megan Markle’s Royal Wedding on 19th May 2018, Chopra’s fans have several questions regarding her own!

When attending the Royal wedding Chopra wore a lavender Vivienne Westwood suit for the wedding and a beautiful golden Dior gown for the reception. 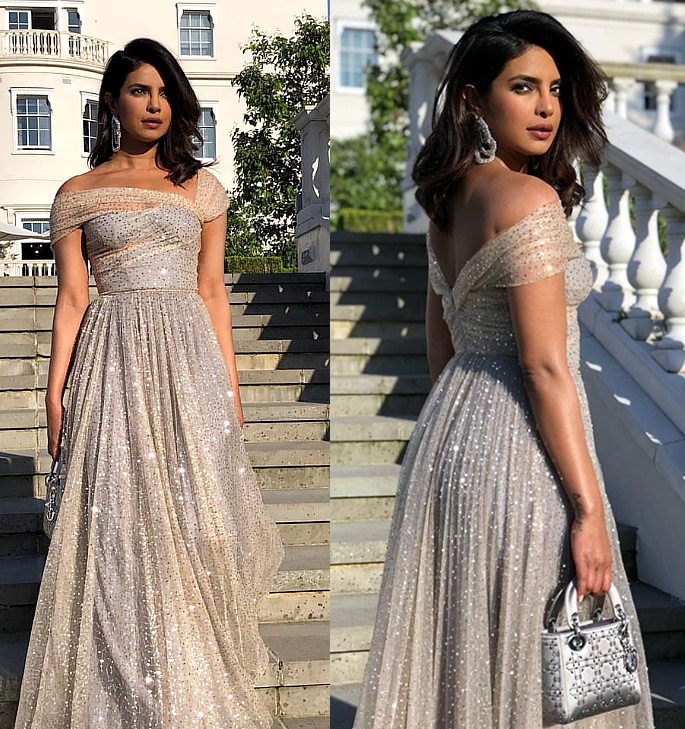 After seeing the Miss World winner, people want to know if the glamorous star is planning an extravagant Bollywood wedding of her own or whether she opts for a simple and intimate destination wedding, like Virushka.

But most importantly the people want to know if the Bollywood sensation will invite members of the royal family to her big day?

After winning Miss World in 2000, Priyanka Chopra has been a part of the Hindi film industry for 18 years making her Bollywood royalty.

Also, many young South Asian girls and boys look up to the powerful career-driven woman and consider her to be an influential role model.

Her recent career move to Hollywood to star in the US TV show Quantico has also led to several movie opportunities in Hollywood such as Baywatch 2 and Isn’t It Romantic.

Despite all of her previous achievements, this recent decision has led people to question the professional integrity of the Bollywood star.

Especially after her choice to leave the Bharat team has left Bollywood big-dog Salmaan Khan in a difficult position because he needs to find a new leading lady as quickly as possible.

Khan is rumoured to be replacing Chopra with either Katrina Kaif or Jacqueline Fernandez.

Although departing this Bollywood film and the cancellation of her Quantico, reports are claiming that Priyanka Chopra no longer relies on Bollywood because she is a popular international star.

Note Chopra is still adhering to the professional commitments she has made in Hollywood.

Her Hollywood film It’s is Romantic is also starring Rebel Wilson and Liam Hemsworth and is set to release in 2019. 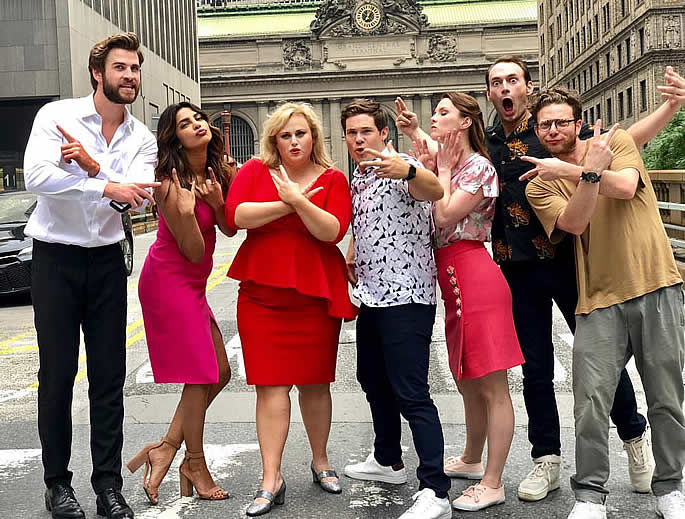 Throughout her career, Chopra has always kept her personal life private.

Therefore, her sudden change of priorities could be because she is prioritising her marriage and starting a family.

Another reason for the departure from Bharat may be because she deserves a career break after conquering two of the biggest film industries in the world.

As speculation and questions arise around the Gunday actress, its most likely that the wedding related answers we will get either whilst or after the highly awaited wedding has happened.

So let’s keep our eyes peeled to see what is the next move from PeeCee!

Shivani is an English Literature and Computing graduate. Her interests involve learning Bharatanatyam and Bollywood dance. Her life motto: “If you are having a conversation where you are not laughing or learning, why are you having it?”
Tan France: The Fashion Guru’s Best Moments on Queer Eye
Katrina Kaif replaces Priyanka Chopra in Bharat