Priyanka and Nick attend her Brother’s Roka in India

Priyanka Chopra and Nick Jonas have been inseparable since their marriage. They went to Delhi to attend the Roka ceremony of her younger brother Siddharth.

"So proud of my baby brother. Ishita welcome to the family"

The ceremony took place on Wednesday, February 27, 2019, at the Taj Palace.

Pictures of the ceremony have emerged where we can see the actress and American singer dressed in similar coloured outfits.

The couple posed with Siddharth and Ishita while dressed in off-white. Priyanka went for a traditional, sequined gown and matched it with standout jewellery. Her husband Nick opted for a simple sherwani.

Priyanka shared a photo of the soon-to-be-married couple and welcomed her future sister-in-law. She wrote:

“So proud of my baby brother. Ishita welcome to the family… you r so beautiful together… I wish you both the best for the future! 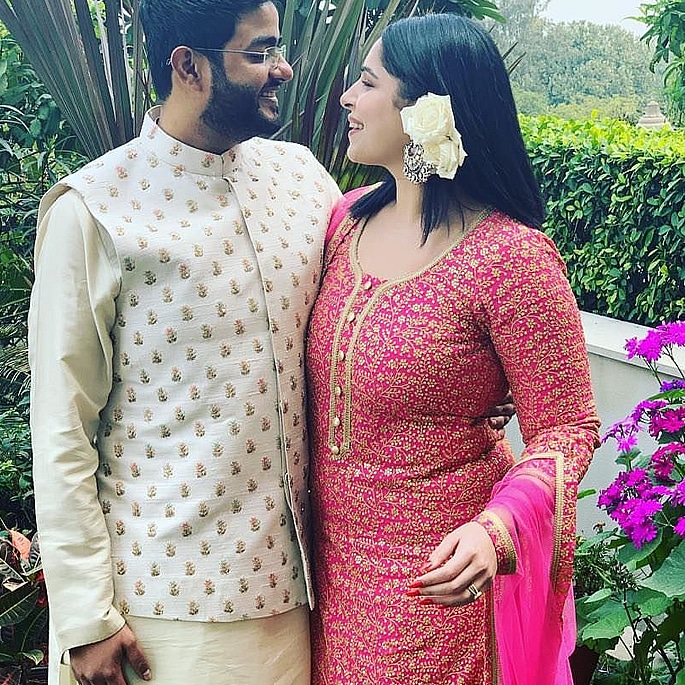 Priyanka’s mother Madhu Chopra also took to Instagram to share a photo from the ceremony and wrote:

“Blessing of the family at Siddharth’s n Ishita’s Roka.”

The ceremony was celebrated with a close family dinner on Wednesday evening, which was documented on Instagram.

Ishita shared a picture of the two families seated for dinner before Siddharth popped open a champagne bottle. 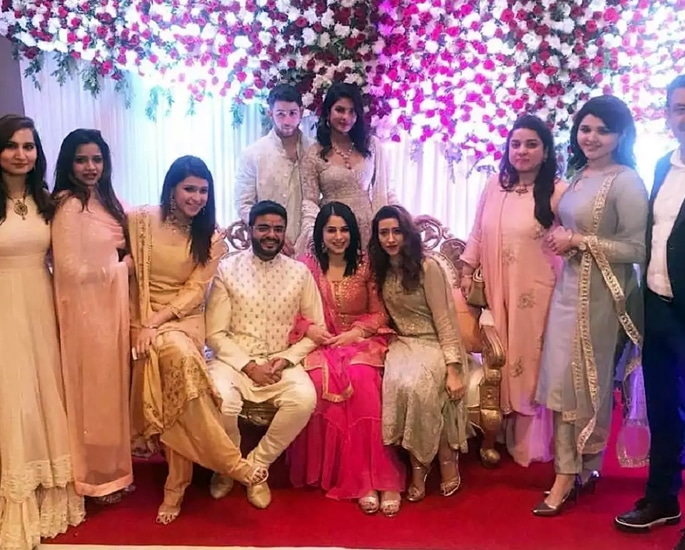 Siddharth and Ishita have been dating each other for a while. Siddharth owns a restaurant in Pune while Ishita is based out of London.

The couple celebrated New Years’ Eve with Priyanka and Nick.

On Wednesday, Priyanka also attended the launch event of Ralph Lauren’s first store in New Delhi. The actress was dressed in a black maxi from the designer’s label for the event.

Priyanka was last seen in Hollywood film Isn’t It Romantic?, which released on February 14, 2019, and is now streaming on Netflix India.

Her next project marks her return to Bollywood as she stars in The Sky is Pink. The film is directed by Shonali Bose and also stars Farhan Akhtar and Zaira Wasim.

It hasn’t been long since Priyanka had her own Roka ceremony. Chopra’s took place in Mumbai at her family home with both families and friends in attendance.

This was followed by an engagement party in the evening.

Dhiren is a journalism graduate with a passion for gaming, watching films and sports. He also enjoys cooking from time to time. His motto is to “Live life one day at a time.”
Is Kareena Kapoor Khan ‘Pregnant’ showing her Baby Bump?
Are Priyanka and Meghan no Longer Friends?