Bollywood actress Priyanka Chopra may have tied the knot with Nick Jonas in December but she has labelled herself a terrible wife. Find out why?

"You're not marrying that girl. I cannot cook."

Priyanka Chopra and Nick Jonas may be a power couple in the entertainment industry but the actress has called herself a “terrible wife”.

The 36-year-old actress made an appearance on ABC’s chat show The View and confessed that she is a “terrible wife” because of her lack of culinary skills.

Priyanka appeared on the show where she spoke about her marriage to American singer Nick Jonas and featuring in his music video ‘Sucker’.

The View co-host Sunny Hostin asked Priyanka about her differences between married and pre-married life which is when she opened up on her lack of cooking ability.

The Bollywood actress revealed that she told Nick when he proposed to her.

“And I told him that when he proposed. I was like, ‘Listen, you’re from a good Southern home [in Dallas]. You’re used to your mom making you amazing food, which she does. You’re not marrying that girl. I cannot cook.’

Even though she admitted she cannot cook, Priyanka spoke about the one thing she can make.

“I can make eggs, also sporadically, maybe at night. I’m better at making eggs at night for dinner.”

Priyanka revealed that she can only make them at night because she is fully awake at that time. She went on to say how that makes her feel like “I’m a terrible, terrible wife in that sense.”

When Priyanka confessed she cannot cook, Nick softened it all as he cannot cook either. He told her: “It’s alright babe, neither can I.” 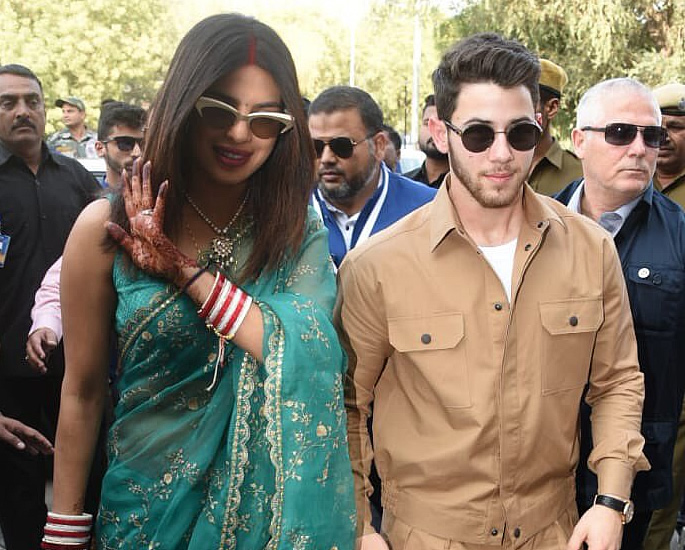 Sunny Hostin reminded the actress that Nick married a woman with a “brilliant mind.”

Priyanka also spoke about her YouTube special titled If I Could tell you Just One Thing. Priyanka sits down with a whole host of achievers and gets an insight into their lives.

She explained that the one thing she learned was that you have to evolve as people otherwise the world will leave you behind.

Priyanka got married to Nick in December 2018 in India where they had two ceremonies. Both were quite intimate and only close friends and family were invited.

They celebrated with several parties where a number of high profile guests attended.

See Priyanka’s appearance on The View

Dhiren is a journalism graduate with a passion for gaming, watching films and sports. He also enjoys cooking from time to time. His motto is to “Live life one day at a time.”
Actress Mandana Karimi gets Trolled for Topless Pose
Salman Khan gifts Katrina Kaif an Expensive Luxury Car