A TV anchor for a private Pakistani channel was shot dead. Mureed Abbas was murdered over a business dispute he was involved in.

"he [Zaman] wasn't giving it back to us and others"

They were allegedly killed by their business partner and friend Atif Zaman over a dispute relating to the suspect’s tyre trading scheme.

Mureed had worked for the private television channel Bol News in Karachi.

It is believed that the business investment had gone wrong which is what led to the double murder. Zaman owed money to the TV anchor after he invested in the business.

Zaman had also allegedly threatened Mureed before he called him to meet at an office. When they met, an armed Zaman chased the victim before shooting him dead.

He had also asked to meet Khizar at a cafe in Karachi. When he arrived, Zaman shot him. Khizar was taken to the hospital where he later died of his injuries.

Police identified Zaman as the suspect and raided his home. They found him at the house where he attempted to kill himself.

An officer said: “The suspect shot himself in the chest.”

Zaman was taken to the hospital in critical condition where he later confessed to the double murder. 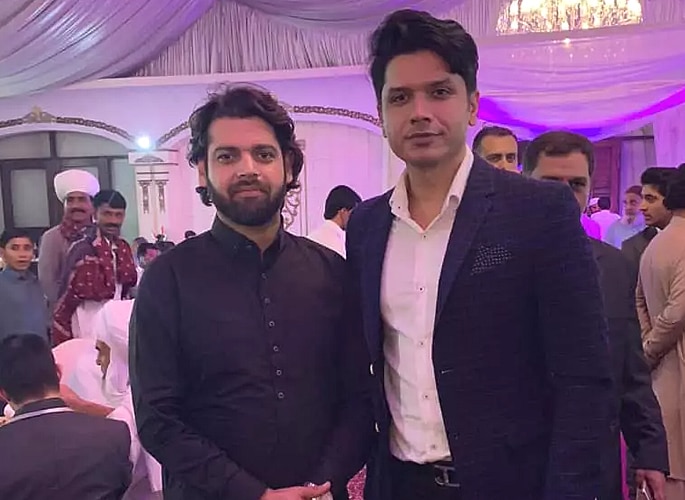 Mureed’s wife Zara Abbas claimed that Zaman had called her husband the night before the murder to give him Rs. 5 million (£25,200) that he owed.

She said: “We had invested our money in his business and he [Zaman] wasn’t giving it back to us and others, he would always make excuses.”

Police officers are looking at whether the case is more than just a monetary dispute as Mureed had filed police cases against several people in the past.

It was revealed that several friends of the TV anchor had invested a lot of money into Zaman’s tyre trading scheme but it was discovered to be nothing more than just a scam as he could not pay them back.

The investigation revealed that Zaman had 11 bank accounts in his name.

He was involved in the embezzlement of millions of rupees and had threatened clients who asked for the payment they were owed when they first invested.

According to police, Zaman was involved in the embezzlement of over Rs. 400 million (£2 million).

Zaman is the only person who has been arrested. Police are searching for his brother who has gone on the run.

Over 20 people have invested in Zaman’s scheme and are set to be questioned about the double murder.

Police believe that Atif Zaman committed the double murder after he was driven to the limit by his investors.

He had reached his tolerance threshold after constant demands from his investors for their due payments.

Dhiren is a journalism graduate with a passion for gaming, watching films and sports. He also enjoys cooking from time to time. His motto is to “Live life one day at a time.”
Pakistani Girl ‘Raped’ and left Naked on Karachi Beach
US Indian Art Gallery Owner charged for Smuggling $143m Relics