A 19-year-old mountaineer from Pakistan has reached the summit of Mount Everest. The achievement resulted in him making history.

A mountaineer from Pakistan scaled Mount Everest on May 11, 2021.

Lahore’s Shehroze Kashif made history at the same time, becoming the youngest Pakistani to reach the summit at the age of 19.

The achievement was confirmed by Chhang Dawa Sherpa, Nepalese mountaineer and the expedition manager of Seven Summit Treks.

On Facebook, he wrote: “Huge congratulations to Shehroze Kashif, 19, on becoming the youngest Pakistani to have climbed the Mt Everest (8848.86 metres).

Upon reaching the summit, Shehroze raised the Pakistani flag.

In preparation for his climb, Shehroze spent over a month at the Everest base camp in Nepal.

In an interview in February 2021, he spoke about climbing, fitness and the funds needed for achieving such feats.

Shehroze said: “There is no comparison between the training levels of a cricketer and a mountaineer.

“Sometimes, we have to climb for 26-hours in one go.

“The strongest thing in the world is the human mind, you cannot beat it.

“If your brain stops working at a higher altitude, that’s a big thing. You have to train yourself for those conditions.”

He revealed that the Everest expedition cost him Rs. 10 million (£46,000), with no sponsorship from the government. 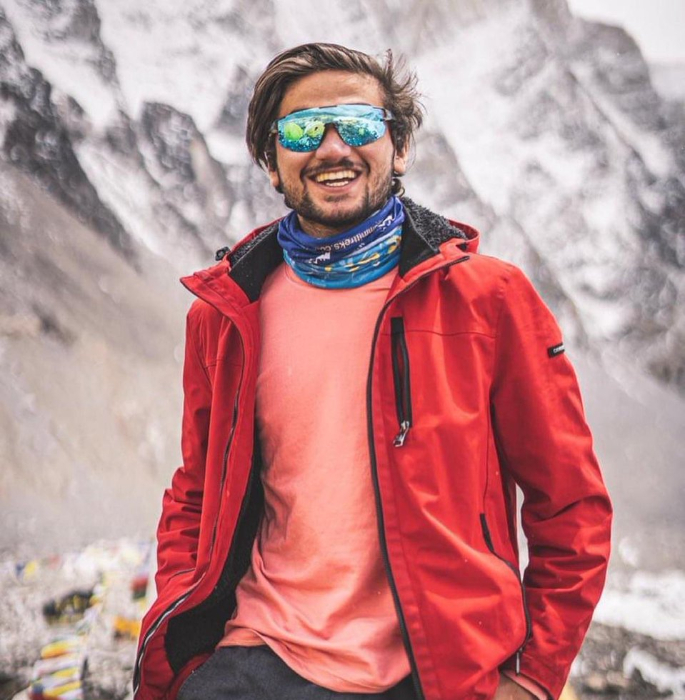 Shehroze has been climbing since the age of 11.

He has scaled the likes of Makra Peak, Chembra Peak and Khurdopin Pass.

At the age of 17, he scaled Broad Peak (8,047 metres), becoming the youngest Pakistani to do so. The achievement earned him the title ‘The Broad Boy’.

Following his successful Everest climb, Shehroze’s father called him a “special one”.

Kashif Abbas said: “He has been doing all these treks and climbs on his own.

“In fact, when he got to the Everest base camp, we found out how things could go wrong during the expedition.”

He revealed that he and his other three sons had no interest in mountaineering.

Kashif continued: “On his first trek, I had asked the guide to take him to the top and from then onwards Shehroze went to all trips on his own.

“So far I have supported Shehroze and the response to his success is overwhelming.”

“Probably after Mohammad Ali Sadpara, he is the most famous Pakistani climber.”

When scaling Everest, climbers enter the ‘death zone’, which is above 8,000 metres.

This is the point when the oxygen pressure is insufficient to sustain human life for an extended time span.

As a result, most rely on bottled oxygen.

This makes climbs over 6,000 metres riskier as the altitude increases.

Pakistani mountaineer Nazir Sabir was the first Pakistani to climb Everest on May 17, 2000.

Fellow mountaineers, politicians and social workers congratulated Shehroze Kashif on his achievement. They wished for his safe return.

Dhiren is a journalism graduate with a passion for gaming, watching films and sports. He also enjoys cooking from time to time. His motto is to “Live life one day at a time.”
Indian-origin Woman Racially Abused for Not wearing Mask
Youngest Indian Billionaire reveals India’s Covid-19 Reality