India’s youngest billionaire, Nikhil Kamath, has opened up on the reality of the country’s Covid-19 situation.

"India wasn't prepared as we could have been"

India’s youngest billionaire has revealed what life has really been like during the country’s Covid-19 situation.

Nikhil Kamath dropped out of school at the age of 14. He saved up approximately $190,000 from his time working at a call centre and a stockbroking company.

In 2010, he and his brother Nithin founded Zerodha.

The company is now India’s largest trading brokerage, valued at $3 billion and with 2,000 employees across the country.

Mr Kamath has been spending the lockdown at his home in Bengaluru.

He said the second wave has caused enormous strain on the medical sector.

“The situation has been bad across the world.

“For us, the second wave didn’t hit when the rest of the world did – it had a delayed onset.”

Mr Kamath said that the Indian government “hasn’t done a horrible job” handling the crisis, he believes it could have done “better”.

He told Daily Mail: “India wasn’t prepared as we could have been – bear in mind we are a very large population.

“It might have been easier if there was one-tenth of the people. We don’t have the capacity to cater to all the citizens of the country.

“But everybody is coming together and all working together, from the private sector and the government, from temporary hospitals and oxygen supplies.”

Hospitals have been forced to turn away patients due to a lack of beds and medical supplies.

There have also been stories of relatives desperately searching for someone to treat dying loved ones.

Many victims die without a doctor, and when a doctor is available, Covid-19 is not named as the cause of death unless the deceased was tested, which few have been.

The billionaire said the government “could definitely have done more” in preparation for the second wave.

However, he believes the international media has made India’s Covid-19 crisis appear worse than it actually is.

Mr Kamath said: “It’s not as bad as the foreign media has put it.

“The Indian media has been positive in their narrative, the truth lies in between somewhere.

While the world has seen photos of public cremations and people dying in the streets, Mr Kamath says it was not necessarily a true depiction of what India is going through.

“If you go outside it’s very quiet on the streets, but things are largely peaceful.”

“Every city has a certain crematorium or burial ground.

“If you were going to go into the streets, you don’t see cremations happening on the streets – it’s an exaggeration.”

He admitted that the situation is worse in “tiny pockets” of India’s larger cities where the concentration of Covid-positive people is higher.

Mr Kamath continued: “Lockdown has led to lower a lower number of cases and less chaos.

“It is bad but it’s not like ‘the world is ending’ kind of bad, but there are many people suffering.”

Despite the huge increases in cases, Mr Kamath says they are relative to the population.

“Out of the 1.5 billion we have, if you look at the fatality rate and at the positive people in the country – it’s much much lower.” 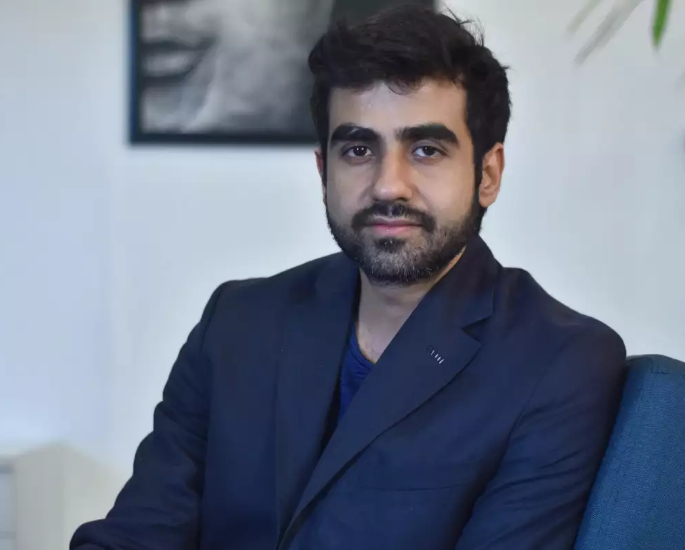 He said: “It makes sense with the strain [of Covid] we have.

“[The government] is doing a good job in protecting your population against the strain, so it makes sense as the risk is so high.”

According to the billionaire, while India’s Covid-19 crisis continues, citizens “haven’t given up in the face of the problem”.

“Everyone is fighting back, the government is coming together to fill the gap.

“Within a month or two I think the problem will be behind us.”

“We’ve been locked down for a large degree for a fortnight now and things will look up now. It’s not spreading at the rate it did when we weren’t in lockdown.”

Virologist Shaid Jameel said that while the infection curve may be showing signs of flattening, new cases are likely to drop off slowly.

He said: “We seem to be plateauing around 400,000 cases a day. It is still too early to say whether we have reached the peak.”

Despite his positive outlook on the pandemic, Mr Kamath suffered a loss when his longtime driver passed away in intensive care.

The billionaire said: “Thankfully he was able to get the care he needed.

“A lot of people I know have had Covid and I know many people who have been affected and died.”

Mr Kamath’s company has not been affected by the pandemic. He has now turned his attention towards relief efforts.

In April 2021, he paid $1 million to lease 20 ambulances to help vulnerable people get to hospital.

In addition to the pandemic, Mr Kamath has pledged $100 million over the next three years towards climate change.

Dhiren is a journalism graduate with a passion for gaming, watching films and sports. He also enjoys cooking from time to time. His motto is to “Live life one day at a time.”
Pakistani Mountaineer aged 19 reaches Mount Everest summit
US Indian Man arrested for Driving in Backseat of Tesla