"I wanted to dominate them as much as I could."

There was a lot to celebrate for the Men in Blue as opener Prithvi Shaw became the youngest Indian to score a century on his Test cricket debut.

During the first day of the 1st Test against the West Indies in Rajkot on 04 October 2018, Shaw hit a rapturous hundred off just 99 balls.

On a day when the rupee was falling, Shaw was clearly rising. He broke several records en route to his hundred.

Twitter was celebrating as everyone including experts were awe of this young man. He had captured everyone’s imagination.

Perhaps even he could not have envisaged such a dream beginning after being handed his Test cap earlier in the day by skipper Virat Kohli.

Prithvi the second Indian to open on Test debut smashed the third fastest hundred by anyone in the five-day format of the game.

Shaw is also the 15th Indian to score a Test century on debut. He joins many Indian stalwarts who have gone on to make a hundred on Test debut.

Speaking of his innings, Prithvi said: “I got the confidence and I didn’t feel the pressure. I wanted to dominate them as much as I could.

“I like dominating the bowlers and I was trying that. I was waiting for the loose balls and they bowled many boundary balls.

“So I was trying to balance it out between playing the ball on its merit and attacking the loose balls.”

The teenager from Mumbai has previously been India’s Under-19 captain. And he has just added yet another feather to his cap by scoring a maiden hundred on Test debut.

It is a remarkable hundred, with many experts heaping praise on the youngster.  Particularly in the way, he started his innings by leaving the ball outside the off stump. 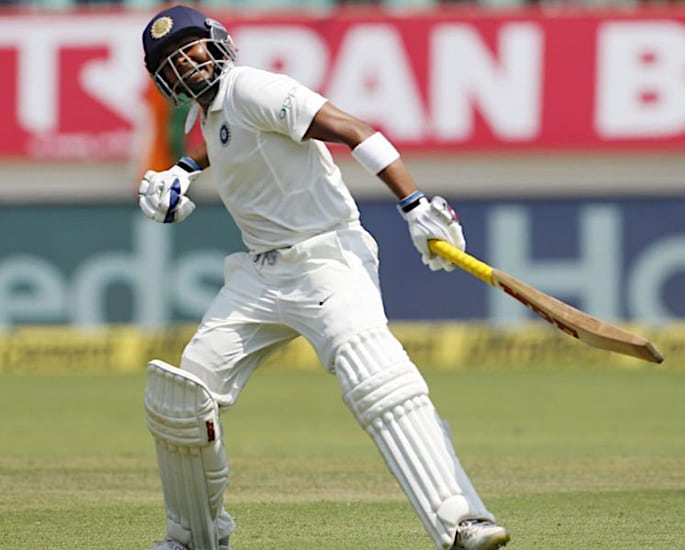 There was not an iota of doubt in his knock as he was in sublime form.

Having witnessed Prithvi score the hundred, Senior Journalist G Rajaraman says this about the 18-year-old.:

“There is no doubt that he has the talent. But it’s probably also a reflection of the kind of bowling attack that West Indies is carrying at the moment.

“But it should not take anything away from the temperament that this young lad has shown.

“For a teenager to be playing like this fiercely I think he’s carried on what he’s done in first-class cricket into Test cricket.

“And that’s wonderful. His real challenges will start now. He is known by the international cricket fraternity now. And he will have to keep reinventing himself and keep one step ahead of the competition.

“I think he seriously has the ability, got a very level head and I think he will play a very long time for India.”

Shaw led India to victory by 4 wickets against Australia in the final of the 2018 Under-19 Cricket World Cup in January/February. And he was selected for the Test squad against England in September 2018 but did not play.

He certainly made the most of the chance he has been given. Kudos to the selectors for giving providing the opportunity and fast-tracking him into the team and Test cricket.

Speaking on this Rajaraman adds: “I think this was the best time to blood him into Test cricket. You know West Indies is not a strong outfit.

“He could have played a couple of games in England. But you never know whether he would have carried this confidence in England with the ball moving a little.”

“I think it’s a good decision on the part of the selectors and team management to blood him in.”

On his way to a hundred, Prithvi made history. He got to his century in 99 balls – this being the third fastest on Test debut.

At 18 years and 329 days, Shaw is fourth on the list of youngest cricketers to score a hundred on debut. And he’s the youngest Indian after legendary Sachin Tendulkar. 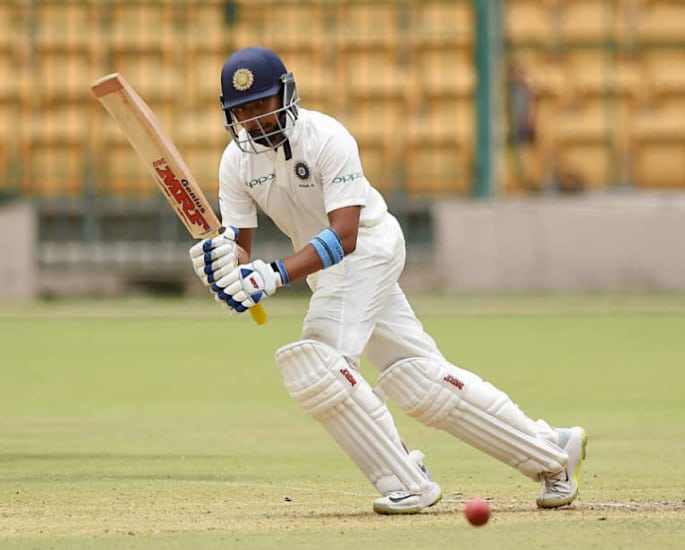 “I think it was a sensational debut. It was more or less half expected in the sense that he has been such a prolific scorer.

“Then again being the first Test, and everybody expecting him to do something special must have been paying heavily on his mind.

“The West Indies attack was not particularly penetrating or good. But anyway a 100 is a hundred. And in a Test match, on his debut is very special.”

Throughout his innings of 134, Prithvi slammed some wonderful shots to all parts of the wicket.

One shot towards fine leg and a square cut from the back foot stood out purely for his timing.

Whenever the ball was pitched short, Shaw was well in position as he invariably dispatched the ball to the boundary. This indicates he read the pitch and the variations of the bowlers well.

Prithvi, however, did have the help of fellow opener Cheteshwar Pujara at the other end. Pujara who scored 86 is a very level-headed and calming influence. He would have given Shaw a lot of confidence.

Already there have been comparisons made between Prithvi, Tendulkar and Virender Sehwag.

But for now, that would be unfair as he should be seen as Prithvi Shaw. And one should allow him to prosper and evolve as a batsman.

The opening batsman is a rare talent who played fearless cricket on day 1 of this Test match. He is quite similar to Dhawan in that respect.

Also, don’t forget Tendulkar moved up the ranks from middle order to the opening slot.

The way Shaw played will prepare him for tougher challenges ahead, including the tour down under in Australia.

There is a lot of competition for the opening slot. But in this form, he is certainly one who cannot be discarded. He will take a lot of confidence getting a hundred on debut.

The Australian pitches should suit him as they are fast and hard. His game plan is such that he should relish these pitches.

Having said that, playing in Australia against them will be a different kettle of fish altogether.

Meanwhile, as India dominated against the West Indies, the day belonged to Prithvi. He pulverised the opposition. Firstly with a 56 ball fifty and then went to get a 99 ball century.

Certainly, Prithvi Shaw is a very exciting prospect coming to fruition and he should serve Indian cricket for a very long time.

Images courtesy of AFP and IANS.