Kiran Mazumdar-Shaw is India’s first and only self-made billionaire after investing in the biotechnology sector. We look at her success and influence.

"Failure is intrinsic to entrepreneurial success."

Kiran Mazumdar-Shaw is India’s first and only self-made female billionaire.

She amassed her fortune in the biotechnology sector when she founded Biocon, a biopharmaceutical company based in Bangalore, India.

The company was founded in 1978. Since then, the company has grown under the leadership of Ms Mazumdar-Shaw and is India’s largest company in the sector.

Biocon was listed on the stock market in 2004 by Kiran with the intention of raising capital to further develop it’s research programs.

Once it was listed on the stock market, two historic achievements came with it.

This led to the IPO being oversubscribed 33 times and at the close of its first day, it had a market value of $1.1 billion.

As a result, Biocon became the second Indian company to cross the $1 billion mark on the first day of listings.

The company is committed to innovation and affordability in providing the best therapeutics to patients across the globe. Kiran Mazumdar-Shaw’s efforts as an entrepreneur make her a pioneer of the biotechnology industry in India.

She has also gained international recognition. In 2010, Kiran was named among TIME magazine’s 100 most influential people in the world.

In 2015, Forbes magazine recognised Kiran as the 85th most powerful woman in the world.

Ms Mazumdar-Shaw’s leadership has made India proud by building Biocon into a globally recognised biopharmaceutical enterprise.

As well as her position as chairperson at Biocon, Kiran holds other key positions in various bodies.

One of her most important roles is her position as a committee member representing the Department of Biotechnology (DBT).

She and other members review autonomous organisations under the administrative control of the department.

Kiran is also a founding member of Karnataka’s Vision Group on Biotechnology, which she chairs.

Her initial success with Biocon has given Kiran many more opportunities within the biotechnology industry.

However, after receiving her Master’s Degree from University in 1978, it was difficult for Kiran to find a job.

She returned to India after completing a degree in brewing in Australia.

Even though she had the qualifications, every Indian beer company she contacted did not hire her. 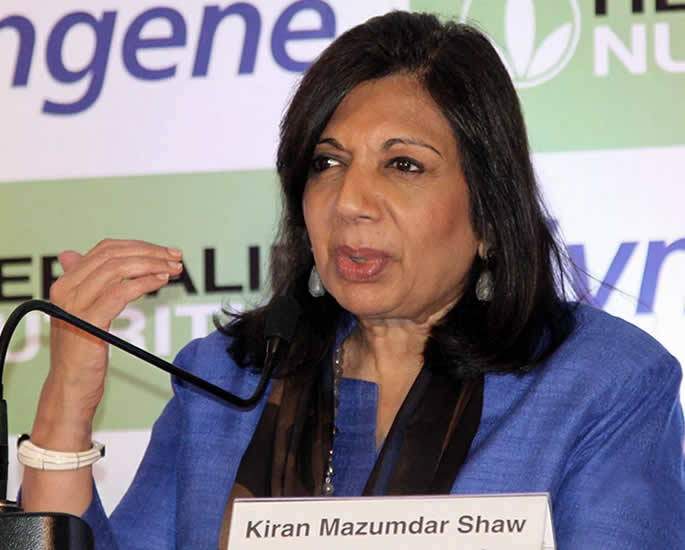 “They admitted that hiring a woman as a brewer was something they would not be comfortable with.”

While the situation was unfair to her, she instead founded Biocon, which proved to be a good move.

Her venture into biotechnology and pharmaceutics came by accident.

Kiran was due to start a brewery job in Scotland when she had a meeting with Irish entrepreneur Leslie Auchincloss.

He wanted to set up a pharmaceutical business in India and was instantly impressed by Kiran. He immediately asked her to be his partner and lead the business.

Kiran initially turned the opportunity down. She said:

“I am the last person he should ask because I had no business experience, and I had no money to invest.”

Leslie persuaded her a final time and saw Biocon established in 1978.

Many people initially did not come aboard as they did not want to work for a woman and banks were not willing to give her a loan.

In 1979, one banker gave Kiran a business loan and the rest is history.

Kiran owes her success to her past failures.

She said: “Failure is intrinsic to entrepreneurial success.”

The entrepreneur is passing on advice to other businesswomen for them to be successful.

She said: “If you speak up, don’t think that the questions you’re going to ask will be silly.”

“I believe women need to believe in themselves a lot more

“Don’t give up, because it is an endurance test but I think if you’re really clear about your intent and purpose, you will get to the finish line easier.” 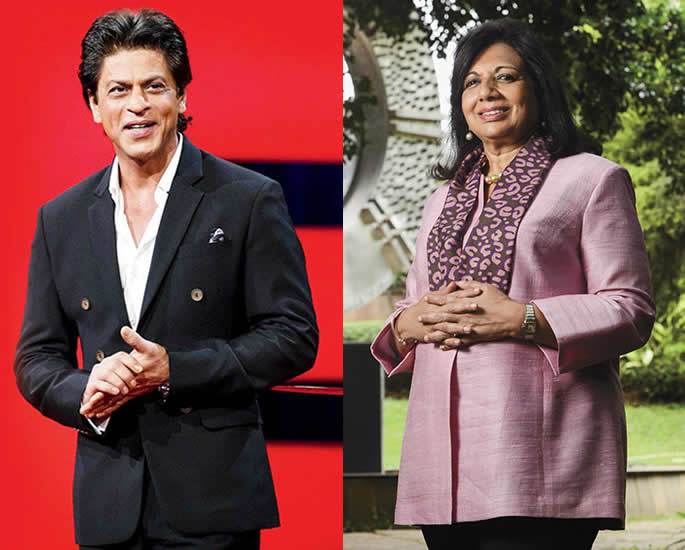 India’s first female billionaire has inspired not only other entrepreneurs but celebrities.

In 2017, Shahrukh Khan revealed that Kiran is one of his role models.

He shared that it was 25 years since coming to Mumbai and credited the city for giving him his life.

Kiran responded: “Congrats SRK on such an amazing journey and such an awesome milestone.”

Shah replied: “Thank you so much. You are always kind and encouraging.”

“You are the role model I follow as always.”

Ms Mazumdar-Shaw is optimistic that there will be more self-made female billionaires in the future.

Kiran added: “I hope in the next 10 years, a lot more self-made women billionaires will emerge.”

Dhiren is a journalism graduate with a passion for gaming, watching films and sports. He also enjoys cooking from time to time. His motto is to “Live life one day at a time.”
Croydon Man jailed for Renting £728,000 Worth of Stolen Cars
Imran Ali Hanged and Father of Zainab says ‘Justice is Served’