British Asian managers coaching football have been successful in the UK and beyond. We take a look at 7 Top British Asian Football Coaches.

"I saw my brother smile. He then walked over to my football equipment and said football"

British Asian Football Coaches have made good inroads in the UK and across the world.

Many of these football coaches have a diverse array of talents and an extensive background of the game.

Some of them started as players, before making the transition as managers and coaches.

Not only are they tactically astute, but work with players and teams to inspire and discipline them.

They have earned the respect of their players and clubs by leading from the front.

Here’s a list of seven Top British Asian Football Coaches who have transformed their ability into amazing success: 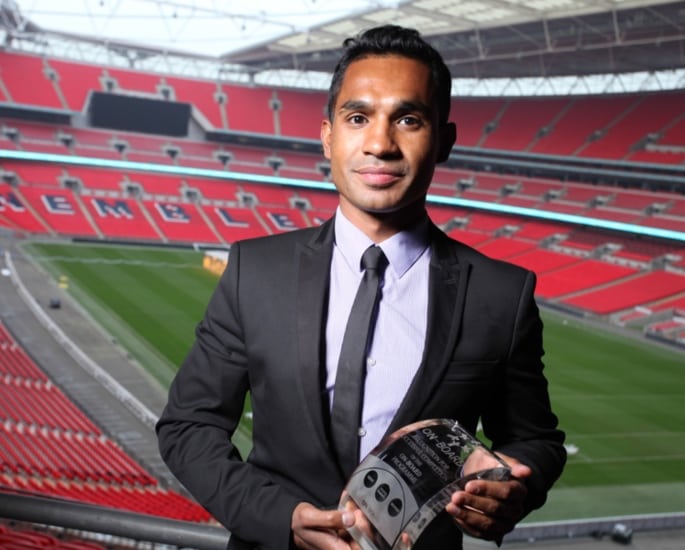 Taff Rahman is a determined professional football coach with a hunger for developing players. He wants to make sure they reach a peak level of success.

Rahman who has set the bar high has big ambitions. With experience behind him, he became Assistant Manager of the Guyanan national team in 2018.

As a Coach and Educator, Taff has managed projects with the Professional Footballers Association (PFA), the Football Association (FA) and several governing bodies.

Rahman began playing grassroots football in the Harrow Youth Football League. Before he got to Arsenal, Taff was actually playing for Luton Town.

From there Rahman moved to QPR, which was like his local club as he was living around Hendon at the time.

As an 11-year-old, he got picked up by Arsenal and spent time until the under-18s going through the youth system.

Taff was fortunate to train with greats such as Thierry Henry and Robert Pires upon their return from the 1998 World Cup.

Injury and losing his mother to cancer curtailed his football career. He then found a pathway to remain in the game.

Taff has taken a journey, giving back to the game he loves so much. He is a role model for aspiring young British Asian footballers.

Rahman who holds a sports science and coach degree from Roehampton University has achieved a diploma in football management from the League Managers Association.

He has even attained an “On Board” merit, following the completion of a course on corporate governance.

After initially coming back to Arsenal, Taff next served as Tottenham Hotspurs Academy Coach, before obtaining a UEFA A License. He then joined the FA’s Coach scheme to work with England youth camps.

In recognition of his work, Rahman was named coach of the year at the 2017 Asian Football Awards. 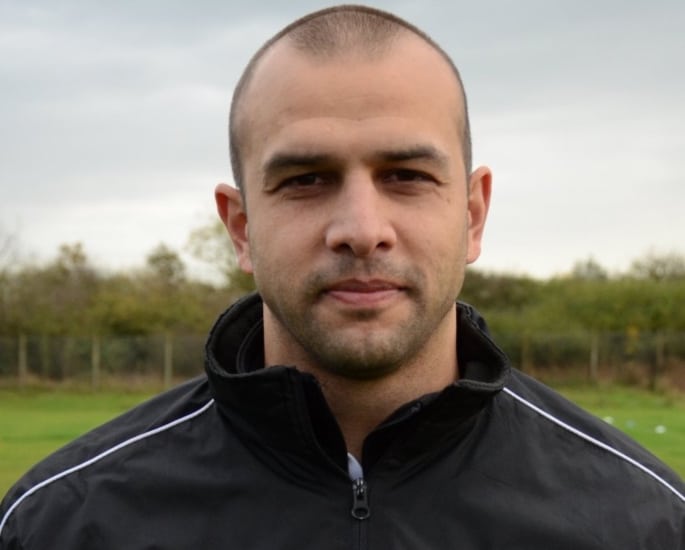 Anwar Uddin is a fully qualified football coach. He has good experience of coaching league and non-league football clubs, working with senior and academy players of various ages.

Anwar was the first player of Bangladeshi origin to play professional football in England. Uddin had a successful playing career as a football defender, starting with West Ham United in 2001.

At Dagenham & Redbridge he was the first British Asian to captain a club in the top 4 divisions of English football.

Other clubs he represented included Bristol Rovers and Barnet.

In September 2013, Anwar got his first taste of management returning to West Ham United, as a part-time Academy Coach for their youth team.

Uddin who holds a UEFA B License, cut his next coaching teeth at Barnet as Assistant Manager in 2011.

He relished the coaching sessions at Barnet. It was a massive achievement for him as Barnet stayed up having once been in the relegation zone.

“He made his name in the FA Cup. Again someone who has more to offer. Again a lot of players have got so much experience playing the game at different levels.

“Coaching is a great situation for them. Because they’ve got so much that they can give to the younger players. And he was great to work with.”

Following his managing stint at Barnet, he caught the coaching bug. One step ahead, Uddin had already done his coaching badges throughout his career.

After a few years gap, he became the Assistant manager with Maldon & Tiptree. Anwar was next coaching his local team Sporting Bengal United.

He has also worked as ‘Diversity and Campaigns Manager’ for The Football Supporters Federation (FSF) in Partnership with the Kick It Out campaign. 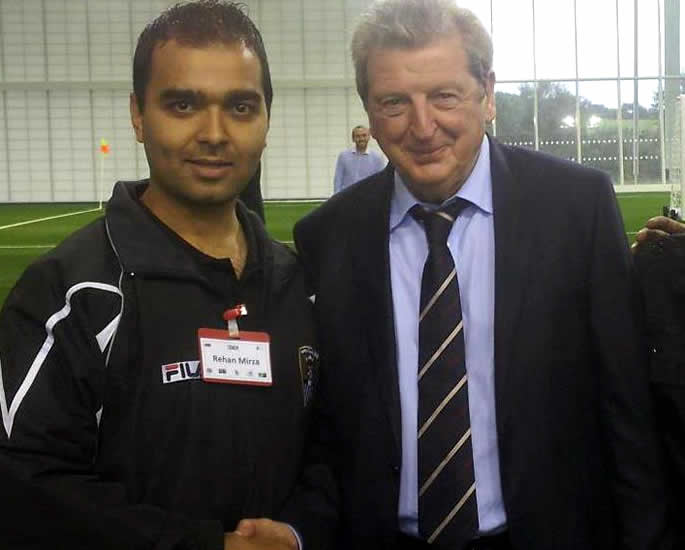 Rehan Mirza is a British-Pakistani Football Coach and candidate for UEFA A Licence. He is an Under-16 Youth Development Phase Coach at Burton Albion FC Academy.

In addition to this, Mirza coaches for his very own Virtuoso Football Academy.

During a spell at Mansfield Town centre of excellence, Mirza obtained his UEFA B Coaching License.

From 2010-2012. he was the coach at the Centre of Excellence of Notts County Football Club.

His most memorable coaching moment came in summer 2010 when he managed and coached a Pakistan International XI team that faced Woking FC.

He has the full support from the Football Association who are aiding his quest to achieve this coaching license.

Rehan is always seeking further coaching roles within the East Midlands area, where he can have more control in applying his coaching techniques.

Mirza feels his knowledge of the ‘up to date’ game can result in producing a good standard of players.

For more on him read the fantastic document, ‘Coaching the Coaches: Rehan Mirza on Basic principles of a coaching session.’ 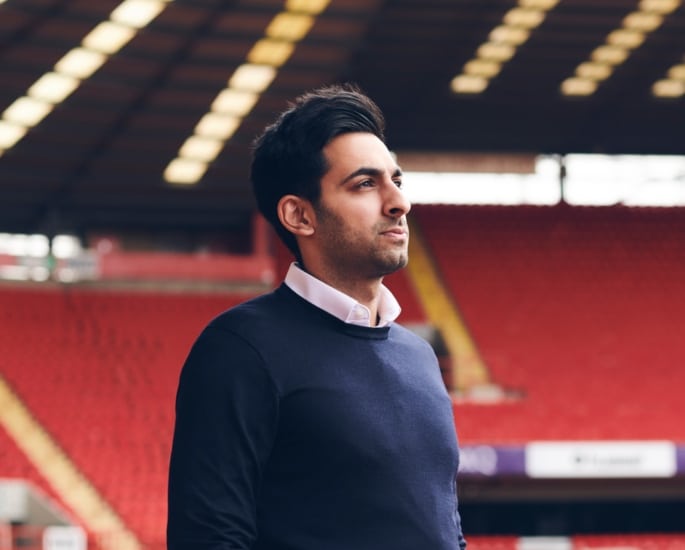 Mishra when managing the team is very target driven. Always firing up his players, he normally advises them of creating a  “moment or memory” on the football pitch.

Having worked with and coached by household names, he finds it very easy to work with other people in teams. He also has a competitive edge, coming from his football experience.

At the age of 9, Riteesh joined Notts County, before signing up with Nottingham Forest and graduating from the academy set up as a young lad.

After briefly playing in the lower divisions of Scotland, The University of Stirling gave him Sponsorship Athlete status. This provided an opportunity for him to develop and flourish in football.

Whilst still playing, Mishra began coaching and acquired badges at Forest. During the 2013/2014 season, he completed his UEFA B License.

His playing days came to a slightly premature end, following injury. He enhanced his experience of coaching various boys academies at Falkirk FC and Nottingham Forest.

In summer 2013, Riteesh was fortunate enough to coach players in the US under an elite sponsorship programme.

In 2014, Mishra joined CAWFC initially helping the Under-16s. As the first-team coach, he delivers coaching sessions for the squad. His aim is to help individuals and develop them “technically, tactically and mentally.”

Under his management, the team aka The Addicks have won the 2017 and 2018 London Capital Senior Cup. 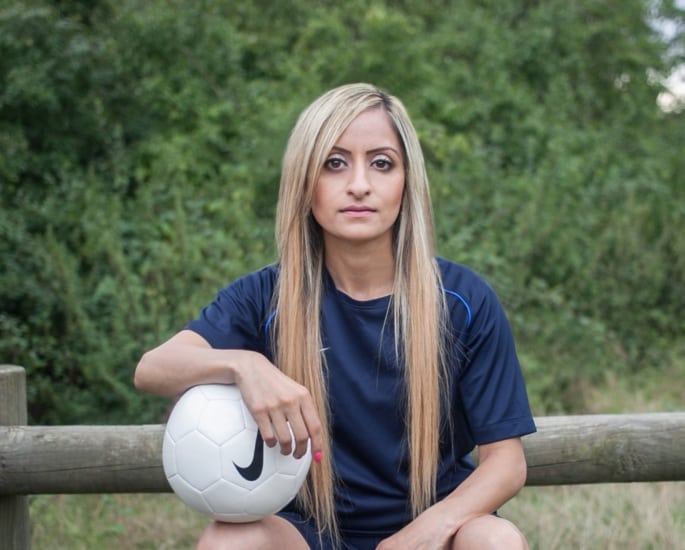 Manisha Tailor is an award-winning and influential football coach.

Based on FA’s over 20 years historical information, Tailor is one of 19 Asian Women holding the distinguished football coaching UEFA B License.

Since 2016 Manisha has been Academy Coach with Queens Park Rangers FC. She is a former Middlesex Centre of Excellence youth-team coach and FA tutor.

Manisha is also the Director of Swaggarlicious. This is a company she found to use the power of football and education for encouraging various groups into the sport including females, BAME communities, those with learning difficulties and people who suffer from mental health issues.

Inspired by the strength and hope of her twin brother, Tailor developed a passion and love for football at the age of 8.

To help find a trigger for her twin brother’s recovery from mental illness, she decided to pursue a career in football.

One day, after returning home from work, Manisha recalls:

“I saw my brother smile. He then walked over to my football equipment and said football….Manisha. I paused, took a deep breath and tried to absorb what he had said.

Although a little confused, I immediately knew that there was a connection and that was between me, my brother and football.”

In recognition of her work within football and the community, Tailor has won several awards.

These include Women in Football at The 2013 Asian Football Awards, the 2015 Trevor Hutton Community Shield for her work with Girls in Football at St Gregory’s College, the 2016 honorary award for Sport and Community with ‘Life Effects’ along with winning ‘Rising Star in Sport’ with WeAreTheCity.

‘Indebted’ to the beautiful game of football, she was awarded an MBE in 2016. 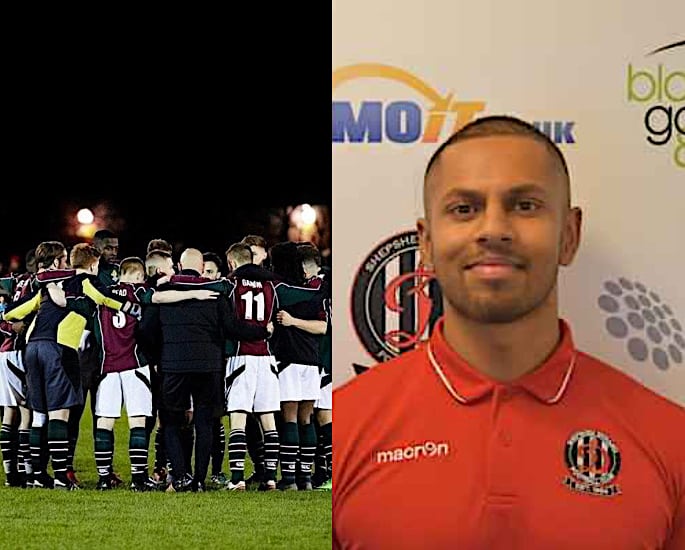 Nimesh Patel is an experienced UEFA B and FA level 1, 2 Coach and Educator of football, with a proven track record in the sports industry.

His areas of expertise are Sports Psychology, Player Development and Sports Management.

Patel has a strong record of developing players, coaches and attaining excellent results in the elite game.

Two years after completing a Bachelor of Science (BSc) in Sports and Exercise from Nottingham Trent University, Nimesh began his career in coaching.

As Head of Football at the University of Leicester, he is responsible for coaching and managing the first team, along with overseeing their overall programme for the sport.

Since 2012, he has worked in a number of different coaching positions at the same time. His range of employers includes Coalville Town Football Club, Leicestershire and Rutland County FA and Coventry City Football Club.

However one of his biggest portfolio of work lies with The Football Association. Primarily covering the Leicester region, he is responsible for the delivering of FA Level 1 and 2 football coaching qualifications.

In 2014, Patel led Leicestershire U18 County Squad to victory in the Midlands Counties Youth Football League Play-Off Final. This ended a 26-year drought without silverware.

During the 2016/2017 season, Nimesh guided his representative squad to win the Midland Counties Youth League title

Patel was shortlisted under the coach award category for the 2017 Asian Football Awards. 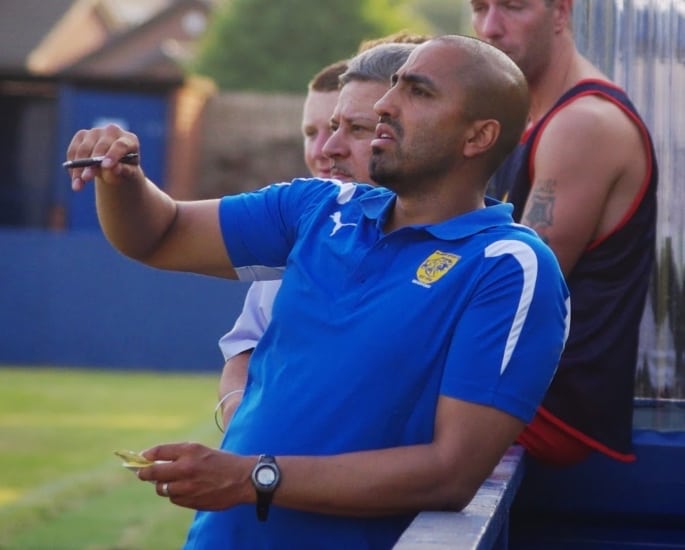 Pav Singh is a County Football Coach, covering the areas of Leicestershire and Rutland.

For over 4 years he has been coaching the coaches up to UEFA B and been involved with other pathway programmes.

Pav has been coaching for over 15 years now. Like many as a young boy, he wanted to become a professional footballer. But when he broke his leg, he had to rethink his plans.

Thus he did several coaching badges and education courses.

Singh went down the sports development route first. But he coached on the side and played at a semi-professional level for Farsley Celtic, Harrogate Town and Albion Sports.

He had a brief spell as a Higher Education Lecturer in Sports Coaching and Performance at Leeds City College.

On a part-time basis, Singh became an FA tutor, before landing the role as FA Football Coach in 2016. His journey has all been about football.

In the work Pav is involved with the Football Association, he comes across people from different backgrounds.

For him, one of the most important things is to educate people using his life and football experiences – having values and respect is also vital to Singh.

Pav encourages coaches to take a risk, as he feels it will hopefully have a ripple effect on their players.

With the success of the aforementioned, it is time for British Asian players and coaches to not be ignored and under-represented.

DESI Fans will be hoping to see many more British Asian footballers emerging and then becoming established coaches and managers.