Two Indian climbers have been banned by Nepal’s Ministry of Tourism for faking their climb to Mount Everest’s summit in 2016.

"They had submitted fake documents (including photographs)."

The Ministry of Culture, Tourism and Civil Aviation of Nepal banned two Indian climbers for faking their climb to Mount Everest’s summit in 2016, on Wednesday, February 10, 2021.

The climbers, Narender Singh Yadav and Seema Rani Goswami tried to support their claim by submitting fake documents and photographs.

Their climb was certified by the tourism department at the time.

Yadav was even recommended for the Tenzing Norgay Award, the highest adventure sports honour in India.

However, once concerns about the climb being fake emerged, his name was withheld by the sports ministry.

Suspicions started to emerge when Yadav failed to produce any real evidence to prove his feat, following his nomination to the Tenzing Norgay Award.

Pradip Kumar Koirala, a joint secretary in the Ministry of Tourism and chairman of the investigating committee, told The Indian Express:

“The ministry has decided to cancel the summit certificates of the two Indian mountaineers Narender Singh Yadav and Seema Rani.

“In our investigation, we found that they had submitted fake documents (including photographs).

“Based on the documents and the conversation with the officials concerned, including sherpas, we reached this conclusion.”

Yadav, Goswami, and team leader Naba Kumar Phukon have been given six-year retrospective bans. The bans are in effect from 2016, given that their bogus climb took place that year.

The two climbers were part of a 14-member private expedition, led by Phukon. Their Everest summit certification has also been revoked. 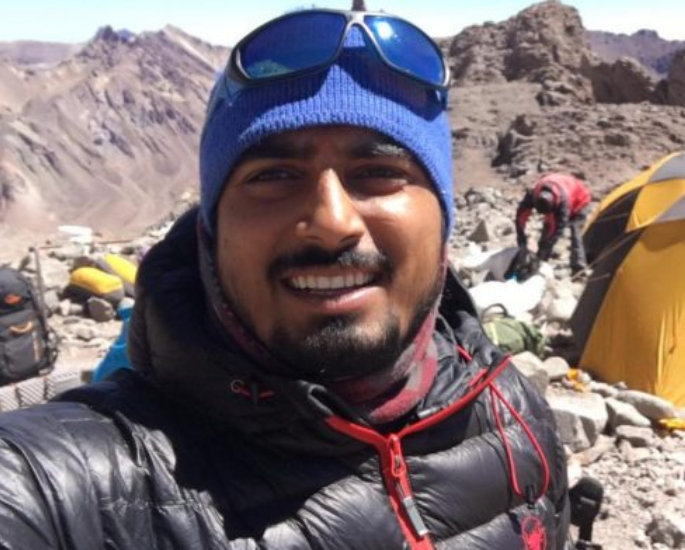 Phukon had previously alleged that Yadav’s picture at the summit was fake and even questioned his claim of scaling Mount Everest.

According to his version, he was returning after scaling the peak, and that is when he saw Yadav and Goswami at South Col (a ridge).

Phukon reported: “Their oxygen cylinders were not working, and their sherpa Dawa Sherpa too was not there.

“Seeing their condition, I told both of them to return (to base camp). Later, I met Rani at Lhotse Face, and she was suffering from frostbite.

“I called the sherpas at base camp, and they launched a rescue for her. Yadav had already left for the base camp.

“When I got to know about both Yadav and Rani getting the certificates, I raised the issue.

“Whatever happened was between the climbers, trekking company and liaison officer.

“The trekking company and sherpas attest the climb to the liaison officer.”

Besides, for violating regulations under the Nepal Tourism Act, 1978, the ministry even imposed a fine of Rs. 10,000 (£62) on Dawa Sherpa, Yadav and Rani’s guide.

The company reported having no role in the fake climb.

“If the climbers do a fake climb, how will the trekking company get to know?”

“Our task is to assist in getting the permit, organise the trek and route. The two Indian climbers showed us the pictures of their summit, and we wrote that they had climbed.

“The Nepal Ministry of Tourism decides about the certificates.”

Yadav and Rani have not disclosed any comment on the announcement yet.

Manisha is a South Asian Studies graduate with a passion for writing and foreign languages. She loves reading about South Asian history and speaks five languages. Her motto is: "If opportunity doesn't knock, build a door."
Indian Government considering a Four-day Working Week
Married Couple convicted of Killing Shopkeeper Brother-in-Law