The Brand Vision Summit 2022 Awards was graced by Bollywood Stars. We highlight the glittering event and winners.

“Everyone works hard to do something new"

The Brand Vision Summit 2022 Awards was graced by Bollywood Stars. We highlight the glittering event and winners.

Mumbai was the host city for the prestigious Brand Vision Summit 2022 Awards. This was to recognise outstanding and game-changing achievements.

The awards ceremony that took place on Friday, March 4, 2022, was an initiative of Nex Brands.

The Brand Vision Summit 2022 was also a glitzy and glamorous Bollywood affair on the red carpet.

The night was particularly special for one actor. Bobby Deol went on to collect the ‘OTT Superstar -Male’ Award.

His recognition was especially a testament to his back to back performances on OTT platforms like Netflix, ZEE5 and MX player.

He had a riveting representation of Babra Nirala in Aashram (2020). He was also powerful portraying Dean Vijay Singh in Class of 83’

In addition, his brutal and ruthless character of Vijay Singh Dagar in Love Hostel (2022) was also a big stand out. 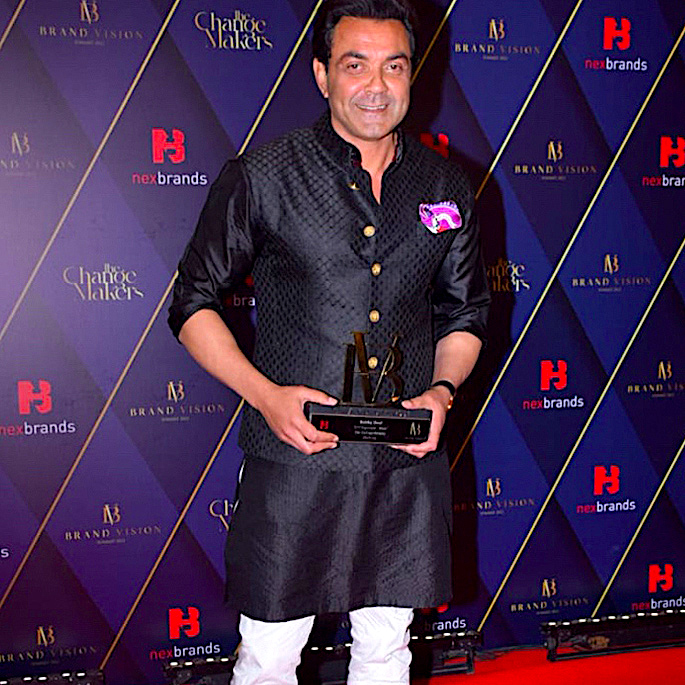 Bobby was looking dapper in a fine black kurta and waistcoat, with white straight pants.

After collecting his award for his exceptional accomplishments in the digital space, he spoke to the media.

He was grateful to all, along with highlighting OTT as a game-changer:

“I am thankful for all the love and appreciation received for my performances in the OTT world. For me that’s the biggest recognition, to get love from my fans and audience.

“OTT has opened doors for all the actors to portray roles beyond our limits.”

“I strive to keep working hard and would like to take up different roles to entertain my fans.”

Speaking about the summit and having to reinvent himself during hard times, Bobby added:

“Everyone works hard to do something new and something different to create some sort of change. I was struggling with myself about when am I going to bring change in myself.

“So, yeah, I think it is good to be part of this award function because eventually hard work always pays off.” 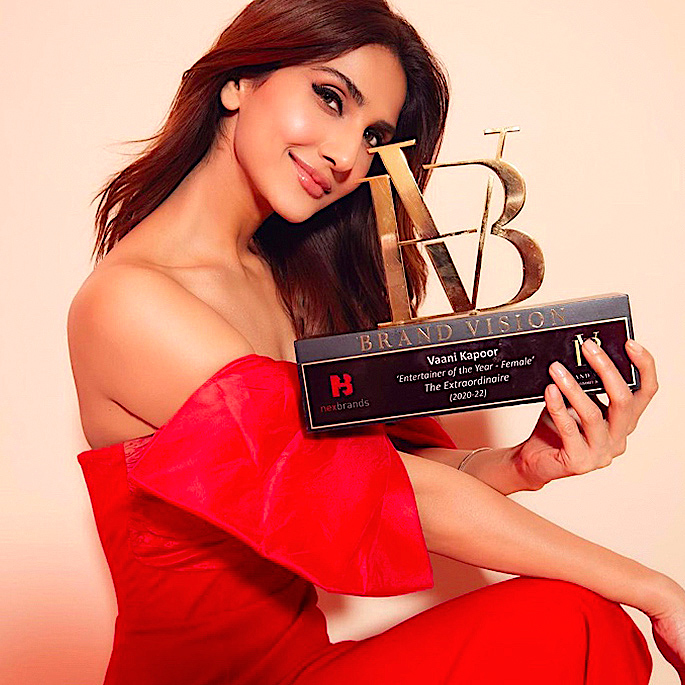 Actress Vaani Kapoor of Befikre (2016) fame, was also stunning as ever. She took the red carpet in an off the shoulder red long gown. Vaani was also felicitated with an award.

She had gone to bag the ‘Entertainer of the Year – Female – The Extraordinaire’ award. She went on her official Instagram to thank Nex Brands for the honour.

Other Bollywood names also had the x-factor at the awards night.

Mouni Roy chose a white and black print gown with a thigh-high slit. Bhumi Pednekar was dressed in a multi-coloured one-shouldered maxi dress.

Whilst Neha Dhupia wore a black monotone suit with a black shirt, Yami Gautam was wearing a yellow c0-ord suit. 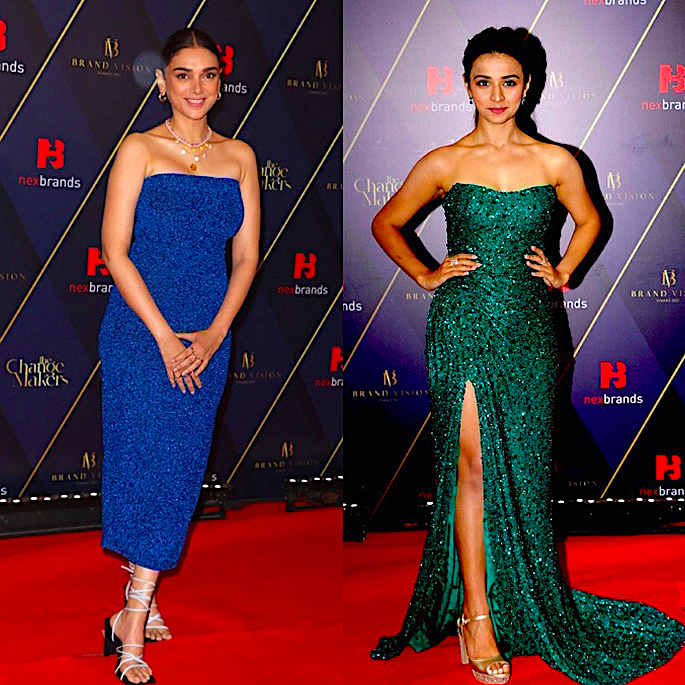 Entertainer of the Year – Female – The Extraordinaire
Vaani Kapoor

Aditi Rao Hydari, Bhumi Bhednekar and others from Bollywood were also winners. Individuals from different sectors also received trophies during the awards ceremony.

This was the sixth edition of the event ever since it was launched in 2015.

Anchor and actor Arpit Sharma was the host for this grand event. We look forward to the 7th edition in 2023.

The event again will celebrate top achievers in Bollywood and across other fields.