5 Zayn Malik Looks that Prove he is a Fashion Icon

A clothing line with Versace and a shoe collaboration with Giuseppe Zanotti, no wonder Zayn Malik was voted the ‘Best Dressed Male of 2017’ by GQ magazine.

“I’ve always had a bit of individual style"

Zayn Malik has never been one to shy away from recent trends.

His style has always been experimental and he has always kept us on our toes on his next style venture.

He was recently voted the ‘Best Dressed Male of 2017’ by GQ magazine readers.

Commenting on his style in his autobiography, Zayn writes: “I’ve always had a bit of individual style.”

DESIblitz looks back at some of Zayn’s most fashionable moments. 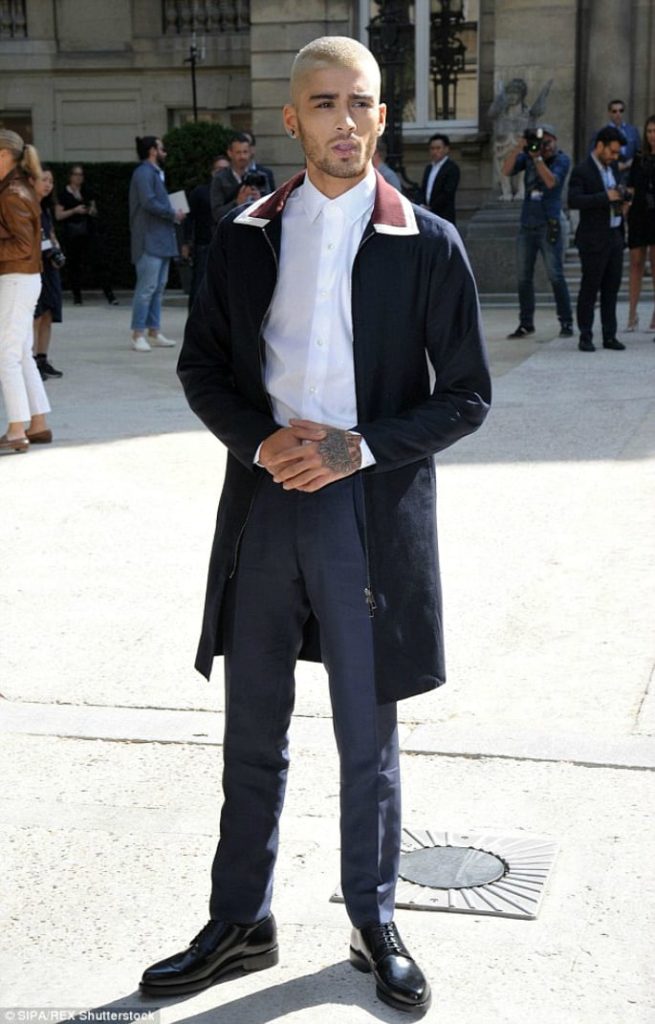 In true high fashion glory, Zayn stunned at the Valentino show in Paris Fashion Week with this dapper and smart ensemble.

Sporting a navy trouser and white shirt combo. He completed his elegant look with a smart knee length jacket.

His cream and maroon lapels were not the only things that created a bold and bright statement.

As Zayn debuted his new ash blonde shaved head. This form of structured tailoring definitely gets our approval. 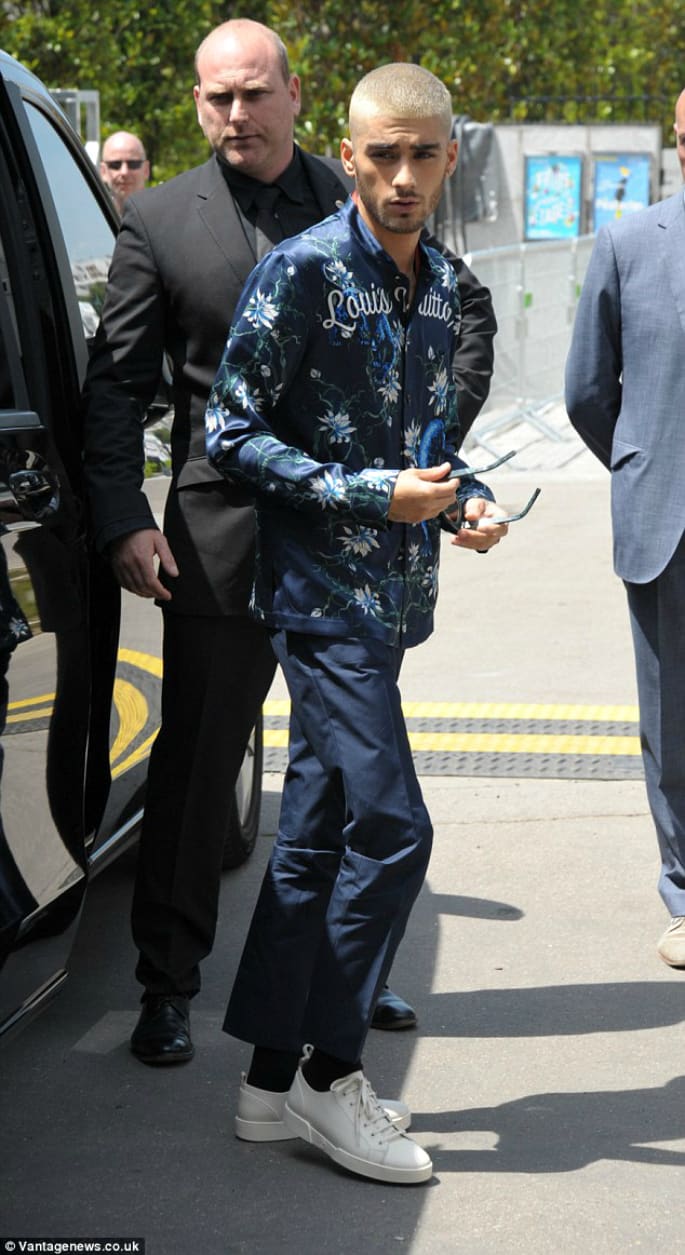 Making another appearance at Paris Fashion Week, Zayn took his own spin on holiday dressing at the Louis Vuitton men’s show.

Malik showed that he is on top of trends as he was the first to wear a silk shirt from the new Louis Vuitton collection. He certainly rocked the floral oriental print.

Bringing chino’s back into style and wearing a pair of crisp white sneakers Zayn’s sense of style shone at the runway show in Paris. 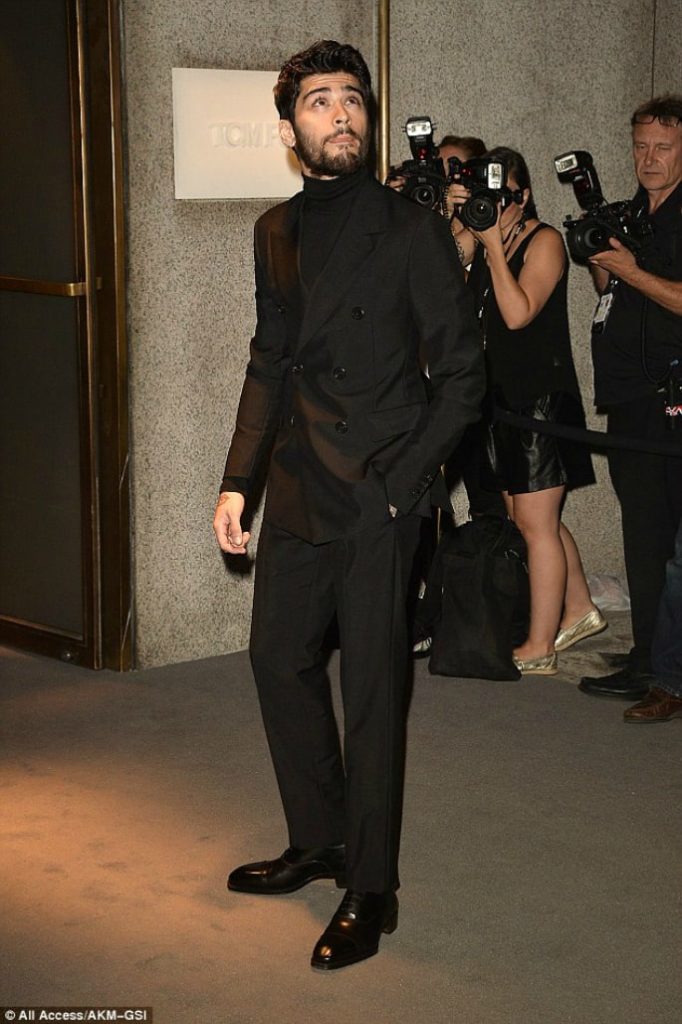 All black everything, the ‘Pillowtalk’ singer shows off major style credentials. He teamed up a black polo neck with a double-breasted suit jacket.

Sticking with his all black ensemble Zayn wore matching skinnies and a pair of black pointy shoes.

We particularly love the contrast of his smart clothing mixed with his scruffy hair and beard.

Only Zayn Malik could rock a turtleneck on one of the hottest days of the year in New York. 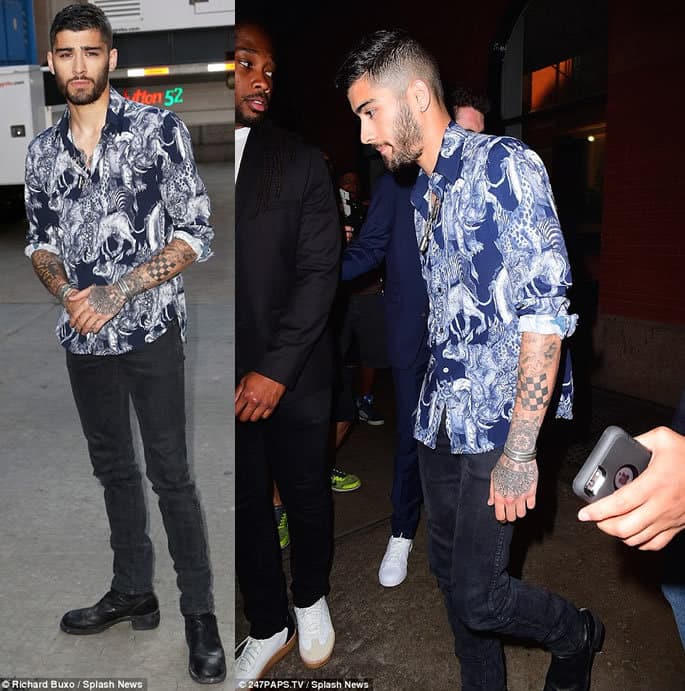 Zayn definitely created a fashion statement in this safari statement shirt. He wore a jazzy animal print shirt with a pair of skinny black jeans.

Only Zayn could rock a shirt full of rhinos, zebras and giraffes.

He rolled up his sleeves showing off his many, MANY tattoos as he walked the red carpet and wore silver bangles.

Zayn completed his red carpet look with some leather boots. He kept his signature beard and overall rocked the entire look.

Out and About in Milan with Gigi Hadid 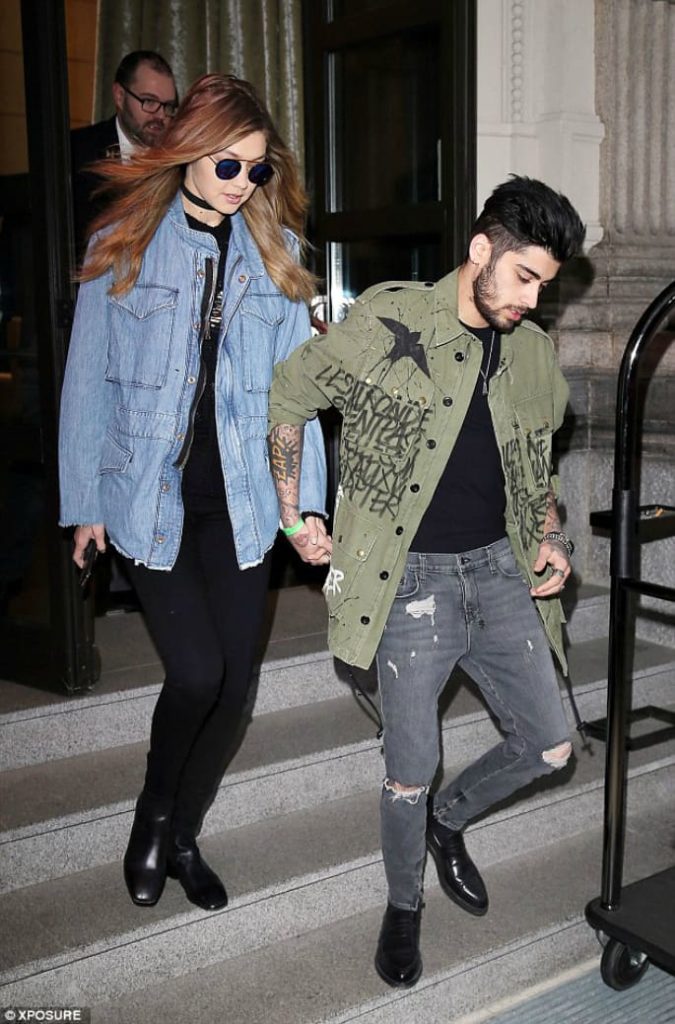 Zayn loves sketching and has a graffiti room so we’re not surprised that he opted for such a bold look. The graphic and graffiti prints reflect his own individual style.

“Style is not being afraid to be bold about some things, or to say what it is you have to say.”

It is clear that Zayn Malik is not just a musical talent, but a fashionable trendsetter!

DESIblitz looks forward to what Zayn has to offer us in 2017 with his choice of style!

Iram is an Oreo loving Disney Princess studying History. From the depths of the ocean, she says: “The seaweed is always greener in somebody else’s lake.”