The Pakistani Cricket Board has taken strong action against some of Pakistan’s key national players further to their poor performance during Australia’s tour and internal team problems.

"I want to know what I did wrong"

The Pakistan Cricket Board (PCB) has taken a firm stance against players causing disrupt to the national team. Seven players in total have been banned for bringing the Pakistani team into disrepute.

The humiliating tour of Australia in 2009 contributed to the action taken by the PCB. All three Test matches, five one day internationals and a Twenty20 game were all lost by Pakistan. One of the worst tours in the history of cricket in the country. Clearly, something had to be done and the result was the ban of the players.

The PCB formed a six-member inquiry committee which was headed by its chief operating officer Wasim Bari to conduct the investigation into the matter. It based its recommendations on information gathered during several hearings with the players and reports from the team management. 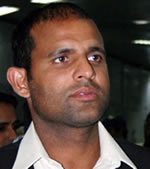 Former captains Younis Khan and Mohammad Yousuf were banned indefinitely from playing for Pakistan. Another former captain Shoaib Malik was banned for a year and key bowler Naveed-Ul-Hussan Rana for one year too. Rana said, “I want to know what I did wrong. I will be consulting with my people before deciding any future line of action.”

Another key player to be affected by the PCB action is, Shahid Khan Afridi. He is labelled as ‘shameful’ in the report after being caught tampering with the ball by biting it on television at the match in Perth. At the time, Afridi initially said he was “smelling the ball.” 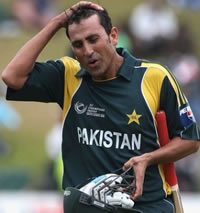 The PCB said in a statement, “Mohammad Yousuf and Younis Khan, keeping in view their in-fighting, which resulted in bringing down the team, their attitude has a trickle-down effect that’s a bad influence for the whole team, should not be part of the national team in any format.”

However, to indicate that the decision of banning these two players was not indefinite, the PCB added to their statement and said,

“The PCB wishes to clarify that the recommendation of the committee is not a life ban on these cricketers.”

And then added, “There is no specified term in the recommendation for these two players. As and when the PCB deems appropriate, these players will be considered for selection for the national team.”

The PCB said in a statement, “Muhammad Yousuf and Younus Khan’s… attitude has a trickle-down effect which is a bad influence for the whole team [and they] should not be part of [the]national team in any format.”

Fast bowling legend Wasim Akram, reacted to the ban opposing it. He said the bans on key players for their dismal performance in Australia had made Pakistan’s cricket “a laughing stock” and needs to be re-looked at by the board.

Former Sri Lanka skipper, Mahela Jayawardene, called the action from the PCB unprecedented. He said, “It’s a harsh call on players unless they have really done something of the magnitude of which deserve this kind of punishment,” who plays for the Kings XI Punjab.

According to sources in the PCB, neither Mohammed Yousuf or Younis Khan have shown any intent of taking legal action against the board.

Baldev enjoys sports, reading and meeting people of interest. In between his social life he loves to write. He quotes Groucho Marx - "The two most engaging powers of an author are to make new things familiar, and familiar things new."
Sachin Tendulkar scores 200 Runs
Sania Mirza and Shoaib Malik marry