Nauman Ijaz made Ayesha Omar feel extremely uncomfortable on live television as he shamed her for coming out with her #MeToo story.

"So why speak now? You could’ve just let it pass."

Nauman Ijaz has landed himself in hot water for making Ayesha Omar extremely uncomfortable on live television with his presumptuous questions.

A clip from the show that has been doing the rounds lately sees the veteran telling the Bulbulay star that she is known to “spark controversies” before he asks her if she does it “intentionally”.

He then discourages her from bringing her past traumas into the limelight “for popularity or to jump a bandwagon.”

He starts by saying: “I feel that if a person has gone through something in the past, it doesn’t mean they should start talking about it publicly just because they saw someone else do the same.

“You’re at a risk of damaging your image.”

To this, Ayesha Omar interjects: “Yes, it appears to be a foot in the mouth thing, I feel that too. But, I don’t do it because someone else did it.”

Before she can finish, Nauman intervenes: “What is the need for it?

“Why do we forget that the society we live in, it will become difficult for us to survive because people here are not as aware?”

Partially agreeing with his viewpoint, Ayesha replies: “Yes, I do tend to forget that but I need to follow my truth.

“When I feel that the truth needs to be said, I say it.”

Nauman goes on to inquire rather suggestively: “So by speaking your truth, do you think you got a lot of praise?”

Ayesha tries to make him understand and says: “No, but I don’t do everything for praise.”

“At the end of the day, you do it for your personal satisfaction. You need to answer to yourself, right?”

Ayesha wards off Nauman’s incriminating manner of questioning by saying: “I don’t even know what you’re talking about. But I’ll say, okay.”

Nauman finally simplifies: “I was actually discussing your harassment thing.”

Nauman Ijaz later tells her: “So why speak now? You could’ve just let it pass. Why propagate discernment?”

In 2019, Ayesha Omar opened up about being sexually assaulted by someone influential in the industry.

Without naming the accused, she shared her ordeal with Rose McGowan – the actress who propelled the downfall of Harvey Weinstein.

In an interview with Waseem Badami in 2020, Ayesha recalled: “I had just joined the industry, I was hardly 22 years old.

“He was a man of power and I was scared to go against him. I did not have the courage to tell anyone about it.

“I’m sorry about that. I am sorry to the person I was; had I shared it then, I would have been a stronger person today.

“A lot of other girls also suffered at the hands of the same person.”

“Had I spoken up against him then, maybe he might have stopped.”

Tearing up, Ayesha Omar later added on Instagram: “Not sure if I’ve ever cried on live television before.

“To be able to let your guard down and be vulnerable, to be able to talk about your painful and terrifying experiences from an honest place, to relive and recall traumatic times, to describe your feelings – it’s not easy.” 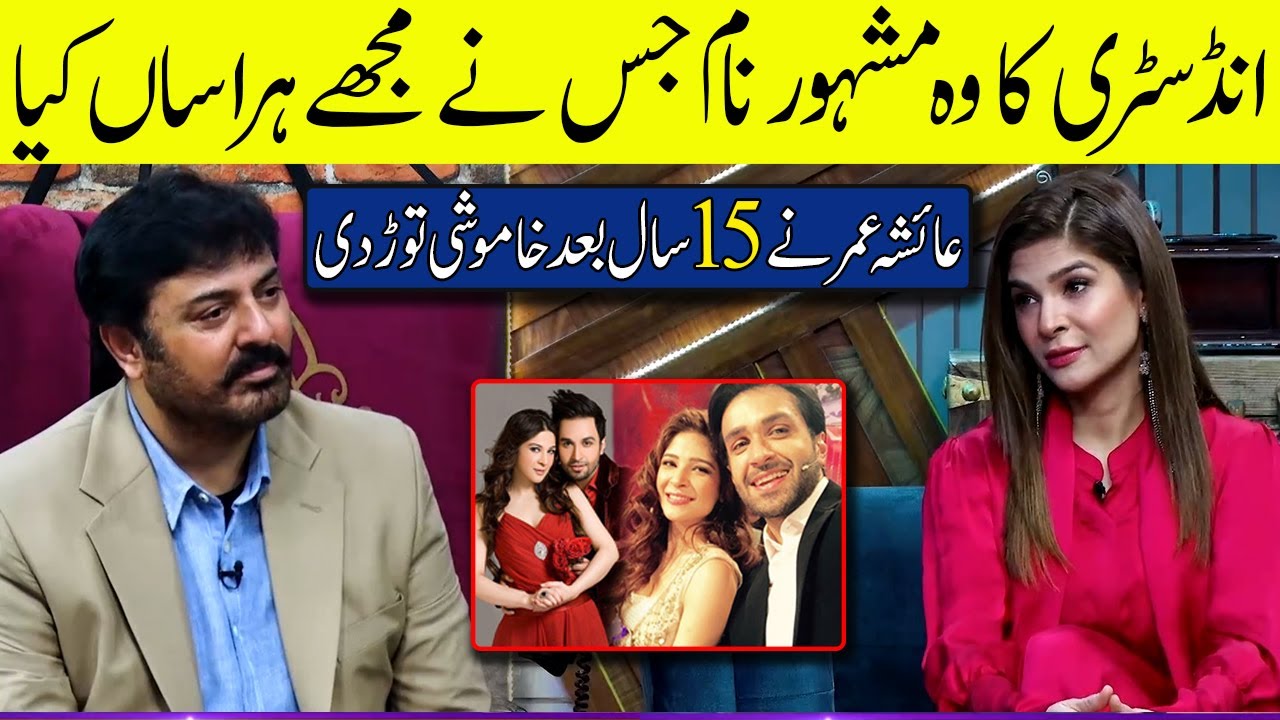 Ravinder is a Journalism BA graduate. She has a strong passion for all things fashion, beauty, and lifestyle. She also likes to watch films, read books and travel.
Has Ranbir Kapoor & Alia Bhatt’s Wedding been Postponed?
Is Katrina Kaif Pregnant after 5 months of Marriage?