Bollywood and Nollywood have joined forces to showcase an intercultural love story with the upcoming film, Namaste Wahla.

“I wanted both cultures to be portrayed the same"

The upcoming film Namaste Wahla (2020) is set to unite two of the biggest movie industries in the world, Bollywood and Nollywood.

The respective film industries have come together to bring us a one-of-a-kind film about an intercultural love story.

Helmed by businesswoman turned filmmaker, Hamisha Daryani Ahuja, the film joins the rich societies and diversity of India and Nigeria into one domain.

Namaste Wahla (2020) roughly translates to “Hello Trouble”. The film has been shot predominantly in English with a mixture of both Hindi and Nigeria’s pidgin language.

Ahuja, who has spent her entire life in Nigeria, explained what inspired her to make the film. She said:

“I am Indian but I have lived in Nigeria my whole life. Everyone loves Bollywood and Nollywood, so I thought ‘how is it that no one has done a love story between the two?’” 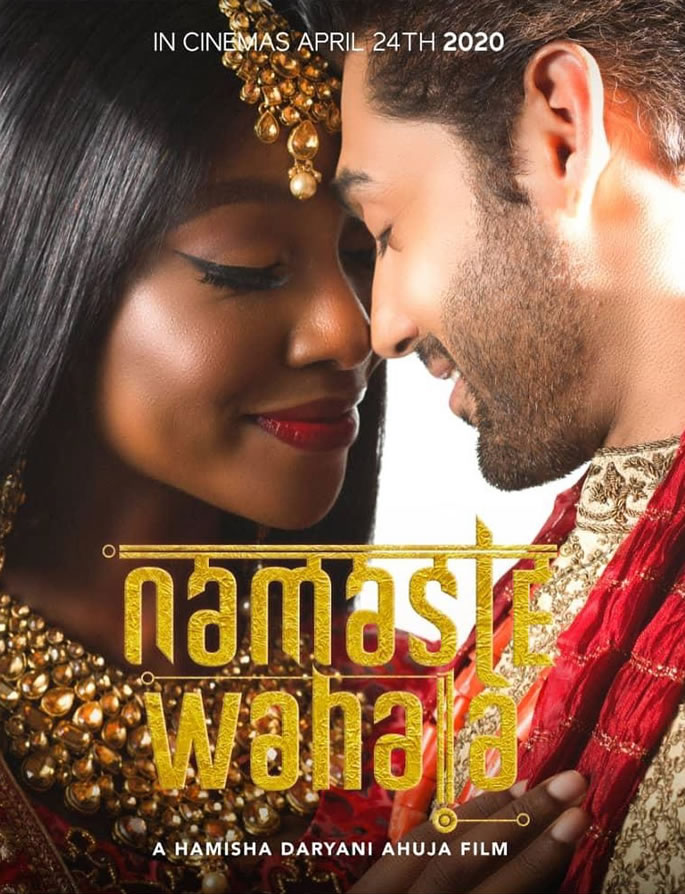 Her experience of living in Nigeria as an India has allowed her to merge her knowledge of both cultures to create this intercultural love story that so many people can resonate with.

In Namaste Wahla (2020), these two great wedding industries are incorporated into the film to highlight the festivity between cultures.

Director Ahuja revealed how she aimed to portray both cultures as equals. She said:

“The story has been in my head for a long time but I wanted it to be completely accurate.

“I wanted both cultures to be portrayed the same, that no culture was above the other.” 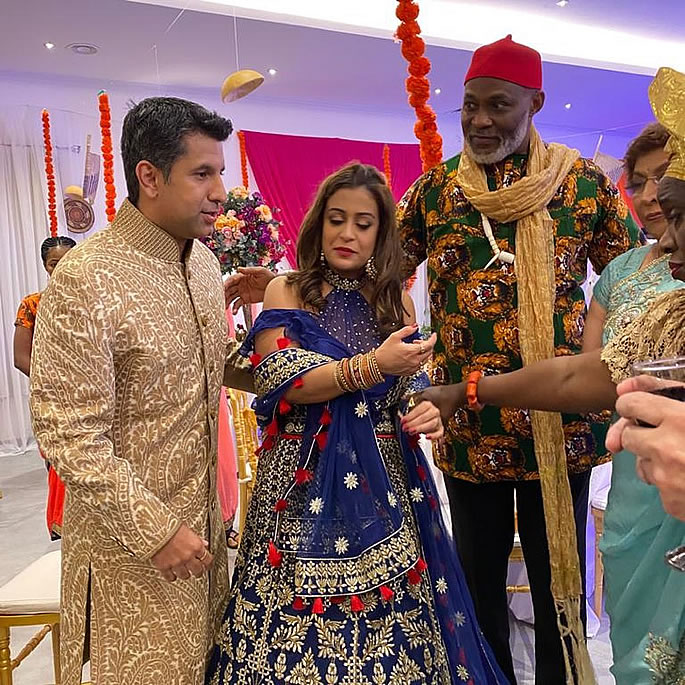 Ahuja went on to explain that the film incorporates classic Bollywood singing and dancing sequences to keep the portrayal authentic. She further added:

“It is a fun comedy, a lot of laughs with a few tears.”

In a video from behind the scenes on Instagram, Ahuja expressed her joy of working with the incredible actors and crew. She said:

“We’ve had Nigerian cast as well as Indian cast and they are phenomenal, every one of them. I am blown away by the talent.

“The crew here is so passionate so talented so hardworking, the attention to detail is on another level.”

“I will say directing this movie has been one of the most exciting and thought-provoking and educational.

“The most magical thing is seeing this come to life because we’ve been working on this project for months on end and each character was created by me.

“Just being able to see the physical form of those characters and how they’ve all come alive in the movie is ‘wow’.”

The upcoming film release has created excitement on social media as many Nigerians have shared their joy.

Jerone Antwin-Lewis took to Twitter to express his excitement. He said:

“Gotta watch it with some Chicken Biryani and Jollof Rice for the culture(s).”

This is certainly not the first time Nollywood has collaborated with another film industry.

Previously, Nollywood has fused with France, China and the United States to create films.

According to CNN, Ahuja states the importance of helping showcase the amazing talent of Nollywood outside of Africa. She said:

“We have so much talent in Nollywood. What I think with these international collaborations is that we will be able to showcase all this amazing work internationally.”

Ayesha is an English graduate with an aesthetic eye. Her fascination lies in sports, fashion and beauty. Also, she does not shy away from controversial subjects. Her motto is: “no two days are the same, that is what makes life worth living.”
Javed Akhtar reacts to Mr India Remake Controversy
Akshay donates Rs 1.5 Crore to first Transgender Home in India