Manveer Singh Panesar is a young talented footballer hailing from Leicester. He has a strong desire to play professional football, and is one of the first to wear a turban while doing so. DESIblitz had an exclusive Gupshup with Manveer to find out more.

"Nobody can shape your future better than yourself. If someone else can do it why can't I?"

Manveer Panesar is like any other young 18 year old with a dream; to play professional football with some of the greats. But this is not at the expense of his morals or his faith. He is one of the first young Sikh football players to insist on wearing a turban during his matches.

Born and bred in Leicester, Manveer was the tender age of 7 years old when he started to play football as a hobby. It was when he turned 15 however, that he realised his dream to go professional. The hobby had turned into a passion which has him striving to achieve more in his life today.

Currently training for a men’s team called Olympia FC in West Midlands in Leicester, he is hoping to acquire a scholarship to the USA. The course lasting 4 years could see a push in the career of the young man to a professional level. 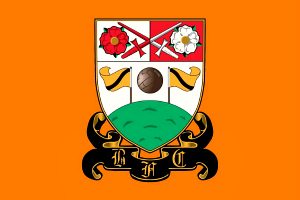 Manveer has also been invited to Barnet FC trials that will take place in early 2014. At the moment he is playing football 3 times a week at an intense level constantly trying to improve and has been encouraged and supported by his friends and family.

Manveer is also studying engineering at Leicester College while playing football too, balancing both his studies and training.

Not only is this gifted sportsman looking to make his own dreams come true, he also wants to inspire others to take up the sport. He has aided a number of sports camps to provide regular football classes for young Asians.

He was also invited to a football tournament in Leeds to give a speech about his football journey so far and offer advice to any other budding Asian footballers. DESIblitz caught up with him to find out more:

When did your passion for football start?

I started playing football at a young age about 7. I didn’t start taking it seriously until I was 15. The reason is there was no role models that were similar to me that I could look up to! But now I think it’s easier for me as I have plenty of support from managers and fellow players.

Did you have any role-models growing up?

I’ve always wanted to play like Eric Cantona. I watched him when I was little and he had a massive a massive impact on me. For modern day football I look up to Zlatan Ibrahimovic. He’s one top class player!

You have made the interesting decision to wear a turban during matches, why? Have you faced any discrimination for it?

It may seem a little different to some people but someone has to make a start! I have faced a little bit discrimination but it’s been dealt with accordingly.

What teams are you playing for right now?

I’ve been playing for Olympia Men’s FC. I have been at this club for a while now. I used to play for GNG FC before. At the minute I am having private training which will help me boost my skills for future trials.

What does the future hold for Manveer, where do you see your football career going?

I wish I could predict the future but unfortunately I can’t! I’m hoping to make a name for myself by being a Sikh pro footballer.

It’s going to be hard but hopefully with the support of family and friends and most importantly God I will make it. I have further trials this year so I will be preparing for that.

Do you have any advice for any other young British Asian’s like yourself who want to take up sports?

What I’d like to say is to follow your dreams. Nobody can shape your future better than yourself. The way I see it is if someone else can do it why can’t I? Just focus on your dreams work hard and God Almighty will reward you with success.

Manveer is surely dedicated to the sport and the people supporting him, with him tweeting out: “3 things from now on. Football, Family and friends.”

To this day, there have not been any Sikh’s that have played football wearing a turban, so this would be a significant milestone for this talented young player.

This could also potentially see a change in the field of football with more people from different ethnic backgrounds being inspired by Panesar to play the much-loved game.

Manveer’s inspiring story and perseverance has made him a role model to many people. We should all look out for this rising star that not only is out to accomplish his dream but also motivate others.

Farjana is a young aspiring journalist. She enjoys writing, reading and listening to all types of music. Her motto in life is: “Go confidently in the direction of your dreams – live the life you have imagined!”
Premier League Football 2013/2014 Week 8
Vettel Crowned 2013 F1 Champion in India