In an exclusive gupshup, Mani Kaur speaks to DESIblitz about her hit new single with Jags Klimax, and how more women are breaking into UK bhangra.

"All I can say is that this is just the start of my journey.”

Following her win, DJ Sanj officially introduced Mani to the world in his song, ‘Jorri’, which also features Jay Status.

But the singing sensation is now under the guidance of another award winning DJ in Jags Klimax. And the two of them combine incredibly in their hit new track, ‘Dil Jaani’.

For her efforts, Mani Kaur is one of the nominees for ‘Best Female Singer’ at the 2016 UK Bhangra Awards. And DESIblitz speaks to the rising female artist in an exclusive gupshup.

Mani Kaur gives you an insight into her amazing musical journey and offers her opinion on modern bhangra music. 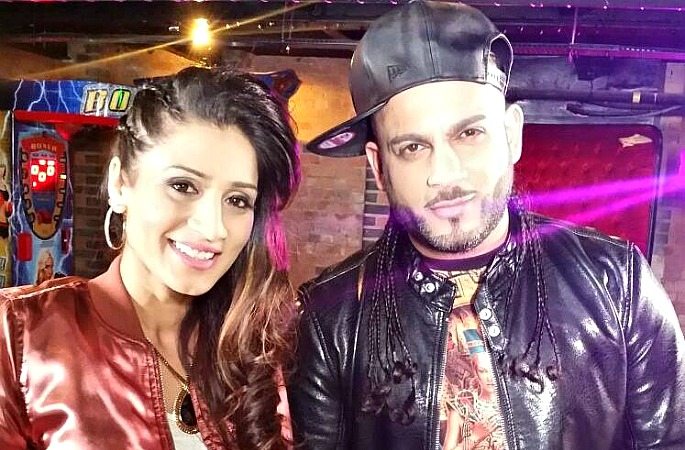 ‘Dil Jaani’ brings the breath-taking vocals of Mani Kaur together with the traditional bhangra beats produced by Jags Klimax and Kam Frantic.

The official music video to ‘Dil Jaani’ is shot in Birmingham, which is also where Mani Kaur is currently living.

She is, however, not actually from the capital of UK bhangra. Rather, Mani Kaur was born in Punjab, India.

Speaking about working with the world-renowned DJ, Jags Klimax, Mani says: “His vision and guidance have been priceless. We spent a lot of time going through different songs, and finally, we came up with ‘Dil Jaani’. We felt this song was the best to show off my vocal skills.” 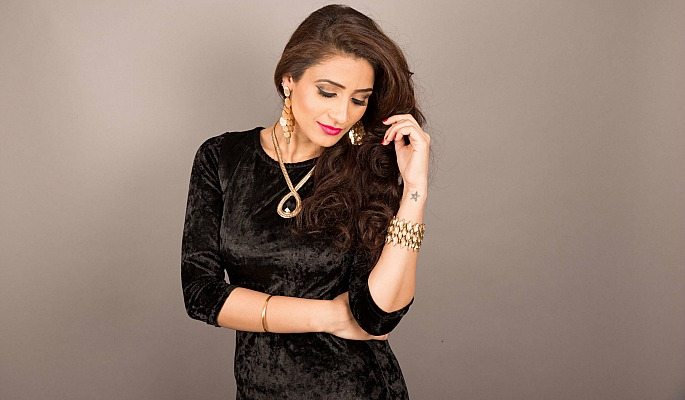 Mani Kaur is the newest talent to be signed by the artist behind tracks such as ‘Heer’ and ‘Nazara’. And on the evidence of ‘Dil Jaani’, a bright future surely awaits her.

Such was the positive response to ‘Dil Jaani’, that soon after its release, Mani Kaur was confirmed as a nominee for ‘Best Female Singer’ at the 2016 UK Bhangra Awards.

Jags Klimax is also up for an award at the same event. His Jags Klimax Roadshow is a nominee for the ‘Best DJ Roadshow’.

About their double nomination, Mani tells DESIblitz: “It’s great we have both been nominated. It is great that my music is being recognised, and all I can say is that this is just the start of my journey.” 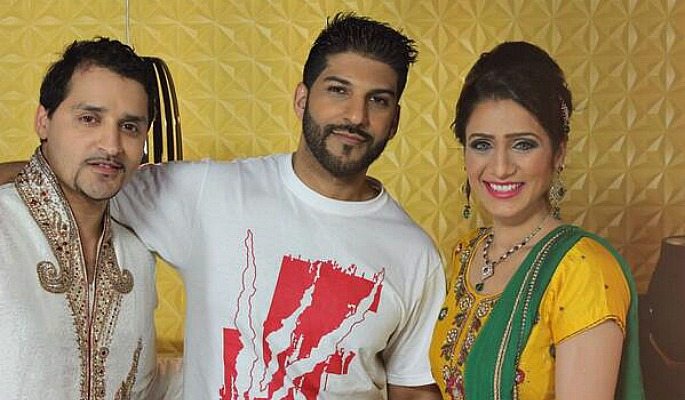 Mani tells DESIblitz that her passion is “Music, music, music!” It is something very close and important to her.

She says: “Music has always been around in my family. My grandfather was a Sarangi player and he had a big influence on my life. When I saw him play I found it mesmerising and I guess that’s where my journey started.”

Mani Kaur began by singing at school and college functions, amazing audiences with her incredible boliyan.

After seeing a TV advert for I’ll Make You Famous, Mani sent in a demo which you can watch below. She says: “In my demo, I sang the great A.S. Kang song ‘Gidhian Di Rani’”.

Mani Kaur amazingly went on to win the DJ Sanj reality show. She says: “To be honest I never thought I would go all the way but I guess lady luck was on my side.”

Being the modest woman she is, Mani Kaur believes her win was down to luck. But TV viewers, and DJ Sanj, himself, know it is was all down to her talent.

When DJ Sanj officially introduced her to the world in his track, ‘Jorri’, her talent was undeniable.

Featuring the vocals of Mani Kaur and the iconic Jay Status, fans went crazy for her. Arijit says: “Well done Mani on your first release it sounds amazing and the duet with jay is fantastic!”

Soon after its release, Mani Kaur was named as a nominee for ‘Best Newcomer’ at the Brit Asia TV World Music Awards 2014. She unfortunately, however, lost out to Bloodline.

Nevertheless, though, she will be hoping to go one better in 2016 where she is a nominee for ‘Best Female Singer’ at the 2016 UK Bhangra Awards.

Mani Kaur on Modern Bhangra and Women in the Industry

After choosing Mani Kaur as his winner of I’ll Make You Famous, DJ Sanj said: “Everyone is saying that we need another female artist in the industry, they want more female presence.”

So is it tougher for women to break into the UK bhangra industry?

Mani doesn’t think so, she says: “There are more U.K female artist than before and I think this will increase over time. Even in India, more and more female artists are coming through.” 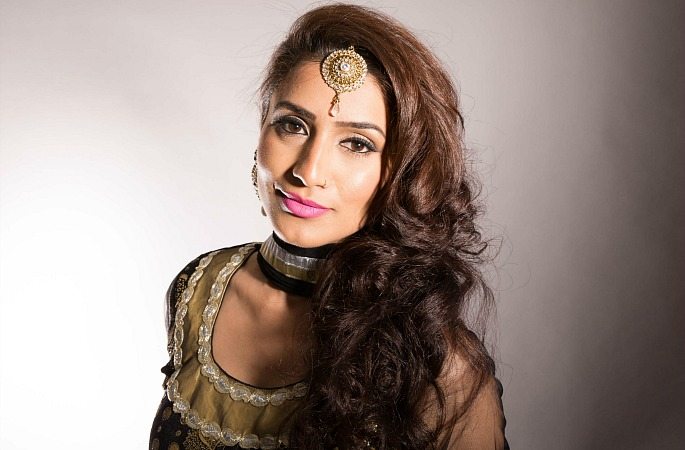 With Mani Kaur being a fine example of a female taking UK bhangra by storm, what advice does she have for aspiring artists? She says: “I am still learning myself, so the advice I would give is to never give up and hard work pays off.”

Mani’s career vision is clear. She says: “My goal is to take my music worldwide and be a positive role model for females across the globe.”

But are there enough females in the industry with a similar mindset to Mani Kaur? DESIblitz asked whether modern bhangra is all about cars, girls, and alcohol. Mani says:

“Bhangra music is changing. We now have a lot of influence from western music such as RnB, hip-hop, and trap. It is very important that we still make videos that are family friendly, as family is very important in south Asian culture and always will be.”

So although bhangra music is changing, at least there are artists who are willing to maintain a nice balance.

Want to see or know more about Mani Kaur? 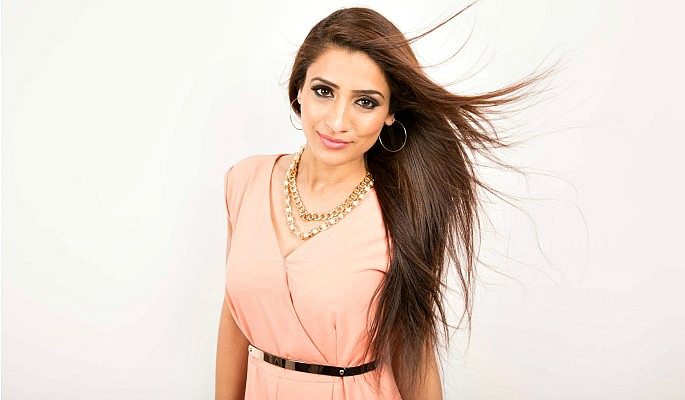 Mani will soon be releasing live session videos which will give fans an insight into her as a live singer. So be sure to follow her on social media to keep up to date on the latest from her.

‘Dil Jaani’ is exclusively available on Facebook, and is free on SoundCloud for a limited time. You can check out ‘Dil Jaani’ by Jags Klimax and Mani Kaur below.

The 2016 UK Bhangra Awards are taking place on November 19, at the Regency Suite, Birmingham.

If you want to find out more about the awards, and see who Jags Klimax and Mani Kaur are up against in their categories, click here.

Images courtesy of Mani Kaur and her Official Facebook Page