The makers of Happy New Year, Red Chillies Entertainment, have decided to release the romantic comedy online for international fans. The super hit commercial film will now be available to watch anywhere.

Happy New Year will be the first commercial film to release via DTF.

Largely regarded as one of the fastest films to make Rs 100 crores at the domestic box office, HNY saw a fantastic opening weekend; with Day 1 takings of Rs 44.97 crores, Day 2 takings of Rs 31.6 crores and Day 3 takings of Rs 32.29 crores.

The film which released in the last week of October 2014, is also thought to be the 7th highest grossing film in the overseas market, beating the likes of Don 2 and Shahrukh’s previous blockbusters.

But now Red Chillies Entertainment wish to take the success of HNY one step further. With the aim of making HNY available to as many people as possible, they are offering keen SRK fans the chance to watch Happy New Year directly online from the comfort of their home. 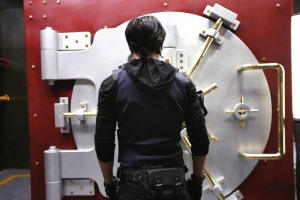 The concept, known as ‘Direct-To-Fan’ (DTF) is popularly used in the music industry all over the world. Now Happy New Year will be the first commercial film to release via DTF, without the need of a cinema or theatre house.

Fans will be able to access the action comedy on the Happy New Year website, and as long as they have a decent internet connection they can watch the complete film anywhere.

The genius of this idea stems from the fact that some Bollywood fans might struggle to access and watch foreign new releases where they live. Now all they need is an internet connection, a device to watch it on and a credit card.

Red Chillies Entertainment have already revolutionised film marketing as we understand it. The hype they generated around Happy New Year prior to its release was unprecedented.

Their ingenious marketing team gave us the SLAM tour aimed towards overseas fans; live streaming of the HNY music launch via YouTube; a dedicated HNY Twitter account that offered fans digital autographs; and a well-timed trip to Google and Twitter headquarters to find out a little bit more about the future of digital. 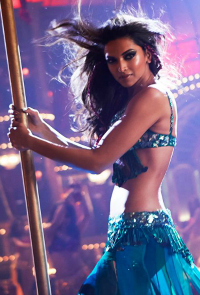 “Along these lines we bring the biggest entertainer – Happy New Year, directly to our fans through Online streaming for the first time ever!”

While HNY makers have already impressed us with their clever marketing strategy, could DTF now be the future of film releases, and could it also be the end of cinema culture as we know it?

The DTF approach might also be a clever way of cracking down on illegal downloading and piracy which has been a bitter consequence of the booming digital age.

Now fans can pay a small fee to watch the film legally without having to resort to blurry or out-of-sync copies that ruin the magical allure of the big screen.

Fans will also be able to watch the film via almost any platform, including desktops, iPads and smartphones.

With Shahrukh an undeniable superstar, we are sure that overseas fans will greatly appreciate the DTF gesture from Red Chillies Entertainment. And King Khan can remain assured of his global supreme for a little while longer.

Aisha is an editor and a creative writer. Her passions include music, theatre, art and reading. Her motto is “Life is too short, so eat dessert first!”
Aamir and Anushka exclusively talk PK
PK ~ Review