Kriti Sanon is celebrating eight years in Bollywood and to mark the occasion, she has announced a new entrepreneurial venture.

"I am thrilled to announce my journey as an entrepreneur"

To mark eight years in Bollywood, Kriti Sanon has announced her new venture as an entrepreneur.

The actress has revealed that she will be launching a new fitness company called ‘The Tribe’.

Kriti will launch the app alongside the co-founders’ Robin Behl, Karan Sawhney, and Anushka Nandani.

She shared a picture of herself and the three co-founders and wrote:

“They say ‘Your Vibe Attracts Your Tribe!!’

“I have always been someone who believes in pushing people I truly believe in and today stands for exactly that.

“8 years ago, I started my journey as an actor in the Hindi film industry with the help of people who believed in me and gave me wings to fly!

“Today, 8yrs later, exactly on the same day, I am thrilled to announce my journey as an entrepreneur with my three amazingly talented Co-founders Anushka Nandani, Karan Sawhney and Robin Behl as we launch our passion project The Tribe.”

Kriti went on to reveal that her fitness journey started after her film Mimi, in which she lost the 15kg she had to gain for the film.

“I discovered my personal fitness journey post-Mimi when I had to shed the 15kilos I had put on for the film and we hit a lockdown where gyms were shut.

“Robin, Karan and Anushka became a huge part of this journey of mine and made me realise that to stay fit, all you need is motivation, the right guidance and someone who can make workouts fun for you no matter where you are.

“We at The Tribe believe in motivating you to become the best and the fittest version of yourself – Be it with in-studio, group/personal or virtual sessions with some of the coolest, youngest and fittest trainers who will not only push your limits but also make workouts super fun!” 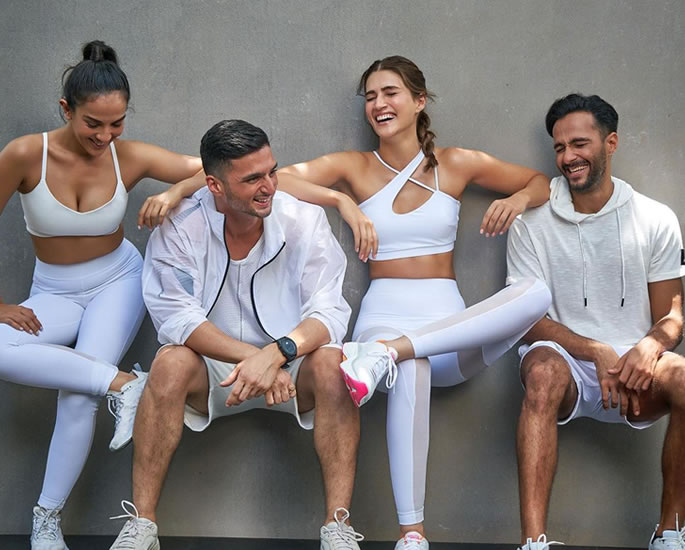 Kriti added that an app for The Tribe will be launched later in 2022.

“Also excited to announce that we will be launching The Tribe app later this year which will give you access to anything and everything to do with fitness and mindfulness no matter where you are.”

“This day is very important to me and more importantly the significance it holds and is going to hold in my life forever.”

“8 years ago it turned my life around when I got the chance to fly and start my journey as an actor and today, I want to pass on the chance to those, whose talent I believe in as we embark upon a new journey as a tribe and my life starts a whole new chapter.”

On the work front, Kriti Sanon has a number of films in the pipeline.

This includes Ganapath opposite Tiger Shroff and Bhediya with Varun Dhawan.

Dhiren is a journalism graduate with a passion for gaming, watching films and sports. He also enjoys cooking from time to time. His motto is to “Live life one day at a time.”
Ranveer Singh trolled for supporting Tamil Film ‘Vikram’
Sunny Leone recalls being ‘Hurt’ after Brands declined to work with her