Jagmeet Singh leader of the National Democrat Party was told to leave the Candian house of commons after he made a racist remark against a Bloc party MP.

"Yes, it is true I called him a racist."

Leader of the Canadian New Democrat Party (NDP), Jagmeet Singh, was ordered to leave the Canadian House of Commons after he called Bloc Québécois MP racist on Wednesday, June 17, 2020.

This was after the NDP’s motion on discrimination by the RCMP (Royal Canadian Mounted Police) failed to receive unanimous consent from the house.

During the proceedings, shown in a live commons video, Singh is first seen reading out the points in the RCMP discrimination motion in parliament.

“There is systemic racism in the RCMP as several indigenous people have died at the hands of the RCMP in recent months.”

He then reads out points of action which he wants the government to act upon for the NDP motion.

When the house by the speaker is asked if there is unanimous consent for the motion to be passed, first it looks like it is but then it is rejected and the speaker of the house confirms it to be the case.

There was at least one objection that blocked the motion, however, it was unclear who said no.

Then disruption starts within the house when the point of order challenged by Bloc MP Claude DeBellefeuille who stands up and says in French:

“There needs to be an established order in this house because the NDP leader is insulting a member of my caucus.” 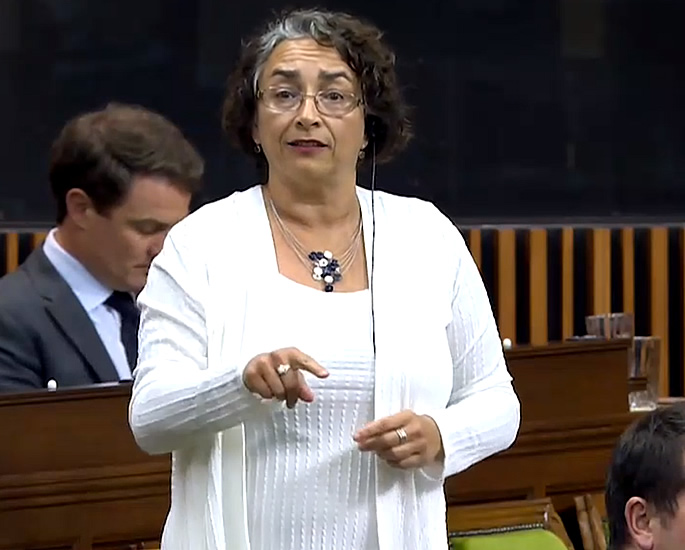 When asked by the deputy chair, Carol Hughes, to repeat what she stated as it was not clearly understood, DeBellefeuille coming in defence of Therrien, says in French:

“Chair everyone has a right to their opinion but I do not believe how a leader of a party here can treat another member of this house by calling them racist because we don’t approve the motion that was just moved.

“The NDP unabashedly is treating the member of my party as a racist person and this is unacceptable in this house.”

The chair then says that the records need to be verified that the NDP leader did say such a thing. At which point, Singh stands up and confirms in French:

“Yes, it is true I called him a racist. And I believe that is so.” 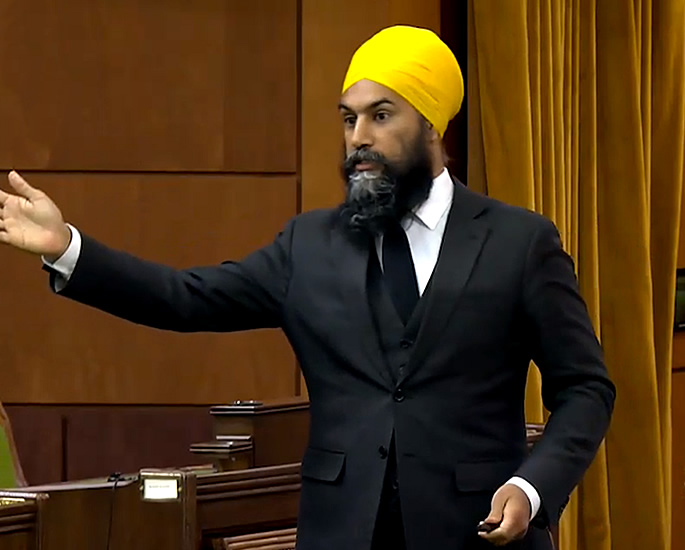 Then the exchange continuing in French by the chair requests that the NDP leader apologises with respect for what he had said, to which Singh replies:

The refusal by Singh to apologise for his racist comment towards Bloc member Alain Therrien prompted the chair to ask DeBellefeuille for a response to which she says:

After this point, the chair responded that she will deal with the matter shortly but was interjected by DeBellefeuille once again, who said:

“One last time please chair. I am absolutely floored that this member attacked in front of everyone. With your authority as the chair, I would like him to leave the chamber immediately.”

Carol Hughes then confers with the speaker of the house, Antony Rota, who then announces that Jagmeet Singh must leave the house for the rest of the day, an order to which he abided.

Amit enjoys creative challenges and uses writing as a tool for revelation. He has major interest in news, current affairs, trends and cinema. He likes the quote: "Nothing in fine print is ever good news."
100 Chicken Factory Workers hit by Covid-19 Outbreak
Drink Driver jailed for Causing M6 Crash and Killing Friend