Indian restaurants in the UK have submitted a 75-page document, asking the government to introduce a one-year visa for chefs from the Indian subcontinent.

"The curry industry is paying the price for it."

In a pledge to save the curry industry, Indian chefs in the UK have submitted a 75-page document asking the government to introduce one-year visas.

Enam Ali, founder of the British Curry Awards, is leading the efforts in urging the government to relax immigration restrictions in order to help the struggling industry.

They press for urgent action to bring in skilled chefs from abroad on a temporary visa, one that they stress will not take advantage of British taxpayers and social welfare.

“We propose a tightly-controlled, temporary work visa scheme where expert chefs from outside the European Union (EU) are allowed to enter the UK on very strict employment terms.

“These terms would limit their employment to a maximum of one year with no right of return, no chance of residency or out-of-work benefits.” 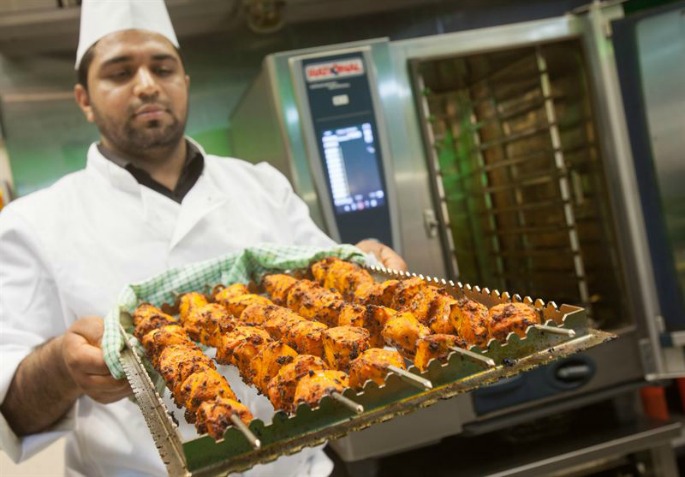 It continues: “We know historically that immigration is a political exercise for any party who wants to use it to gain a political advantage, but sadly it is the curry industry that is paying the price for it.

“We therefore urge the government to help our industry and we strongly recommend that the immigration laws covering bringing in chefs from abroad be made, even on a temporary basis, more adequately flexible.

“One suggestion would be short-term visas, similar to Germany, the US and the Middle East, where they have to leave the country after their term. There would be no burden at all on the welfare system or the taxpayers.

“Employment would be restricted to the sponsoring restaurant only and would require the employer to provide private health insurance. The employee’s dependents could not be brought to the UK and this means there would be no burden whatever on the welfare state or the British taxpayer.”

Their request for a new type of visa is largely due to the hard-to-meet criteria attached to the current Tier 2 visa for non-European migrants.

Restaurants will have to pay these chefs a minimum salary of £35,000. Alternatively, they can pay them £29,750, whilst providing accommodation and food. Both have been described as ‘unrealistic’ by the industry.

The Home Office believes locally trained chefs are the way forward, as a spokesperson states:

“We want to nurture more home-grown talent and encourage young people in this country who want to pursue a skilled career.

“This means the restaurant sector offering training to attract and recruit resident workers to meet their staffing needs. The industry is starting to make progress in this area, recruiting and training more chefs in the UK, and this needs to continue.”

But those in the industry argue the generation shift means less and less young people from Asian families show enthusiasm for their family business.

Forum user Pipotchi says: “South Asians are second and third generations now. their parents ran takeaways so that their kids could become doctors lawyers etc. Ditto for all the Cantonese that came in the sixties.”

Pasha Khandaker, an owner of a curry house chain in Kent, agrees: “A different generation started opening the 12,000 curry houses that exist now, back in the 1970s. The next generation don’t want to work long evenings in cramped kitchens.” 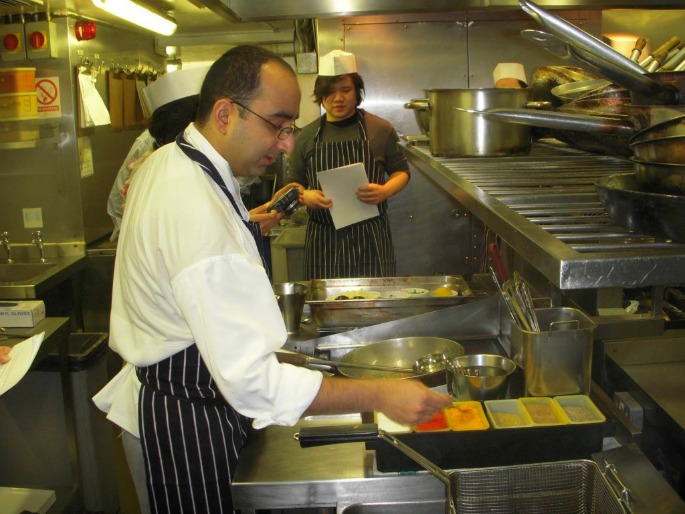 An argument could be made for providing training for non-Asian chefs to work in the industry that is worth more than £4 billion. However, success stories seem few and far between.

Khandaker says: “We’ve tried hiring Bulgarian and Romanian chefs, but we’re asking them to cook a vindaloo, it’s just not natural to them.”

Jalf Ali, who owns two restaurants in Newcastle, feels the same way, after his Slovakian employee ‘only had the skills to work in one area of the kitchen where he would marinate tandoori dishes and make bread’ after receiving over four years of training.

It is believed that 12,000 Indian restaurants in the UK, which constitutes one-third of the industry – are at risk of closure, due to shortage of local and high standard chefs as well as the obstacles with bringing in foreign help.

Images courtesy of New Cision and The Guild of Bangladeshi Restaurateurs