Indian Girl gets whipped after being raped by Father

An Indian teenage girl, raped by her father, was whipped by the village elders and led to believe that her father did no wrong. DESIblitz reports.

"I asked them to beat me because I was at fault."

An Indian teenager was punished by her village elders after they found out she was raped by her own father.

A report by the Washington Post states that the young girl, aged between 13 and 15, was tied up in a rope and beaten by the raging elders with tree branches.

Her father, Shivram Yeshwant Chavan, was also brought to justice by the elders, who ordered ‘a whipping of 15 sticks’.

He was said to be ready to confess and face punishment for his crime.

His daughter, who received ‘5 sticks’ in tears, said: “It did not hurt me, because they beat me very lightly.

“I asked them to beat me because I was at fault. The fault was I did not tell anyone about this at home. I told them my father just held my hand. That was my mistake.”

It was clear that she was led to believe her father was not at fault. The shame associated with being a rape victim had also convinced her that she was responsible for the horrific crime. 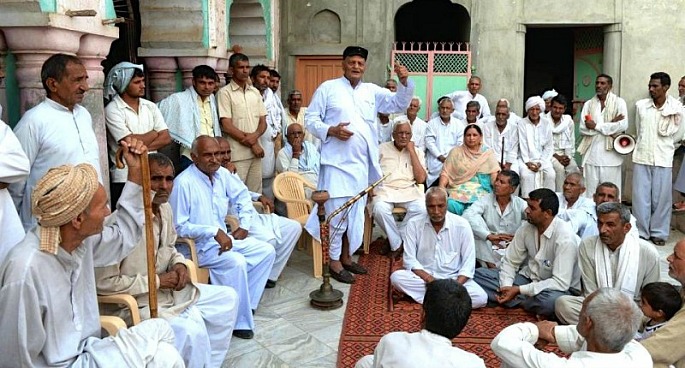 Sachin Tukaram Bhise, a local activist who witnessed the whipping of the girl by the village council, recalled: “They said it was the girl’s fault. That the father was drunk and he was not in his senses.

“I got angered at the whole thing. How could a girl invite such an act? The panch said, ‘You’re useless, you’re the culprit.’ She was crying.”

Refusing to be a bystander of such injustice inflicted upon the young girl, Sachin recorded the incident on his mobile phone and gave the footage to the police as evidence.

Local authority arrested seven members of the village council and charged them with conspiracy, extortion and assault, and the father with child abuse.

A female police officer had spoken to the teenage girl to obtain more details about the sexual assault, and sent her to a medical examination. She also received some money from the state’s victim fund.

In addition, the young girl has moved away from home to live with her brother and his family.

Jaya, her sister-in-law, said: “If she had told them, the brothers would have beaten the father. 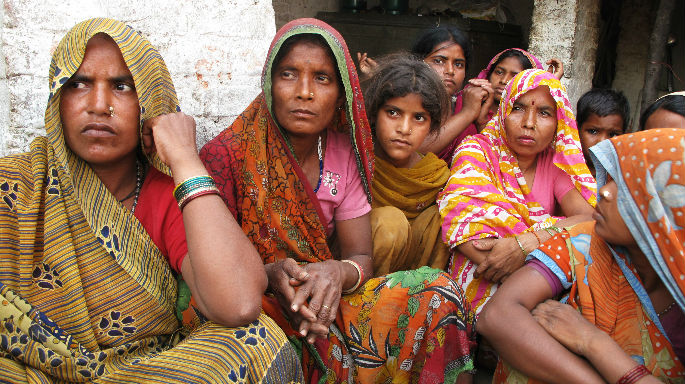 The teenager lost her mother to poor health in 2015, and was forced to live with her father because he ‘needed someone to cook, keep house and earn money for him’.

Education was out of the question. Apart from doing housework, she had to beg for food and perform at her father’s acrobatic show just to earn Rs 20 (£0.20).

One night in January 2016, her father returned home drunk. She was fast asleep, and he raped her.

Village councils in India, elected or unelected, are known to take local matters and conflicts into their own hands. However, they are also known for issuing some rather extreme penalties.

One prominent example that regularly makes international headlines is ordering gang rape as punishment for what they deem as a woman’s crime or, in some cases, someone else’s wrongdoing. 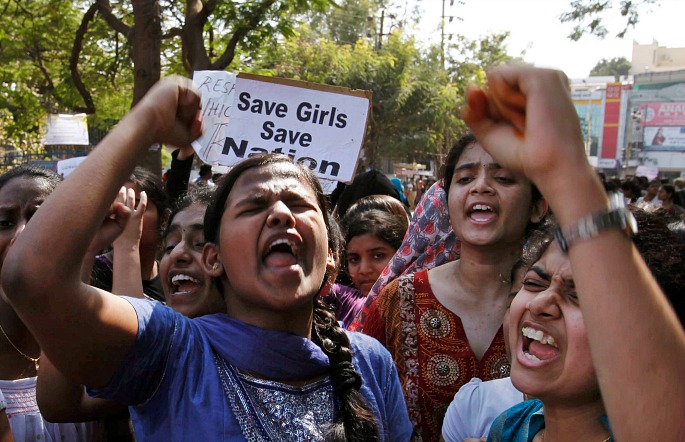 In a country where the legal system is overwhelmed with the amount of various civil and criminal cases (over 22 million) as well as overcrowded prisons, village elders are inclined to resolve their problems by imposing their own version of justice.

The state of Maharashtra recently approved a bill that will restrict the power of their village councils. It prevents them from punishing people by ‘social boycott’ – blocking their access to local amenities and communities.

It is hoped that this could be one of many first steps taken to improving India’s legal system and restoring people’s faith in it again.