Recognising the vast contributions and successes of Asian women across Britain, the Asian Women of Achievement Awards took place in London on May 12, 2016.

London hosted the annual Asian Women of Achievement Awards (AWA) in association with NatWest on May 12, 2016.

Founded in 1999 by Pinky Lilani CBE, the AWA was created to celebrate the unsung heroines of the South Asian and ethnic community.

Now in its 17th year, the prestigious event honoured some of the talented Asian women in the UK, who work across all sectors and fields, from business and entrepreneurship, health, media and sport.

Winners showcased a diverse range of talented Asian women. Creator of Dev and Ollie Books, Shweta Aggarwal won an AWA in the Arts and Culture Category. TV Producer and filmmaker of the Iranian TV channel, Manoto, Tina Ghazimorad won in the Media category.

In the Entrepreneur category, Nancy Johnston, the CEO and Founder of Tengri won an award. The businesswoman utilises sustainable material for the British fashion industry, by importing eco-friendly yak wool from Mongolia.

Tulip Mazumdar, Global Health Reporter for the BBC, was awarded an AWA in the Public Service category. The journalist ventured to West Africa during the Ebola outbreak, where she spoke to some of the families and communities affected. 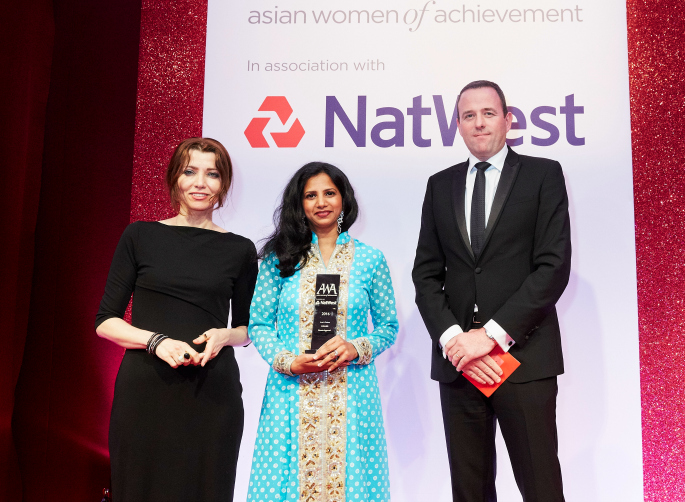 One of the youngest winners of the evening was sixth-form student and martial arts athlete, Harleen Kaur who won in the Sport category. The young woman represented Britain in 2015 at the World Martial Kombat Federation (WMKF) World Championships, winning a silver medal.

A deserving winner, Harleen is a great advocate of British Asian girls in sport and admits that her training has encouraged to be a confident young woman.

The Global Empowerment Award was given to Julie Hanna. The special recognition award highlights an exceptional individual who champions leadership, responsibility and courage, and is a role model for others.

Hanna is an Egyptian-born entrepreneur is an investor and advisor for companies. Since 2009, she has served as Kiva’s executive chair, which is the largest crowd-lending marketplace for global entrepreneurs. Hanna was also named by President Barack Obama as Presidential Ambassador for Global Entrepreneurship for 2015. 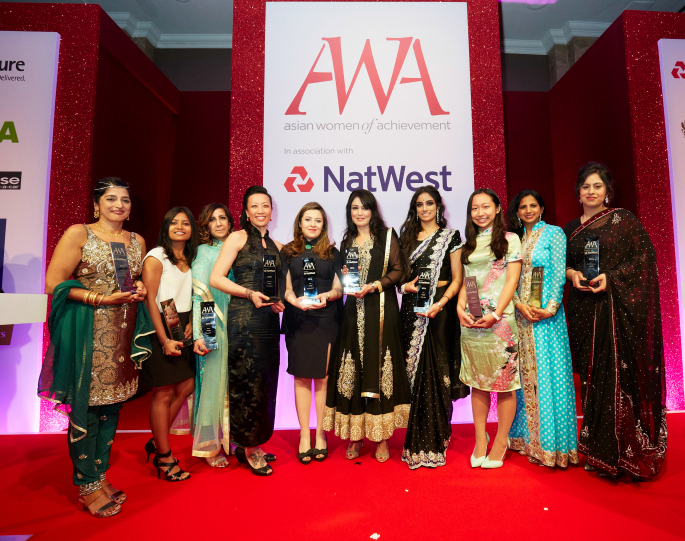 Speaking about the winners of the AWA Awards 2016, Pinky Lilani says: “We are thrilled for all the winners, who are united by their passion and inspirational achievements.

“The diversity of this year’s winners highlights that whether they are martial arts champions or children’s book authors, Asian women in Britain are bucking stereotypes while making an enormous contribution to British life.”

“I am immensely proud to stand alongside this inspiring group of women.”

Here is the full list of winners of the Asian Women of Achievement Awards:

A fantastic achievement for all of these Asian heroines in the UK, the Asian Women of Achievement Awards once again highlights the incredibly vital role of ethnic women across the country.

Congratulation to all of the winners!