Imran Ali, the rapist and killer of seven-year-old Zainab Ansari in Pakistan, is to face the death penalty. Authorities have issued him with death warrants.

Imran Ali confessed to raping and killing the young girls

Imran Ali, rapist and murderer of seven-year-old Zainab Ansari and 12 other children, has been given 21 death sentences by an anti-terrorism court in Pakistan.

The 23-year-old killer’s execution has been set to take place on Wednesday, October 17, 2018, at Lahore’s Central Jail, where he will be hanged.

Ali was issued black warrants to convict him of his horrific crimes by Judge Sheikh Sajjad Ahmad on Friday, October 12, 2018. The judge authorised his execution.

The convictions of the case included the death sentences for kidnapping, rape and murder, one act of terrorism, life imprisonment for sodomy and a penalty for concealing a girl’s body.

The kidnapping, rape and murder of the little girl Zainab Ansari, in Kasur City near Lahore, sent shock waves across Pakistan and throughout the world.

Outrage resulted with protests in the country using the slogan #JusticeforZainab after she went missing on January 5, 2018.

CCTV footage showed the little girl walking with a man, and then shockingly, her body was found concealed in rubbish on January 9, 2018.

Zainab’s case was the twelfth of its kind. Other incidents with young victims took place within a 10 km radius of Kasur during a period of a year.

Ali was accused of being involved with these other victims too with further matches of his DNA, making him a serial rapist and killer. 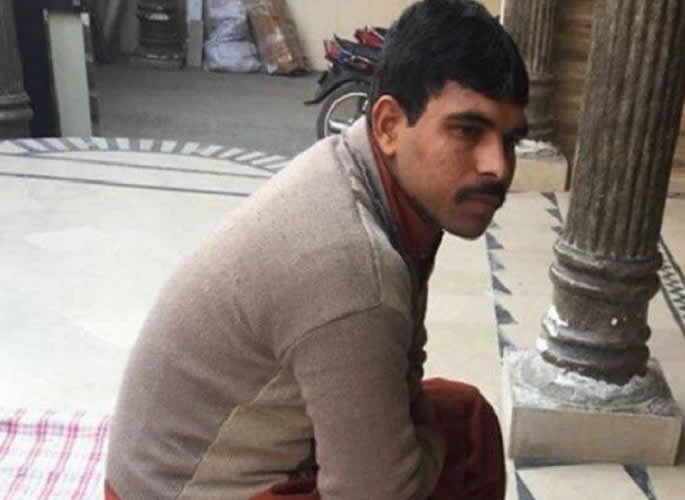 In February 2018, Ali was convicted by Judge Ahmad and given death sentences and imprisonment for 25 years.

In claims that his trial was not fair, Ali pleaded for annulment of the verdict of the death sentence handed to him in Zainab case and filed an appeal with Lahore High Court. His appeal was rejected.

In June 2018, the Supreme Court’s Lahore Registry rejected his appeal as well due to his admissions related to similar offences with other young girls.

Ali then appealed again in October, which resulted in the warrants for his execution. Prosecutor Abdul Rauf Watoo said:

“Today’s warrants were issued after President Arif Alvi rejected Ali’s appeal for clemency in the Zainab case on 10 October.”

With the death penalty still an acceptable form of punishment in Pakistan, Ali’s will be hanged until death for his vile crimes against the young and innocent little girls.

It’s reported that nearly 4,139 of child abuse, including sexual abuse, have taken place in the Punjab province of Pakistan and 43% of the perpetrators are said to be acquainted with the children in some way or other.

Pakistani authorities want to send a very strong signal with Imran Ali’s case to would-be perpetrators that such horrific crimes against children will not be tolerated.

Nazhat is an ambitious 'Desi' woman with interests in news and lifestyle. As a writer with a determined journalistic flair, she firmly believes in the motto "an investment in knowledge pays the best interest," by Benjamin Franklin.
Greedy Solicitor jailed for ‘Crash for Cash’ Insurance Scam
Two Men jailed for Drugging and Sexually Assaulting Woman