Mizad Miah and Belal Ahmed have both been jailed for drugging and sexually assaulting a woman they both knew back in 2017.

"The alcohol had been spiked with MDMA which caused the woman to pass out."

Mizad Miah and Belal Ahmed, both aged 24, of Tower Hamlets, London, were jailed for a combined 24 years on Friday, October 12, 2018, at Snaresbrook Crown Court for drugging and sexually assaulting a woman.

The Court heard that the incident happened on Thursday, November 9, 2017.

At 9:45 pm on that day, the 21-year-old victim was picked up in a car in Bethnal Green, Tower Hamlets by Miah and Ahmed.

Both Miah and Ahmed knew the woman and had promised to show her around a flat she was interested in renting.

Instead, Miah drove to an off-licence shop on Commercial Road, east London.

The two men went inside to purchase alcohol while the woman waited inside the car.

When the pair returned, Miah got back into the driver’s seat and Ahmed sat in the back next to the victim.

He then forced the woman to drink the alcohol by holding her nose.

Shortly after she drunk the alcohol, the victim lost consciousness.

While unconscious, the two men sexually assaulted her and was raped by Miah.

The woman regained consciousness and found herself sitting on the side of the road in just her vest and underwear.

She did not know how she ended up outside and on the ground.

Miah and Ahmed were both outside the car and laughing at the victim.

All three returned to the vehicle and Miah drove around a number of car parks to retrieve the victim’s clothing, which had earlier been thrown out during the sexual assaults.

The woman was eventually dropped off near Bow Creek, Tower Hamlets at 3:00 am on Friday, November 10, 2017.

She went to a friend’s house in the area.

The woman reported the incident later that day to police and officers from the Met’s Child Abuse and Sexual Offences Command (CASO).

They launched an immediate investigation.

Miah and Ahmed were both arrested at Gatwick Airport on Saturday, November 18, 2017, after returning from a holiday in Morocco.

During their trial, CCTV footage obtained from the off-licence shop showed Miah and Ahmed placing an unknown substance into the bottle and Ahmed shaking it. 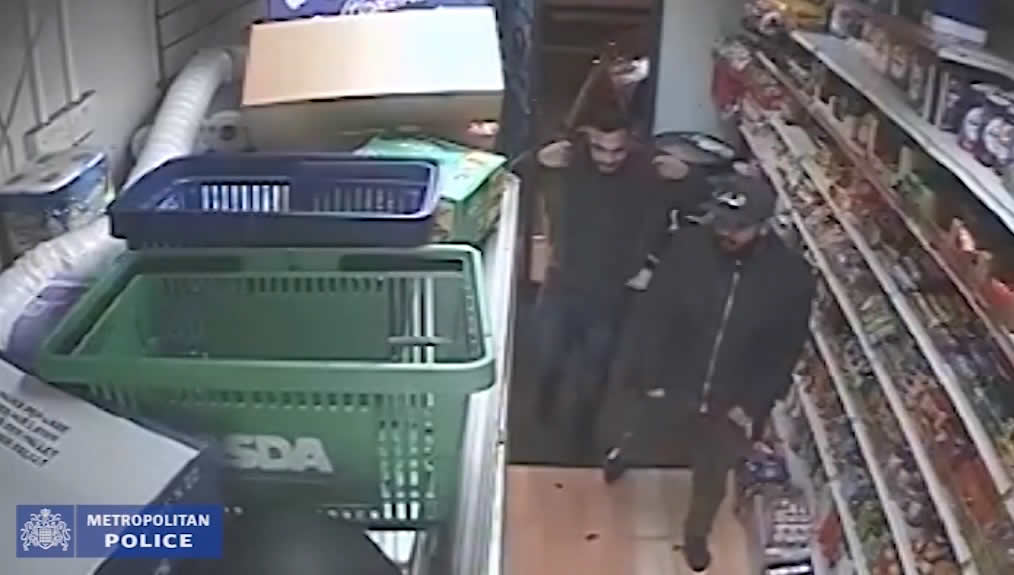 Results from a toxicology report revealed that the alcohol had been spiked with MDMA which caused the woman to pass out.

On September 11, 2018, both men were found guilty of administering a substance with intent to overpower to allow sexual activity and assault by penetration.

“I would like to thank the victim for her great courage and strength in reporting this despicable incident.”

Mizad Miah was jailed for 13 years.

DC Pridige added: “She (the victim) gave invaluable evidence which was vital in ensuring these two dangerous men have been taken off our streets and put behind bars.”

“I hope today’s sentencing result gives her some measure of comfort and closure.”