UK’s first ever Society Global Indian Icon Awards took place at London’s Montcalm Hotel on October 10, 2018. DESIblitz were there to catch all the action.

"Luckily our beautiful business has allowed us to be recognised globally"

Sponsored by Dr M Singapore Film Fund, the event honoured Indian and Global icons, along with sharing their success stories.

Celebrities, distinguished guests and people from various industries were in attendance.

The awards show was organised by one of India’s leading celebrity and lifestyle magazine, Society, part of the Magna Publications Group India.

For over five decades, the magazine has profiled successful Indians in a range of different fields from entertainment to philanthropy.

Founder and Chairman, Nari Hira, was present to inaugurate the event in the UK and present some of the awards. 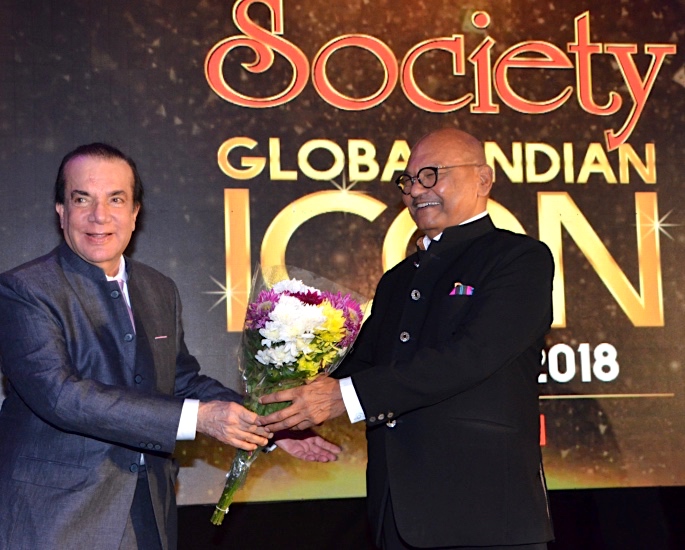 Prominent Indian businessmen were recognised at the awards ceremony. Those who dominated in Business and Entrepreneurship include:

Whilst appreciating the award given to him and sharing a little about his cricket journey, Sir Clive Lloyd exclusively spoke to DESIblitz:

“It is great to know that people recognise what you’ve been doing over the years. I have a great affinity with India, and I’m proud to be amongst so many great people this evening.

“My first Test match was in India and so was the 4th double 100 I made in a Test match. Farokh Engineer was my roommate for 10 years.” 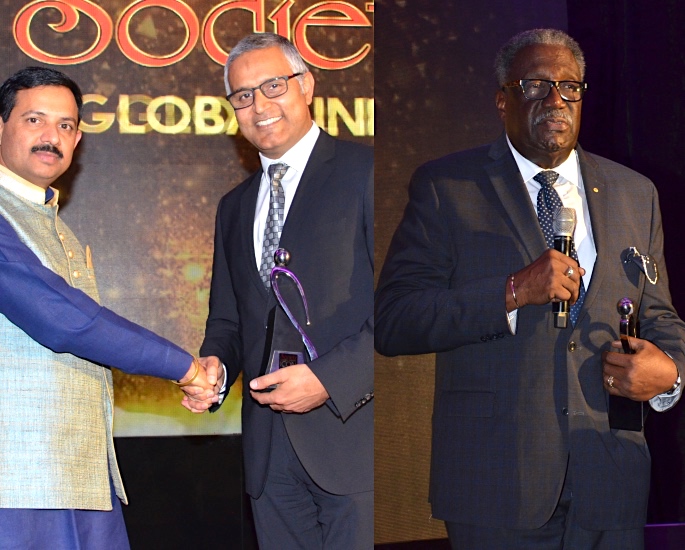 Providing inspirational advice for young people wanting to achieve excellence in the sport he added:

“Anytime you want to do something, you have to do it with a will and with that attitude that you want to get to the top. This all comes from hard work.”

Navin Kundra performed at the awards in various languages, mixing up the classic, ‘Main Shayar Toh Nahin’ from the film Bobby (1973) with some ‘Despacito.’

He exclusively mentioned to DESIblitz: “I perform in English, Hindi and Punjabi and I want to showcase that, but I have also picked up Spanish along the way when some of these songs became big.”

About being awarded the ‘Outstanding Achievement in Music,’ he said:

“I take a lot of inspiration from the other award winners. Everyone in this room are achievers and have worked hard to get here.” 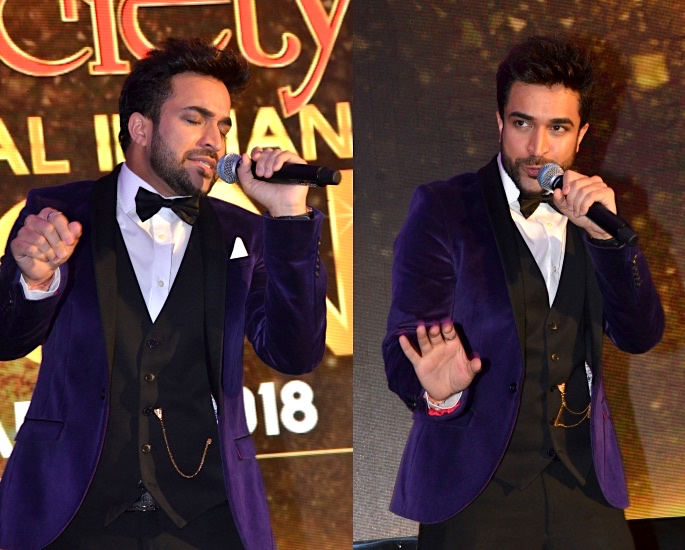 Navin also revealed what his fans can look forward to:

“I shot my first Bollywood movie which I’m acting in. Got a new single called ‘Figure Hila De.’

“And a solo concert coming up on 9th November in Leicester called Voice of Legends. This will be paying tribute to legends who inspired me to sing and I’ll be doing this with my LIVE band.”

Sunil Vaswani from the Stallion Group also engaged the audience by singing a classic Bollywood ballad on stage when collecting the award for ‘Outstanding achievement and excellence in Business.’

The Dubai based businessman specifically flew to London for these awards. Vaswani exclusively spoke to DESIblitz about the award he received and his companies global presence saying:

“We feel very good about getting this award and getting recognised for our achievements. Our business is primarily focused in middle east and Africa.

“Particularly, we see a huge potential in West Africa – it’s blessed with a lot of natural resources and good demographics where 70% of the population are 25 and under.” 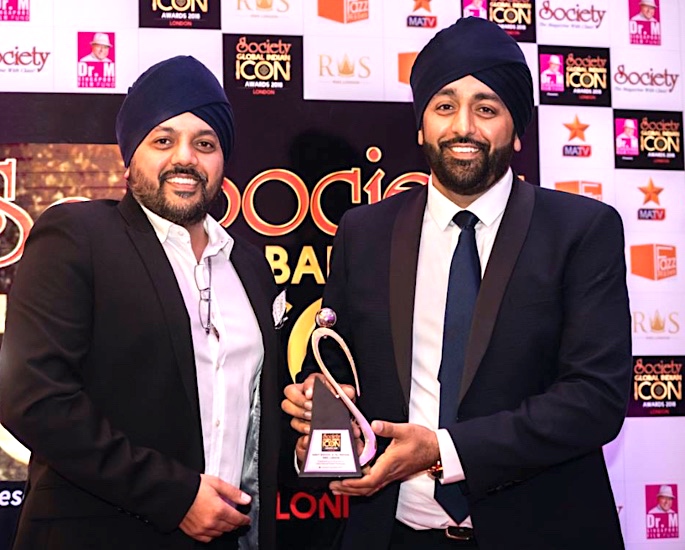 “We are very honoured as we saw the other people getting awards with us and they have been established worldwide for years.

“Luckily our beautiful business has allowed us to be recognised globally as we do international events.”

RWS have already organised a big wedding in Monte Carlo in 2018.

The winner for ‘Outstanding achievement and excellence in Law,’ Sarosh Jailwalla, had some inspiring messages to share for young British Asians. He exclusively tells DESIblitz:

“Younger lawyers must stick it out and work hard. I was the first one and it was a very different Britain then. The younger generation should feel inspired by this and know that Britain is there for business and wants you to grow.”

Despite all of his success as a British lawyer, he still recognises himself as an Indian achiever.

“Winning the award for India is a self-acclaimed honour because I am Indian and I will always remain an Indian.

“People ask me where I’m from and I say, a citizen of the world, national of the world and native of India.” 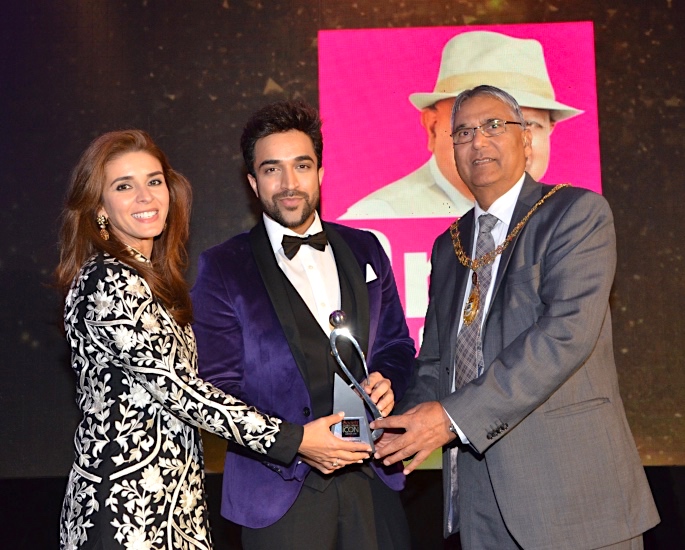 Indian actress and model, Raageshwari Loomba also handed out some of the awards and provided some motivational messages on stage about success.

TV and radio presenter, Anushka Arora hosted this prestigious event. There was also a performance from Kuchipudi and Odissi dancers, opening the event with vibrancy, colour and culture.

With so many outstanding achievements, here is a list of all the winners for the 2018 Society Global Indian Icon Awards:

Outstanding achievement and excellence in Food and Cuisine
Atul Kochhar

Outstanding achievement and excellence in Business and Entrepreneurship
Nick Kotecha 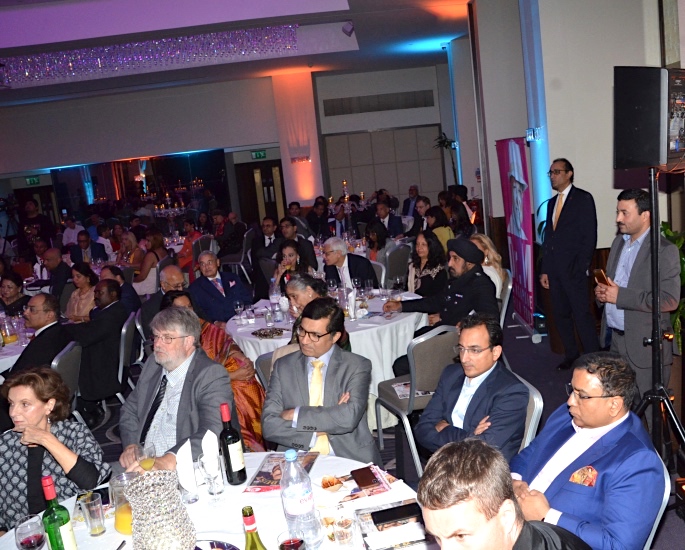 Other than enjoying the awards, the audience was served a 3-course Indian meal by Chandni Chowk catering. They were also given guest copies of Stardust magazine, also owned by Magna Carta publishing, to take home.

Post-event, founder Nari Hira, spoke about the success of the event and taking it across the globe.

“The event this year has surpassed my expectations and we will continue to bring the awards all over the world.”

Overall the event was good and can only get better with time.

DESIblitz congratulates all the winners of this incredibly inspiring awards show. We look forward to many more exciting awards from the organisers of this event.