With Esha Deol making her film return with Cakewalk and the UK launch of Hema Malini’s new biography, the Deols have been enjoying the London spotlight.

“I realised she has matured a lot since her first film"

It truly was a family affair for Bollywood’s Deol family in London. Actress, Esha Deol celebrated her comeback to the big screen with a special poster unveiling of her upcoming short film, Cakewalk.

The 36-year-old was joined by her mother and Bollywood dream girl, Hema Malini, who also welcomed the launch of her authorised biography, written by journalist and critic Ram Kamal Mukherjee.

Notably, the journalist is also turning to directing as he takes lead on Esha’s film, Cakewalk.

Esha’s Comeback and the Journey of Cakewalk 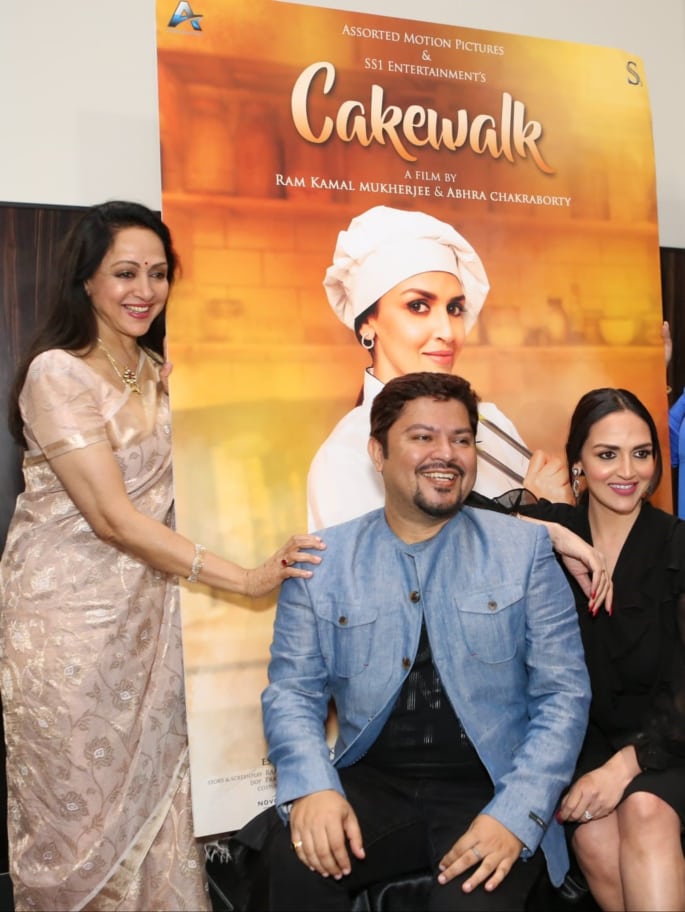 Having been absent from the silver screen for almost 7 years following the birth of her daughter, Radhya, Esha’s new project is being directed by Ram Kamal Mukherjee and Abhra Chakraborty.

The 22-minute Hindi short depicts the life of a chef, Shilpa Sen, who is played by Esha.

Notably, Ram Kamal has enjoyed a close association with Esha’s family for a number of years. In 2005, he wrote a coffee-table book on Hema, entitled Hema Malini Diva Unveiled, which saw great success.

It eventually led to Ram writing a full biography of the beloved actress which has also been unveiled in London. It was during his research process for the book that Ram Kamal was introduced to Malini’s daughter, Esha. Ram stated:

“The journey started with Hema Ji in 2005 and now we are back in 2018. During Hema Ji’s speech about her book, I got to interview Esha.

“That’s when she opened up and spoke beautifully about her relationship with her mother.

“I realised she has matured a lot since her first film.

“That’s when we discussed a script which she liked, and I am very happy that she chose me for her comeback film. She could’ve chosen any film and any banner; I’m sure she got a lot of offers.

“But I am lucky that she chose me and not just that, I never wanted to be a director to be very honest. So whatever I am today, being a journalist till now, is because of Hema Ji, so being a director now is because of Esha Deol Takhtani.

“All credit goes to her because she pushed me to direct my own story and told me it is my vision, so I should go for it.”

The film which follows the life of a chef, has been written by Ram Kamal Mukherjee and Chandrodoy Pal.

Her character has been described as a “modern-day Indian working mother, wife and daughter”.

Supporting her daughter in her return to cinema, Malini said: “It is a beautiful script and the entire message comes through in 22 minutes, which is a very difficult task, but it was done so beautifully.”

While shooting for the film took place in India, it is expected that Cakewalk will release in August 2018.

Part of the London event, also saw one of Bollywood’s most iconic actresses enjoy the UK unveiling of her biography, Beyond The Dream Girl.

The book was revealed by veteran actress Dr. Vyjainthimala Bali, who travelled all the way from Chennai. Speaking at the event, she said: “Hema is like a family, and I am glad [to] launch her book written by Ram Kamal.”

The biography covers the life of the star, her marriage to Dharmendra and her successful career in Bollywood.

Hema Malini added: “I thank Ram Kamal for taking all the pain in writing a book on me. In 2005 he had surprised me with his coffee table book which was published by Nari Hira.

“After almost 12 years when he wanted to do an authorised biography I was wondering what else does he have to say? But he suggested that he wants to write a book called Beyond The Dreamgirl. That title intrigued me, and finally I agreed to his vision.” 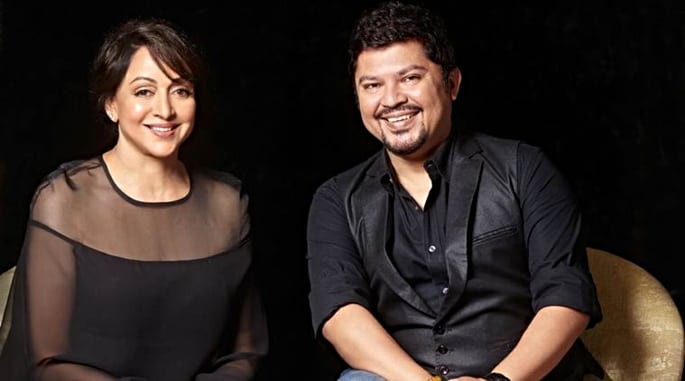 Malini also paid tribute to Vyjainthimala, mentioning how much of an influence the film actress and dancer had on her own life:

“My Amma (Jaya Chakravarthy) loved Vyjainthimala ji, as a kid I used to love her grace. I grew up watching her films and I was a great fan of her performance. It was my mother who wanted me to be a film star just like her. It’s my honour that she agreed to be a part of this ceremony.”

Realising the importance of bringing both iconic figures together in one place, Ram Kamal Mukherjee:

“I knew that Hemaji would be happiest if I could get Vyjainthimala ji to release the book in London. The book travelled across the globe and has been well appreciated by reviewers and media persons.

“It’s an honour to share stage with Nari Hira, Hemaji and Vyjainthimala ji, three important personalities who played a pivotal role in my journalism career.”

Anticipation around the biography has been growing immensely, and many fans of the actress, and of Bollywood, in general, will be looking forward to reading it.

For the mother-daughter duo then, it appears the Deol women are making a well-deserved return to the spotlight with the release of both Cakewalk and Beyond The Dream Girl.

Priyanka is a Film & Television student who loves reading, playing badminton and choreographs dances. She enjoys being with family and is a Bollywood enthusiast. Her motto: “Work so hard that your idols now become your equal competitors later.”
Sheheryar Munawar talks 7 Din Mohabbat In & Pakistani Cinema
Nick Jonas meets Priyanka Chopra’s Mum in Mumbai