With the huge success of 7 Din Mohabbat In, actor Sheheryar Munawar tells us more about this coming of age film and his ‘unlucky in love’ character, Tipu.

The 29-year-old who is known for his roles in the likes of Ho Mann Jahaan and Meray Dard Ko Jo Zuban Miley is one of the brightest stars of Pakistani cinema right now.

Aside from his lead roles in a number of TV dramas like Aasmanon Pay Likha, fans will also remember Munawar’s small but memorable role in the critically acclaimed Zindagi Gulzar Hai, alongside Fawad Khan and Sanam Saeed.

Despite his chocolate hero good looks and undisputed charm, Sheheryar has been outspoken about his desire to play roles that don’t stereotype him as a typical romantic hero.

Even in the 2016 film Ho Mann Jahan, which was a commercial success starring Mahira Khan and Adeel Hussain, Sheheryar played a complex character.

We saw him battling with his troubled relationship with his widowed father, his hidden feelings for his best friend’s fiancé and his untameable desire to become a successful music star.

Munawar admits it is these challenging roles which attract him to a film, and 7 Din Mohabbat In’s Tipu, is no different. 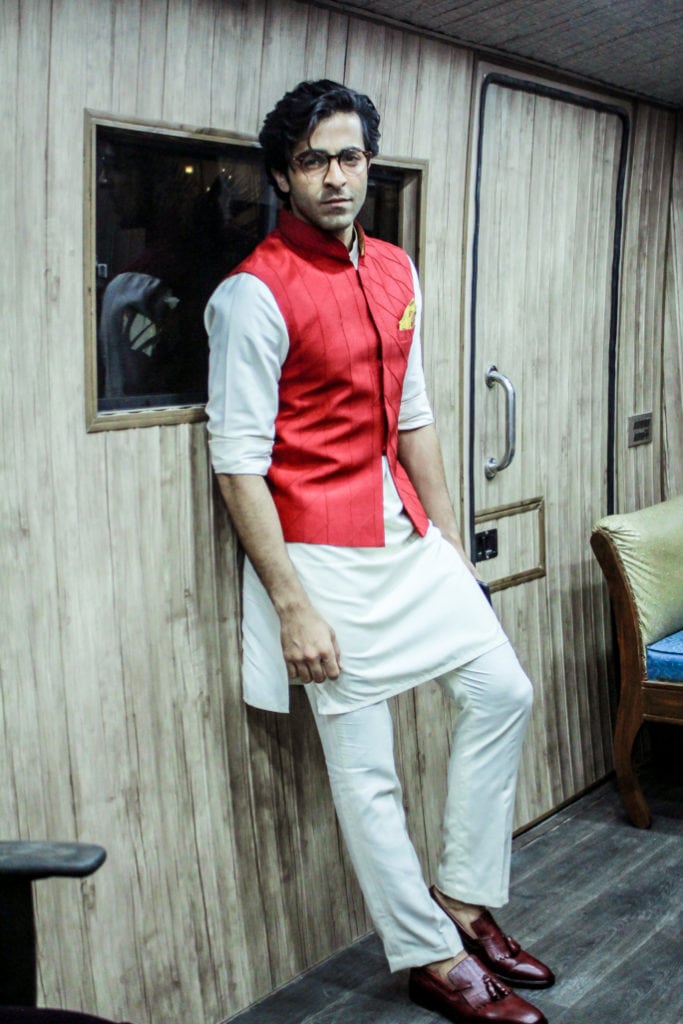 Comedy, Fantasy and Romance in One Film

In a special interview with DESIblitz, Sheheryar tells us:

“Honestly what attracted me to take the role was how challenging it was for me to be able to do a character like Tipu.

“I was really excited by the opportunity to be able to push myself and get myself to work outside my comfort zone. And see how convincingly I can do this character.

“Because for me to be able to do this convincingly, I had to shed all kinds of layers, or inhibitions.

“So, I think it was the idea of how different from what I had done before that got me really excited, and I wanted to take up the challenge.”

Directed by Meenu Gaur and Farjad Nabi, 7 Din Mohabbat In is a film that is difficult to pigeonhole.

Starring Sheheryar in the lead as Tipu, the actor is joined by his off-screen best friend, Mahira Khan who plays the vivacious Neeli.

Set in Karachi, the movie follows Tipu, as a young man on a quest to find true love. Along the way, he seeks help, both from the real world and the metaphysical. And he is faced with many obstacles to overcome.

Munawar is keen to point out that this is not your average guy meets girl romance, however:

“No, I wouldn’t call it the average kind of guy meets girl kind of romantic comedy, because there are amazing characters in this apart from the main two leads,” the actor tells us.

Notably, Tipu is a shy and relatively awkward guy who has very little luck when it comes to finding love.

Sheheryar underwent a considerable transformation for the film too, from his casual good-looks to a more dorky, and awkward young man:

“At the core of it, there’s a coming of age journey of the main characters as well, so I feel there is a lot to it you can’t just pin it down to being a romantic comedy.”

A Captivating Storyline with a Stellar Cast 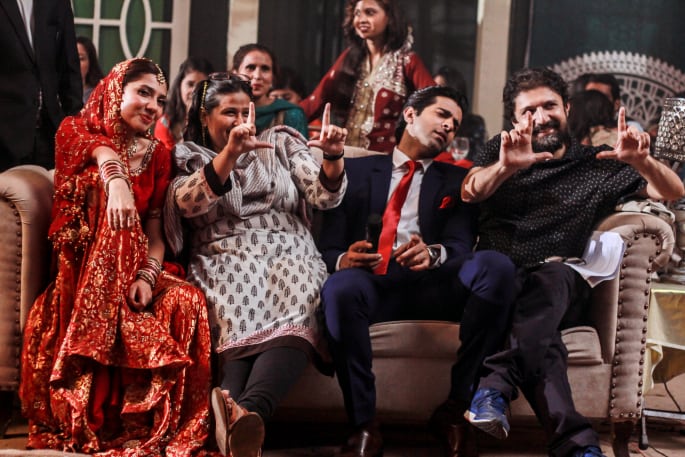 Aside from Sheheryar and Mahira, 7 Din Mohabbat In also boasts a stellar cast.

With the likes of Javed Sheikh, who plays a djinn called Dwarka Prasad, Amna Ilyas and Mira Sethi all playing crucial roles.

From all the behind the scenes footage, and promotional tour, it seems that the cast has had just as much fun off-screen as on.

Speaking about the unique friendship he shares with Mahira on screen, Sheheryar adds:

“We spent a lot of time together. Over the course of a film, you end up spending a year, a year and a half with a person. And I’m lucky enough to know her off-screen as well as a very close friend of mine.

“So being able to work with someone who you feel you are on the same wavelength as is amazing, Because as an actor, it really helps you sort of work better.

“You automatically know, you know. You subconsciously have an idea of how this person will react. You’re already anticipating things or reacting to things in the most spontaneous way.

“Both the actors end up giving room and space because there is trust. There’s a whole lot of faith in each other and I think that usually shows on screen.”

The musical soundtrack has also received praise from fans.

In particular, Sheheryar shares his own favourite song from the movie:

“My favourite song from the film is ‘Ishq Lada’, which is an outright, very tapori style dance number.”

Sheheryar Munawar: From Acting to Directing 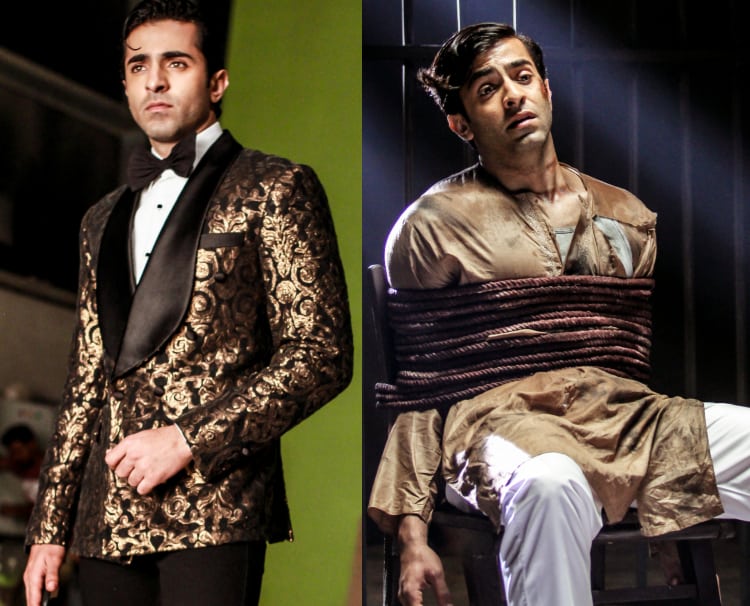 As well as being a talented actor in front of the camera, Sheheryar has mentioned his interest in producing and directing on numerous occasions.

In particular, the opportunity to direct his first feature film in Pakistan is a very real dream, and one in which he looks forward to realising in the near future.

However, the star is adamant that the process of cultivating a story and bring it to the screen should be a truly organic one. And should arise only when he feels he is ready.

“So you should let a story cook, or simmer, let it be inside you and let it sort of incubate until the time you sort of feel that it’s ready and if you don’t pop it out, you’ll probably burst.

“So yeah, I’m waiting for that moment. When it comes, even if it’s two days from now, or like next year, I’ll jump into it. So, I feel it’s more of an internal process that way.”

Listen to our full interview with Sheheryar here:

In the meantime, Sheheryar Munawar can enjoy the success of his latest release, 7 Din Mohabbat In. Already becoming one of the biggest Pakistani film releases of 2018, the film offers non-stop entertainment throughout.

Essentially, what makes this film stand out are its hugely relatable characters and scene-stealing cast. Without a doubt, there is a Tipu in every one of us, where sometimes a lack of confidence and insecurity gets the best of us.

But as Sheheryar advises: 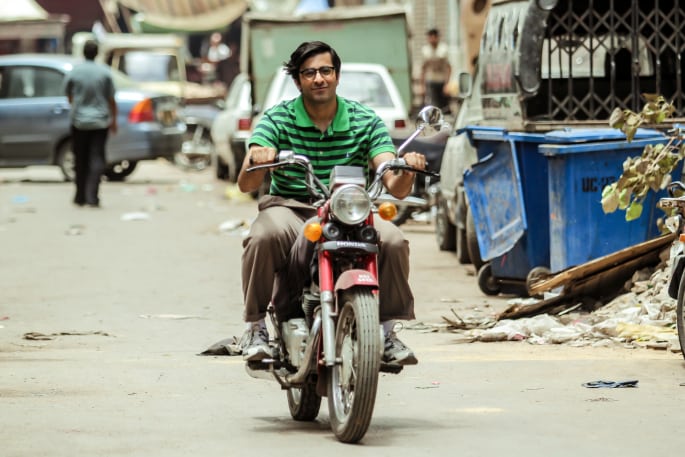 “Don’t try too hard at all, just celebrate who you are.

“Be okay in your skin, learn to love yourself and you’ll be able to love others more openly.”

Aisha is an editor and a creative writer. Her passions include music, theatre, art and reading. Her motto is “Life is too short, so eat dessert first!”
Sunny Leone’s ‘Nude’ Family Picture gets Troll Backlash
Esha Deol’s Cakewalk marks her Bollywood Comeback