Sheheryar Munawar and Sajal Aly’s latest photoshoot is a treat for sore eyes and has been creating waves among the public.

Sheheryar Munawar and Sajal Aly’s recent photoshoot for Hello Pakistan has been all the rage ever since it was unveiled on social media.

The actors made quite a ruckus on social media thanks to their obvious sizzling chemistry and fans can’t seem to get enough of the two onscreen.

In the said photoshoot, we see Sajal Aly as Sheheryar’s muse, the former seemingly obsessed with the latter.

Rao Ali Khan conceptualised the shoot and now the Parey Hut Love star is dishing out the thought behind the shoot that has gone viral for all the right reasons.

While sharing a few posts from the aforementioned photoshoot, Sheheryar penned on Instagram:

“Sharing the last bunch of shots I really admire from this shoot.”

The actor posted a carousel of pictures and penned: “Very film noir (after the advent of colour) is a very old world. That’s why I love them.

“Please keep in mind we’re actors playing characters – enjoy them for what they are – art.” 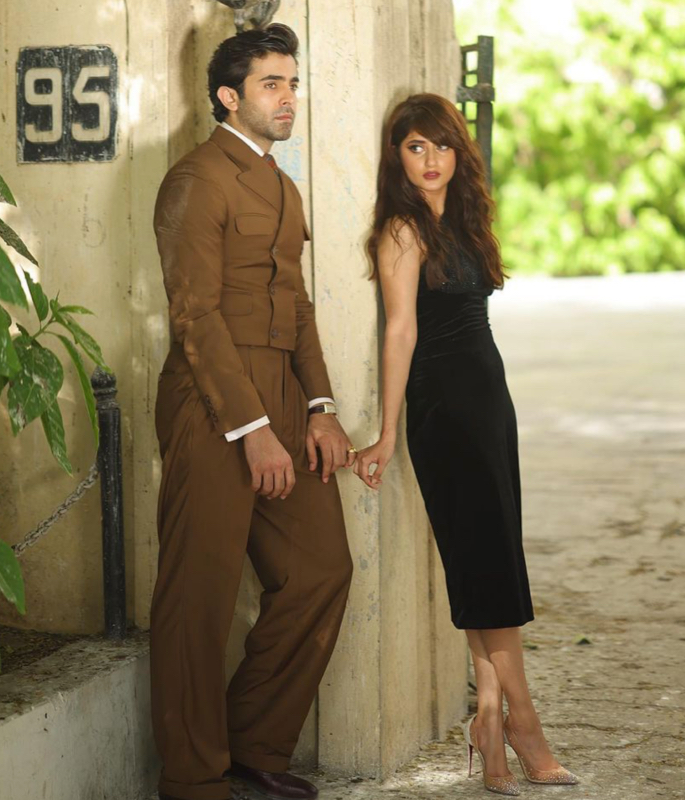 Talking about the idea behind the concept, the 7 Din Mohabbat In star added: “The concept behind the shoot was to follow the story of a self-indulgent, narcissistic and emotionally unavailable artist and his muse.

“To show the repercussions of being in an emotionally abusive relationship.”

He shared how the idea is “inspired by true life events – the courtship and later marriages of Arthur Miller, Marilyn Monroe and Kamal Amrohi and Meena Kumari.” 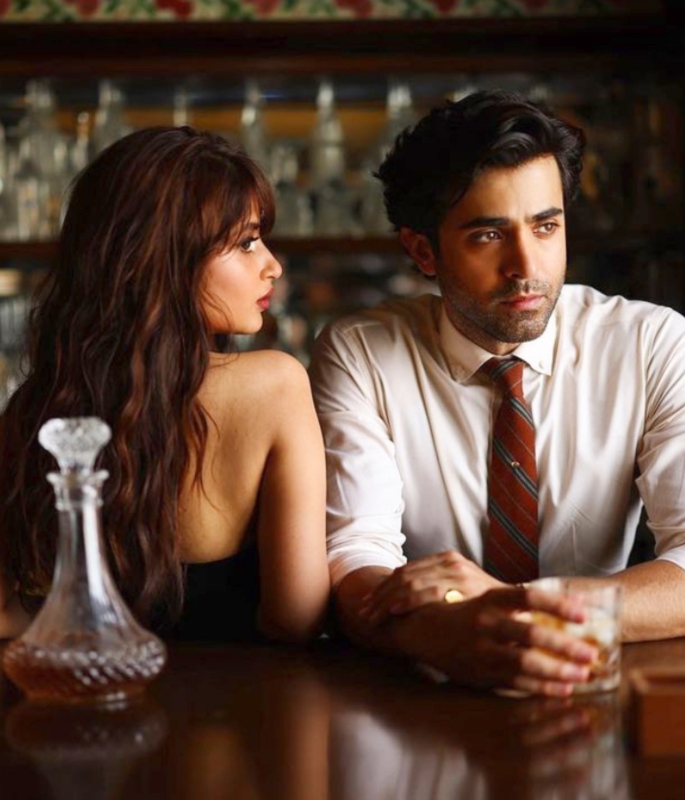 Sheheryar went on to add: “There are some hints to this story in the pictures – for example in the sculpture sequence, even though it seems like the artist is making his lover’s sculpture – but it’s actually his own sculpture – a male sculpture – (hinting at his self-love).

“In the fashion film from the shoot that I realised earlier, the man’s character shoots someone at the end – this is a metaphor for the abuser killing the abused metaphorically in a toxic relationship with emotional abuse.” 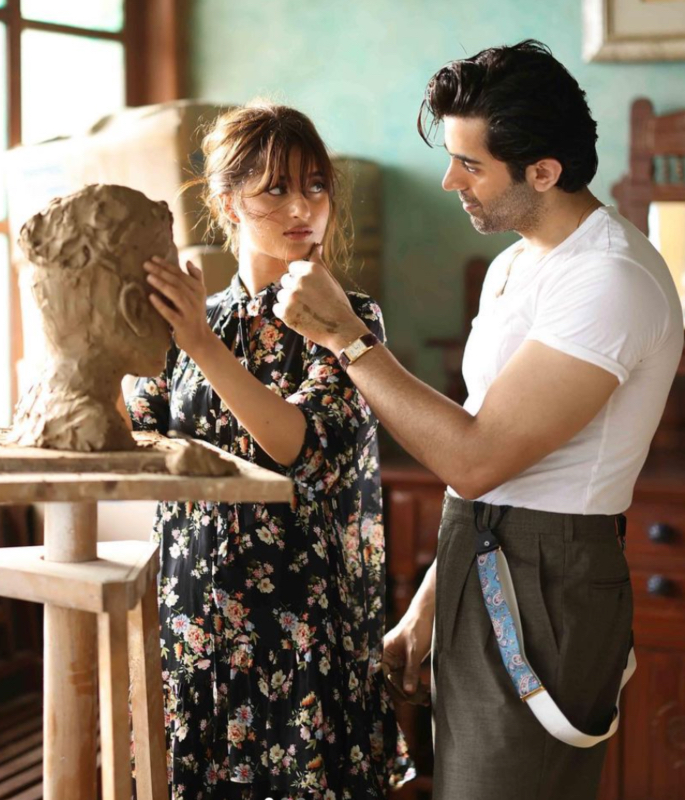 He concluded with: “I hope all of you enjoyed watching the pictures as much as we enjoyed working on them.”

Many took to social media and praised Sheheryar and Sajal for their recent project.

Ushna Shah, too, lauded the actors for fittingly portraying the characters.

She commented on Sheheryar’s post: “As much as I no longer want to advocate the glorification of abusive relationships (difficult to do when one works in Pakistani dramas), art does represent life and this is indeed very reminiscent of old-world Hollywood life.”

She added: “This shoot is more than just a beautiful shoot, it truly IS art.

“Rao Ali Khan, you’ve outdone yourself! Rizwan Haq is a genius storyteller and the subjects of this shoot are beautiful artists. Mashallah and bravo, guys!”

Ravinder is a Journalism BA graduate. She has a strong passion for all things fashion, beauty, and lifestyle. She also likes to watch films, read books and travel.
Tanushree Dutta ‘Barely Escaped Death’ from Bollywood Mafia
Is Aamir Khan’s daughter Ira Khan getting Married?