"Nickelodeon Kids Choice Awards is a special awards like none other that celebrates kids."

The event which took place on 13th December 2018 at the NSCI Dome, Mumbai saw several stars in attendance, ready for a fun-filled evening.

The annual ceremony hands out awards across a variety of different categories including movies, television, dance and gaming.

The one of a kind event that has a kids focus offers young people the power to vote for their favourites.

In addition to awarding trophies on the night, the ceremony also saw some entertaining performances.

In 2017, stars including Alia Bhatt, Ranveer Singh, Kriti Sanon and Varun Dhawan attended the event. And 2018 had no shortage of big stars.

Big celebrities in attendance for the 2018 awards included Deepika Padukone, Sonakshi Sinha, Varun Dhawan and Alia were in attendance. Deepika smiled as she posed alongside Spongebob Squarepants and other characters.

The actress held hands with the characters which made for some fun pictures. 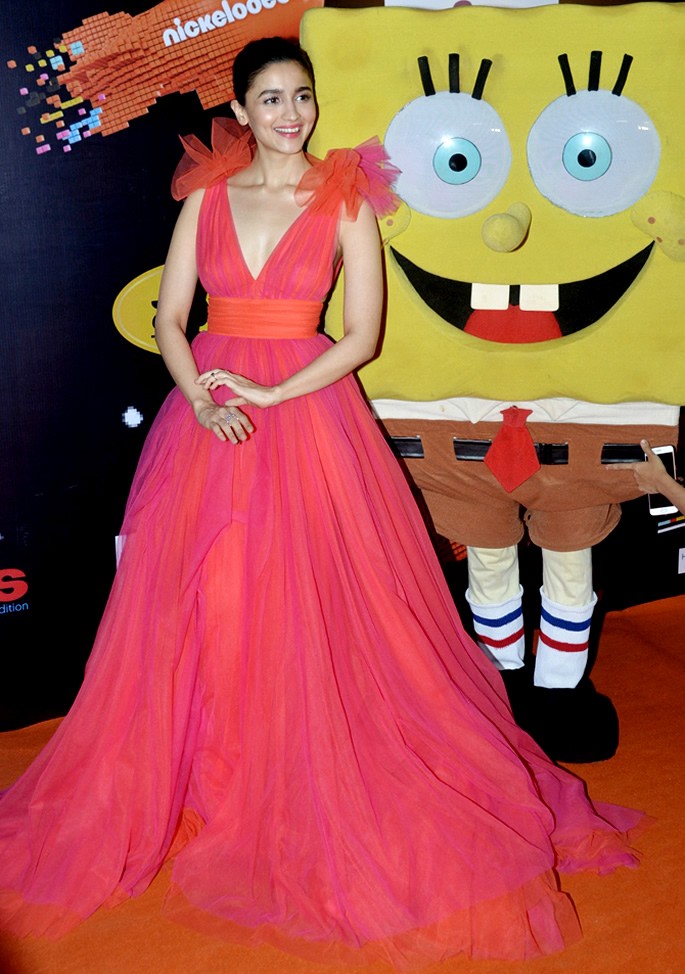 Additionally, Alia Bhatt looked stunning in a red and orange coloured gown, as she posed for photographs. She twirled in her gown and looked every inch the glamorous star that she is.

Also, Varun Dhawan and Sonakshi Sinha posed up a storm on the orange carpet together. 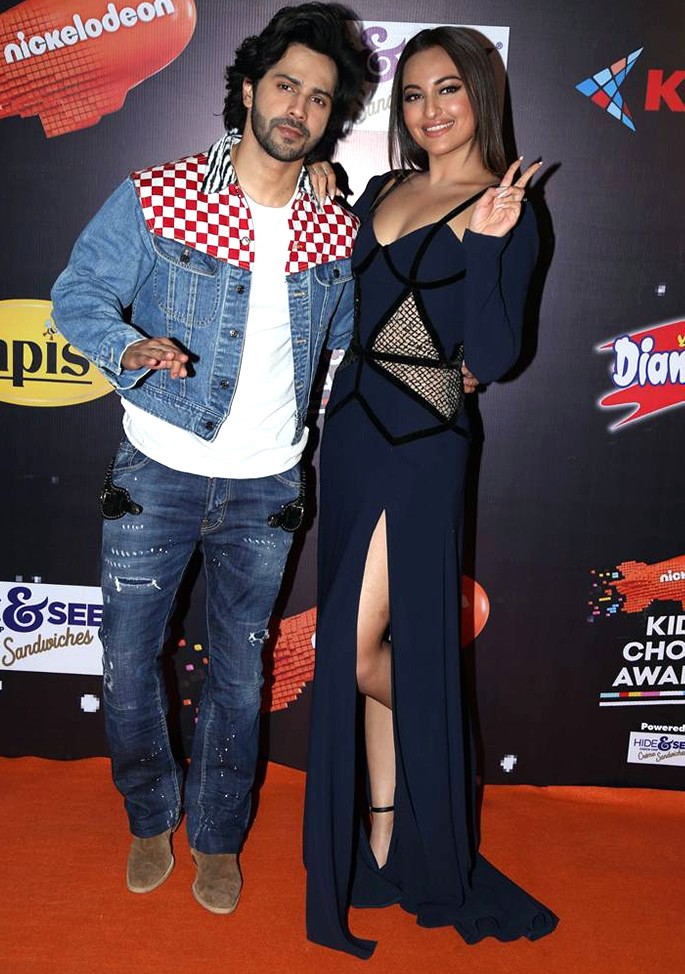 The pair who are set to star in Kalank (2019) together seemed happy to be in each other’s company.

Other Bollywood names who made an appearance were Huma Qureshi, Ishaan Khatter, Manish Paul and Aayush Sharma. 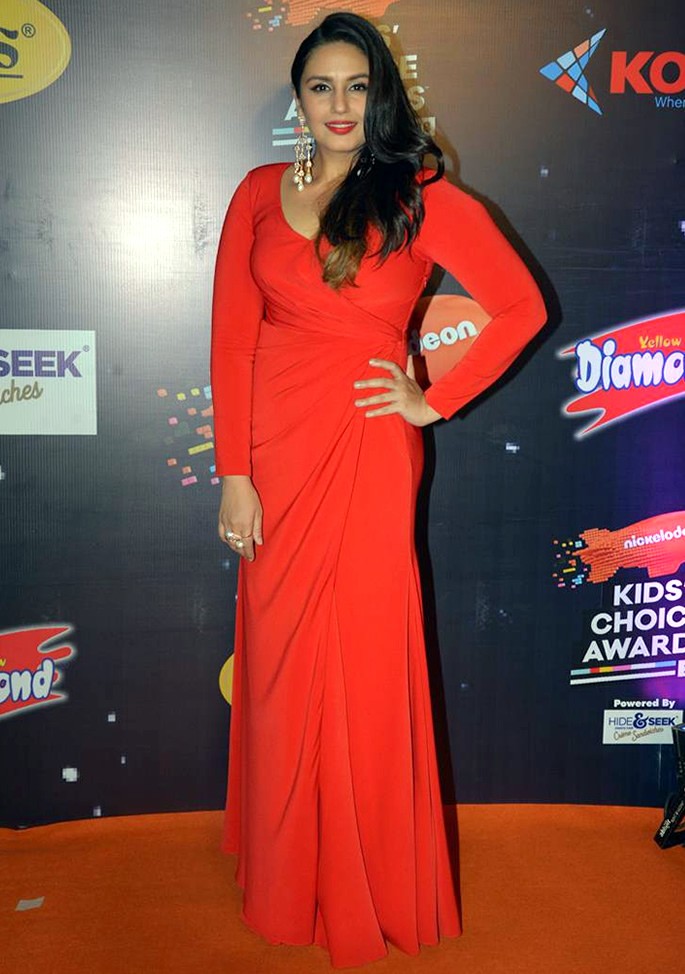 Ishaan arriving at the event went for a slightly casual outfit, as he walked the orange carpet. Alternatively, actress Huma Qureshi was wearing a bright red gown, as she had her picture taken. 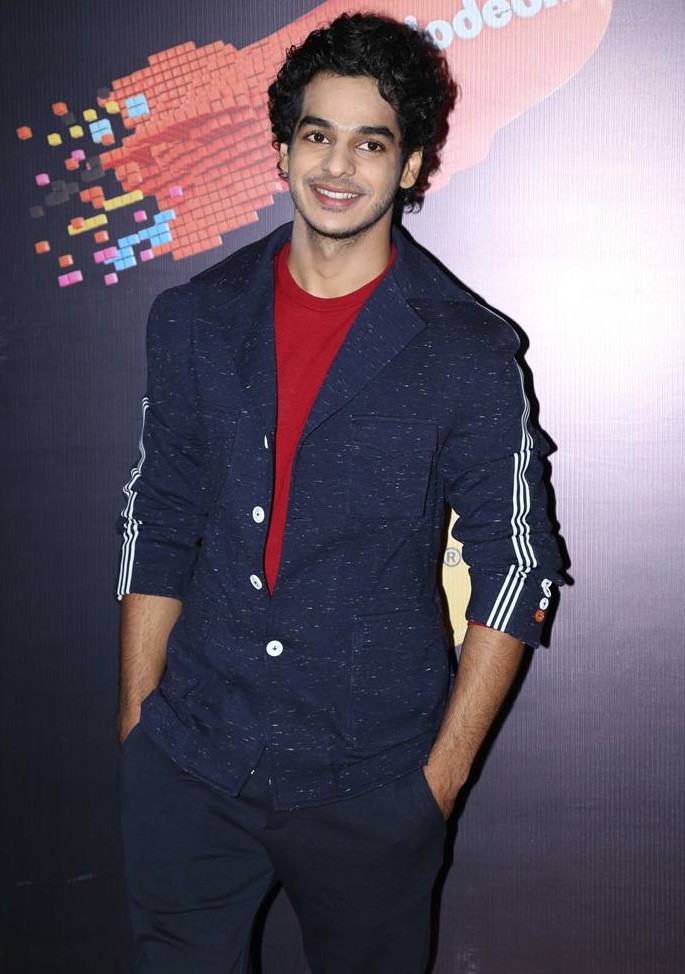 There were some great performances by Sonakshi Sinha, Varun Dhawan and Ishaan Khatter.

Consequently, Alia, who took home the award for the second time, spoke to the media after the event. Bhatt said:

“Performing for my young fans is always fun and each year of this unique awards has been much more entertaining and exciting than the previous.

“Being recognised by kids and being slimed as a mark of honour was a lot of fun and an amazing experience.”

Besides winning the Favourite Actor award, Varun Dhawan also won the Favourite Entertainer award, making it a double dose of victory for the star.

Interacting with the media on the orange carpet, Varun spoke about how much he enjoys attending the event saying”

“Nickelodeon Kids Choice Awards is a special awards like none other that celebrates kids. It is always fun performing with and for the kids along with their favourite toons.”

“This year too my act was unique with it being an adventurous aerial act and is sure to be loved by all.”

Other notable winners of the night were Deepika Padukone, Tiger Shroff and Ishaan Khatter. 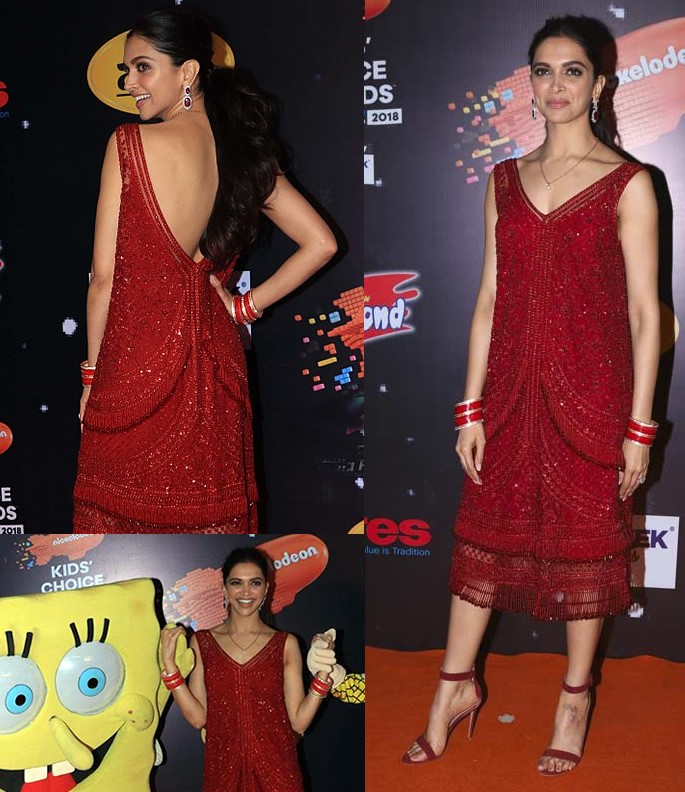 Moreover, a video has emerged online of Deepika dancing with host Kartik Aaryan. The new bride looks stunning in a red dress, teamed with red and silver bangles. Deepika appears to be in great spirits, as she has fun on stage with Kartik.

Furthermore, Aayush Sharma danced to his hit song Chogada from the film Loveyatri (2018). He was on stage along with a group of excited children, eager to dance to the song.

The children copied Aayush’s signature steps from the song, as the group appeared to be having a great time.

The Nickelodeon Kids Choice Awards 2018 was certainly a fun-filled evening full of performances and laughter. Congratulations to all the winners on their awards and we look forward to what the 2019 awards bring!

Hamaiz is an English Language and Journalism graduate. He likes to travel, watch films and read books. His life motto is “What you seek is seeking you”.
TV Comedy Star Kapil Sharma weds Ginni Chatrath
10 British Asian Actresses who have Made Their Mark