A fake taxi driver from Greater Manchester has been imprisoned for sexually assaulting a woman. The incident happened in December 2018.

"Unbeknown to her, the vehicle she had stopped was actually a private car"

Chester Crown Court heard he sexually assaulted the 22-year-old woman who on her way home from Chester.

In the early hours of December 23, 2018, the woman had been on a night out in the city with friends.

At around 3:30 am, she became separated from them and stopped to help a man claiming to be ill.

The woman decided that the best thing to do was to take him home. She then flagged down what she thought was a taxi on Eastgate Street.

A spokesperson for Cheshire Police said:

“Unbeknown to her, the vehicle she had stopped was actually a private car driven by Sultan, who did not have a licence to operate as a taxi driver and was not insured to drive the car.”

Once they were in the car, the victim gave details of the required drop off points.

It was later revealed that the man was not actually ill but was using the woman to get a free taxi ride home. Sultan subsequently ordered him out of the car.

Once alone with the woman, who was sitting in the front passenger seat, the fake taxi driver “plied her with a constant flow of compliments”.

He told her she was perfect and that he “could never find a woman like her”.

Sultan then put his hand on the woman’s leg, with his fingers on her inner thigh and began to stroke her.

The woman was aware that she was in a vulnerable position and immediately pushed Sultan’s hand away and asked him to stop.

A short while later, when the car had stopped, the woman was able to get out. She ran into a wooded area where she called for help. 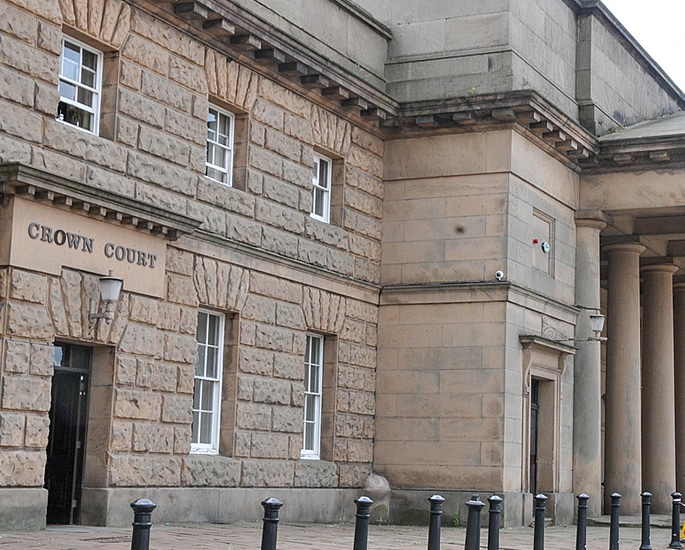 Sultan was found guilty of sexual assault by touching following a three-day trial. He admitted touting a private hire vehicle and driving without insurance.

“She was alone, trapped in a vehicle with a man she had never met before who had targeted her to fulfil his own sexual gratification.

“The victim placed her trust in Sultan, believing that he was a genuine taxi driver. He totally abused this trust.”

“Being inappropriately touched and sexually assaulted by a stranger is the stuff of nightmares and I cannot praise the victim enough for her bravery in reporting her ordeal to the police and giving evidence against Sultan in court.”

Nadeem Sultan was jailed for two years. He was also given a 10-year Sexual Harm Prevention Order, reported CheshireLive.

“I would also like to pay tribute to the victim for the courage that she has shown throughout this investigation.

“Thanks to her bravery and the hard work of officers here at Chester, Sultan is now behind bars facing the consequences of his actions.

“I hope that the custodial sentence that Sultan has been handed will provide reassurance to the victim and deter others from committing similar offences.”

Inspector Parry added: “We treat all reports of sexual offences extremely seriously and any such allegations will be thoroughly investigated, with the wishes and needs of the victim as our main priority.

“Victims should never feel ashamed to talk about what has happened to them.

“They will receive the help and support they need from our specialist officers, as well as from other support agencies we work alongside.”

Dhiren is a journalism graduate with a passion for gaming, watching films and sports. He also enjoys cooking from time to time. His motto is to “Live life one day at a time.”
Sajid Javid appointed first Asian Chancellor in UK Cabinet
Indian MBA Student commits Suicide after being called ‘Gay’