A “monstrous” predator paid off a taxi driver so he could sexually assault an unconscious teenager in the back of his cab.

“Mahmood is a sexual predator"

Omed Mahmood, aged 39, of Atherton, was jailed for nine years after he sexually assaulted an unconscious teenager in the back of a cab.

Bolton Crown Court heard that he paid off a taxi driver in order to commit the offences.

Mahmood preyed on the 18-year-old victim after she left a nightclub in Warrington in October 2021.

He approached the woman and walked with her to a nearby taxi rank.

CCTV footage taken at about 5 am then showed Mahmood pulling the woman towards a taxi as she tried to walk away.

The taxi was being driven by Jojo Joseph Thirunilam and was initially bound for Liverpool.

But when the victim fell asleep, Mahmood signalled to the driver to turn the cab around.

He was seen handing cash to the driver before the taxi headed towards Mahmood’s home.

During the hour-long journey, the unconscious victim was repeatedly sexually assaulted.

Meanwhile, Thirunilam watched from the front and made licking gestures with his tongue.

There was no previous association between Mahmood and Thirunilam before the incident and they were not known to one another.

Shortly after 6 am, the taxi arrived at Mahmood’s home.

He then forcefully pulled the victim from the cab and into his flat. Mahmood then sexually assaulted her while she was in and out of consciousness.

The teenager left the flat in a “distressed state” almost two hours later while Mahmood was sleeping.

After she raised the alarm at a nearby shop, the police were called.

Mahmood was jailed for nine years.

Thirunilam was jailed for 18 months and made to sign the Sex Offenders Register. His taxi licence has also been suspended. 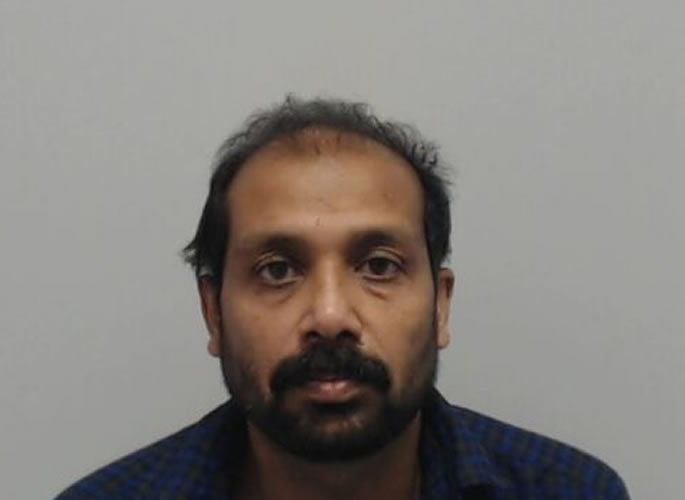 “First and foremost, our thoughts are with the victim and her family who have understandably been through a horrific time, especially during the trial where explicit details were heard.

“Detectives immediately launched an investigation and arrested Mahmood within 48 hours of the incident.

“They carefully pieced together hours off CCTV to understand the events of that night.

“Mahmood is a sexual predator and the monstrous actions that saw him prey on a vulnerable young woman are absolutely unspeakable.

“I’m glad he is behind bars and the streets are a safer place for women without him.”

“Thirunilam could have helped the victim and prevented the sexual assaults from happening in his vehicle, but instead he chose to watch and encourage Mahmood despite not even knowing him.

“Violence against women and girls is one of GMP’s priorities and officers are working every day to make the region a safer place.

“We will use absolutely every power we have available to us to protect women from perpetrators like these two men.”

Dhiren is a journalism graduate with a passion for gaming, watching films and sports. He also enjoys cooking from time to time. His motto is to “Live life one day at a time.”
Be the Business launches Strive UK Mentoring Programme
Faryal Makhdoom says she has ‘Every Right’ to Live Off Husband