Huddersfield solicitor Kamar Abbas Khan was jailed for his part in a ‘crash for cash’ insurance scam, working with Dr. Asef Zafar to create false documents.

"I have no doubt your motivation was greed pure and simple."

Kamar Abbas Khan, aged 34, of Huddersfield, was jailed for 15 months at the High Court of Justice on Friday, October 5, 2018, for his part in an insurance scam.

Khan, who founded Yorkshire law firm Taylor Knight and Wolff Ltd (TKW), was found to have presented false medical documents in pursuit of a ‘crash for cash’ personal injury claim by a taxi driver.

On December 3, 2011, Mr. Iqbal submitted an injury claim after his car was hit by Nicola Versloot in High Wycombe.

The victim approached claims specialist On Time Claims (OTC) and said that he suffered whiplash and was left shaken following the crash.

He instructed the case to be handled by TKW Solicitors.

Dr. Zafar examined Mr. Iqbal on February 17, 2012, and his report stated that he “developed mild pain and stiffness in the neck on the day of the accident.” 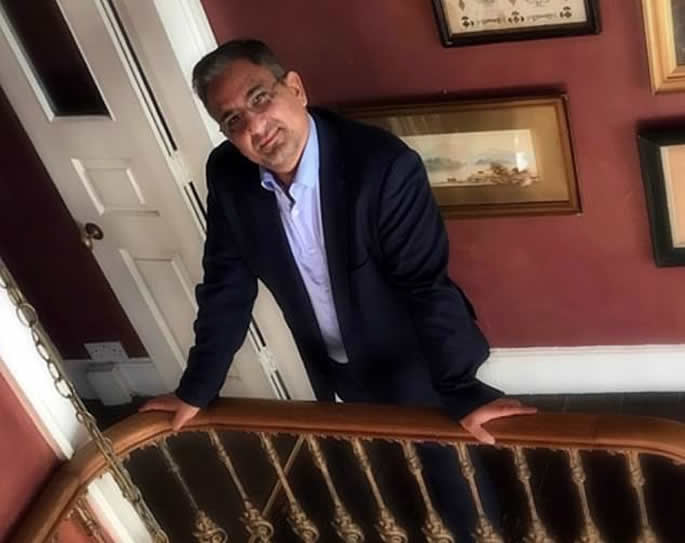 The report went on to say that Mr. Iqbal “fully recovered” a week after the crash.

However, the victim phoned Khan saying that he was unhappy about Dr. Zafar’s report and his pain was ongoing.

Khan wrote to the doctor saying that Mr. Iqbal “did not want the medical report” to be disclosed in his personal injury claim.

The solicitor then emailed Zafar’s firm Med Admin telling him that he should “amend” the report to say that the injuries were likely to continue for up to eight months.

The Court heard Dr. Zafar re-submitted the medical report without mentioning the first one which said his injuries had cleared up within a week.

Their new report was sent to TKW, where liability for the accident was accepted by insurers LV= in August 2013.

As suspicions continued to increase, Khan claimed to LV= insurers that he had not seen the revised medical report.

He also said that he was told by his solicitors that it would be okay to say Mr. Iqbal’s symptoms lasted eight months.

Both Khan and Zafar were arrested and charged with contempt of court after an investigation was conducted by LV= and law firm Horwich Farrelly.

Throughout the case, Khan and Zafar continued to deny any involvement, however, Mr. Justice Garnham refused to believe the lies.

Khan’s law firm was closed in 2016 by the Solicitors Regulation Authority.

He also heard that Khan had forged Mr. Iqbal’s signature on a witness statement.

The Judge said to Khan: “I have no doubt your motivation was greed pure and simple.”

The Judge told the court that Dr. Zafar was producing 32 medical reports every day and charging £70 each.

The Judge said: “You were motivated first by your desire to keep the report writing factory you had devised running at full capacity to continue making the astonishing profit.”

“Then by the cowardly desire to cover what you had done.”

“Accordingly, he is, in those respects guilty of contempt of court.”

Representatives of both LV= and Horwich Farrelly spoke about the case on Tuesday, October 9, 2018.

“Whilst this case has taken a considerable amount of time, effort and cost, it has been worth it in order to send a stark warning to the ‘professional enablers’ of fraudulent claims.”

“LV= is always prepared to stand up to fraudsters to protect the premiums and the rights of our honest customers.”

Ronan McCann, of Horwich Farrelly, said: “A case of this nature is unprecedented.”

“The public’s trust in both the medical and legal profession has been severely let down.”

“This case has taken over five years to reach its conclusion and it would have been very easy for LV= to walk away on any number of occasions, but they insisted on fighting for the principles involved.”

Kamar Khan was found guilty of contempt of court and was jailed for 15 months.

Dr. Asef Zafar was found guilty of contempt of court was sentenced to six months in prison, suspended for six months.

Dhiren is a journalism graduate with a passion for gaming, watching films and sports. He also enjoys cooking from time to time. His motto is to “Live life one day at a time.”
Sajid Javid: Medical Cannabis available from November 2018 on NHS
Imran Ali rapist of 7-year-old Zainab Ansari to be Executed