A ‘Crash for Cash’ gang from has been jailed for an Insurance fraud worth £1.2m led by the ringleader Raja Mehmood from Luton and 15 members in total.

"Mehmood was the ringleader at the centre of the gang"

A ‘Cash for Crash’ gang has been jailed for a £1.2 million scam, after a three-day-hearing at St Albans Crown Court on Monday 7, January 2019.

The kingpin of the organised crime gang, Raja Mehmood, aged 35, from Luton, was jailed for six years. In addition to Mehmood, 15 other gang members were also handed sentences by the judge at the hearing.

The gang operated between 2013 and 2015 and orchestrated about 80 collisions on the roads of Luton.

Mehmood arranged business meetings with innocent victims who were unaware of his intentions. He then used their details to take out insurance policies on cars which were then later involved in the crashes carried out on purpose.

The scam scheme created by the gang made use of different approaches and techniques for the collisions to take place to subsequently make fraudulent insurance claims.

In some instances, it involved sudden braking to force the car behind them to crash into them. Other collisions saw the members of the gang just crashing into each other which were not witnessed by anyone, in order to make a claim.

Mehmood and his gang members then submitted inflated insurance claims for damage to the cars and personal injury including whiplash.

An investigation into the gang was launched by the Insurance Fraud Bureau (IFB), the Eastern Regional Special Operations Unit (ERSOU) and the City of London Police’s Insurance Fraud Enforcement Department (IFED) in November 2015.

Officers from the ERSOU, which is a combined effort of seven police force resources from Bedfordshire, Cambridgeshire, Essex, Hertfordshire, Kent, Norfolk and Suffolk, discovered fraudulent insurance documents when carrying out an unrelated warrant.

The documents included insurance policies and claim forms which were then linked by the IFB back to a number of ‘Cash for Crash’ accidents. The incidents connected Raja Mehmood at the centre of the organised crime of the group.

The investigation unveiled the direct linking of about 80 collisions back to the gang.

Officers also discovered that another 10 people were also involved in the scam operation of the gang. This included family members and partners of gang members.

The others assisted with making the fraudulent insurance claims, collecting the illegal payouts and helping with the staging of some of the car accidents.

The gang were arrested by the officers investigating the collisions which all had a link to the organised crime and insurance scam.

The court heard how the gang operated their scam and how each of the members of the ‘Crash for Cash’ gang played their individual roles, led by Raja Mehmood and the ringleader.

Mehmood initially fled the country. However, when he returned to the UK in August 2017, he was arrested by ERSOU at the airport.

Sentences handed to the gang included seven of the members being given prison terms for their role in the collisions and conspiracy to commit fraud, and the other eight members were given suspended sentences and community service. 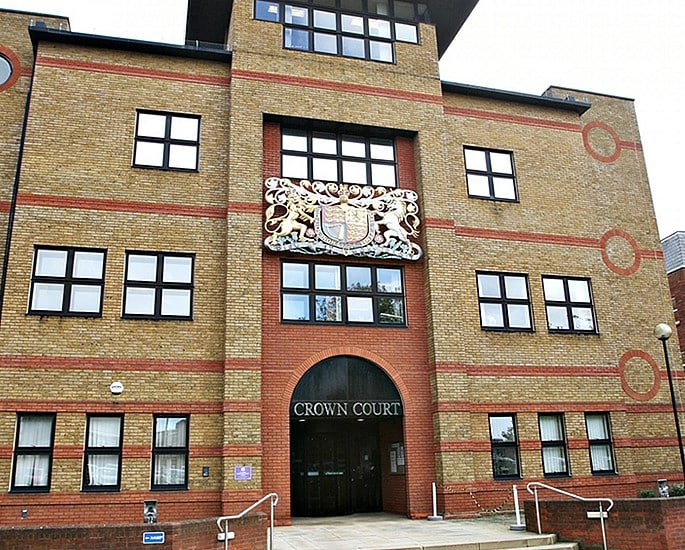 Sentences given to the ‘Crash for Cash’ gang members for their crimes included:

The IFB has a major focus on ‘Crash for Cash’ scams leading to a significant number of successful prosecutions. The Head of Intelligence at the IFB, Stephen Dalton, commenting on the outcome of the case said:

“We would like to thank ERSOU for bringing vital information to the IFB.

“By working closely together we’ve been able disrupt this notorious criminal gang in the Luton area.”

“Mehmood was the ringleader at the centre of the gang who plagued Luton’s roads before fleeing the country, instead of owning up to his crimes, leaving other gang members to take the fall.

“His manipulative nature also meant he didn’t think twice before taking advantage of his business connections in order to expand his scam and maximise his profits.

“Today’s result is a win not just for the police and the insurance industry, but also for the local community.”

ERSOU Detective Sergeant Kelly Gray, from the ERSOU, leading the investigation into the ‘Cash for Crash’ gang, said:

“Not only were these individuals scamming insurance companies out of thousands of pounds, more importantly, they were putting the lives of innocent motorists at risk on a regular basis by causing these collisions.

“We’re really pleased these offenders have now been brought to justice, and we hope that the sentences send a stark lesson to others.

“We’re committed to clamping down on fraudsters.”

According to the IFB, the annual cost for ‘Crash for Cash’ in the UK is approximately £392m and the average value of a scam investigated by them is £1.7m. Indicating the enormity of the crime.

Amit enjoys creative challenges and uses writing as a tool for revelation. He has major interest in news, current affairs, trends and cinema. He likes the quote: "Nothing in fine print is ever good news."
Bradford Man jailed for £60k Shopping Spree after Card Glitch
Indian Son beats Father aged 60 to Death over Property Dispute