In their new YouTube vlog, Bharti Singh and Haarsh Limbachiyaa revealed their 3-month-old son Laksh’s face. They welcomed him in April 2022.

Now in their YouTube vlog, the two have revealed their baby Laksh’s face for the first time.

In the video, Bharti gives a tour of Laksh’s room and says that she is very excited about his face reveal.

Later, Haarsh and Bharti reveal his face and cut Laksh’s 3-month birthday cake. Bharti says that Laksh will be a ‘mumma’s boy’ and that he has a ‘lot of patience’.

The video was captioned, “Hai na hamara Gola cuteee. Ab aap batao Gola kispe gaya hai mere pe ya Haarsh pe (Isn’t our Gola cute? Now you guys tell us if he looks like me or like Haarsh)?”

One fan commented, “The baby will definitely be a happy pill for everyone! Look at him so adorable.”

Another one wrote, “The way he was sitting near the cake was so adorable do cute worlds cutest baby ever.”

While one wrote, “From Bharti acting like a child to playing with her own child just how fast time flies,” another one said, “Laksh looks like God Krishna.”

Bharti and her husband, writer Haarsh Limbachiyaa, welcomed their Laksh in April.

On Instagram, Bharti posted a picture from her maternity shoot.

In the caption, she revealed, “It’s a BOY.” Several celebrities shared their wishes for the couple.

Many fans also took to the comments section to congratulate the couple.

Bharti Singh was temporarily replaced by Surbhi Chandna on another show where she was hosting Hunarbaaz Desh Ki Shaan during her maternity break.

Bharti returned to work less than two weeks after delivering her baby.

When she stepped out for the first time after giving birth, she told reporters: “I cried a lot today. My baby is just 12 days old.

“But work is work, I have commitments. I will share sweets with all of you. Thank you.”

The ‘laughter queen’ and her husband met around 11 years ago on the set of the popular Sony TV show, Comedy Circus.

Bharti Singh had been a contestant on the show while Haarsh Limbachiyaa was a screenwriter and the two became good friends before eventually dating.

They finally tied the knot in front of family and friends in Goa in December 2017. 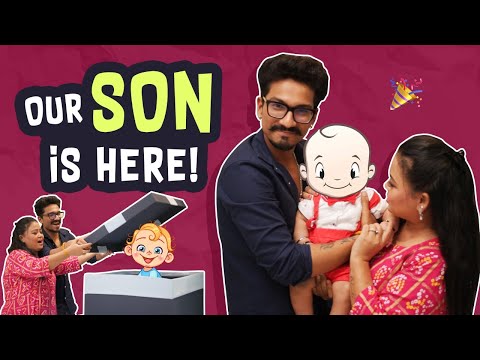 Ravinder is a Journalism BA graduate. She has a strong passion for all things fashion, beauty, and lifestyle. She also likes to watch films, read books and travel.
Ranveer Singh & Deepika Padukone buy Rs 119 crore Flat in Mumbai
Netflix’s Indian Matchmaking to return for a Second Season