A man from Leeds was the ringleader of a gang that was responsible for defrauding his employer’s health insurance scheme.

"I'm astonished that nobody didn't smell a rat sooner".

Kasim Mughal, aged 35, of Leeds, was jailed for 30 months on August 30, 2019, for orchestrating a scam against his employer’s health insurance scheme.

He and five others made a series of false medical claims against their company’s medical benefits package.

The group of workers at food firm Arla’s premises in Leeds made false claims for medical care. These included dental care, eye care, foot care and hospital stays they never had.

To back up the claims, Mughal provided insurance firm Simply Health with bogus invoices from the practices that he claimed he had received the treatment from. In total, he claimed £1,061, though £785 was actually paid to him.

He had introduced the five others to his criminal activity and in some cases, Mughal gave them the fake invoices he used to help back up their claims.

Mughal had claimed that defrauding Arla’s health insurance scheme was “rife at the company”.

Leeds Crown Court heard the group profited from the scam by submitting invoices to Simply Health over an eight-month period. They then split the money with Mughal.

In one instance, Mughal set up a policy in the name of an Arla worker who was unaware of the policy’s existence or that claims were being made in his name. 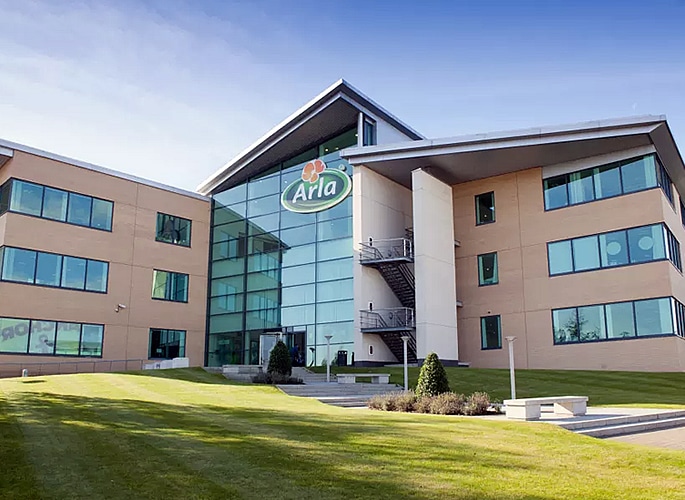 The group managed to claim £12,232 over the months, although some of the sums they tried to get were not paid out in full.

The City of London Police’s Insurance Fraud Enforcement Department (IFED) investigated the fraudulent activity and it led to the gang’s arrest.

Paula Casey did not work for Arla but her partner did and she benefitted from the fraud by using his details to set up a policy and make false claims.

Jowsey also was not an employee but she allowed her bank account to be used to receive claim payments from a policy that was set up by Mughal, using the details of an unaware co-worker.

Judge Penelope Belcher said Mughal had “plainly a leading role in all of this and I’m astonished that nobody didn’t smell a rat sooner”.

“You say the [healthcare] fraud was rife throughout the company; you chose to join in this.”

“This did not reduce your responsibility. It was entirely fraudulent conduct of your own choice – you did not have to take part.”

Kasim Mughal was sentenced to 30 months in prison.

Daniel O’Leary, aged 38, of Leeds, was sentenced to 17 weeks in prison, suspended for 12 months and was ordered to do 150 hours of unpaid work.

Paula Casey, aged 57, of Leeds, also received 17 weeks in prison, suspended for 12 months and was ordered to do 150 hours of unpaid work.

Ladislay Prostecky, aged 36, of Wakefield, was told to undergo 100 hours of unpaid work.

Karolina Maj, aged 28, of Wakefield, was ordered to do 100 hours of unpaid work.

“This group of fraudsters shamefully exploited their employer’s medical benefits package, in order to try and steal thousands of pounds.

“Mughal, who was the ringleader of this fraudulent activity, wasn’t content with making fake claims using only his and his family’s details.

“He also took advantage of the medical benefits by introducing his co-workers to the fraud, so that he could ultimately gain even more money by taking a cut of their claims.”

Dhiren is a journalism graduate with a passion for gaming, watching films and sports. He also enjoys cooking from time to time. His motto is to “Live life one day at a time.”
Amir Khan ends his Feud with Parents after Wife branded ‘Evil’
1.5kg Hair Removed from Indian Woman’s Stomach who Ate It