British boxer Amir Khan has revealed that he has ended his feud with his parents after they branded his wife Faryal Makhdoom ‘evil’.

"I speak to them all the time"

Amir Khan has stated that he has buried the hatchet with his parents three years after they branded his wife Faryal Makhdoom “evil”.

The 32-year-old boxer publicly fell out with father Shah and mother Falak in 2016 after his wife accused them of bullying and violence.

They then fired back by calling her “evil” and saying that she was a bad mother to their daughter Lamaisah.

In May 2019, Shah and Falak revealed that Amir has not spoken to them in six months.

Shah had blamed Faryal and her mother, accusing them of trying to control his life and driving a wedge between him and his family.

He had said: “Amir’s wife and mother-in-law have teamed up, 100 per cent. They’re in his head, both of them. 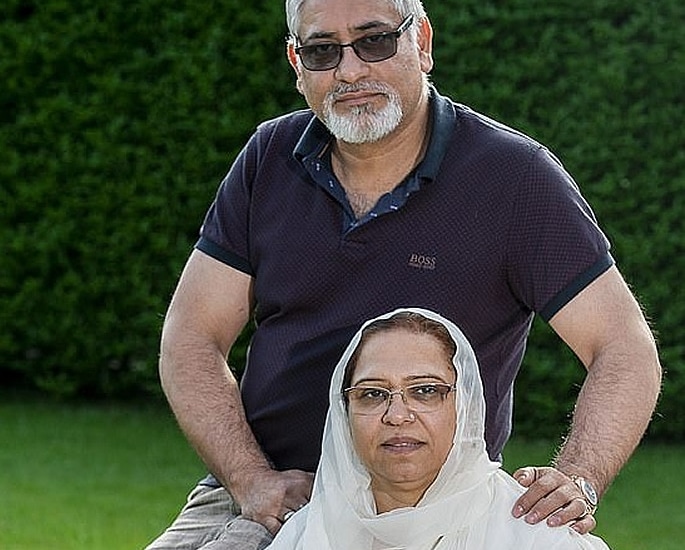 Shah was forced to speak out amid reports suggesting Amir was moving out of Bolton in an attempt to save his marriage.

He said it annoyed him that his son has not said what his wife’s family is saying to him.

“We’ve not even spoken to the guy so what the hell is his problem. The family’s not saying anything to him.

But Amir has insisted that the air has been cleared and that the feud is in the past.

He told The Mirror: “I speak to them all the time – everything is cool between them.

“I’m in a sport where one punch can change your life, and I thought, ‘Be nice to everyone’.”

In 2017, Amir Khan had accused Faryal of cheating on him with Anthony Joshua, which she and the former world heavyweight champion denied.

The couple briefly split but they rekindled their marriage when she revealed she was expecting their second child.

On August 21, 2019, the couple announced that they are expecting a third child. They revealed that they will be having a boy in a gender reveal video which they posted on Instagram.

Dhiren is a journalism graduate with a passion for gaming, watching films and sports. He also enjoys cooking from time to time. His motto is to “Live life one day at a time.”
Big John’s Groom arrives at Wedding on a Tank
Man’s Gang defraud Employer’s Health Insurance Scheme