12 Bollywood Films that Could be Remade

There are countless films that have been critically and commercially successful. DESIblitz looks at 12 Bollywood films that could be remade to suit today!

She has grace, fairness and that buoyancy of Madhubala

Re-creating a masterpiece requires both creativity and courage.

Several filmmakers have dared to revamp classics, but failed miserably to succumb to the high expectations of audiences.

Critic Taran Adarsh believes: “All I expect is the makers don’t make a mishmash of the cult movie. It should come across more as an acknowledgment to the masterwork.”

In light of Taran’s statement, films like Don (2006) and Agneepath (2012) proved that if a movie encompasses a promising cast, intriguing screenplay and foot-tapping music, then the remake can be just as good as the original.

DESIblitz presents you a list of 12 Bollywood films that could be remade! 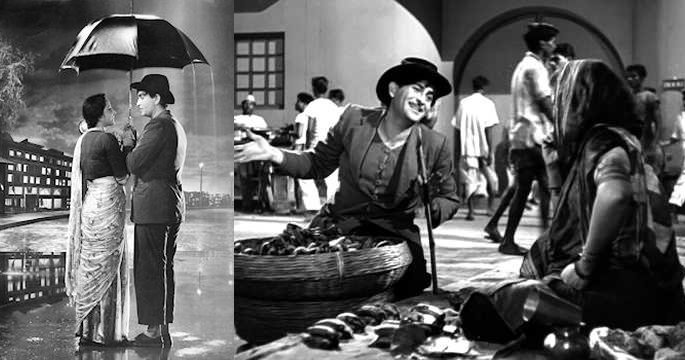 Shri Raj Kapoor appears in a Chaplinesque avatar and is paired opposite the legendary Nargis.

The film focuses on how one must earn money honestly, rather than by fraud. This is a life-lesson which applies to every generation.

Raj Kapoor’s character is of a graduate in pursuit of fortune.

One is compelled to think that the grandson, Ranbir Kapoor, could depict this, as there is always a glimpse of Mr. Kapoor’s nuances in Ranbir’s acting.

Sonakshi Sinha will suit Nargis’ character as the humble school-teacher, especially after seeing her strong, ‘girl-next-door’ style in Dabanng and Lootera.

The two would have a strong chemistry. 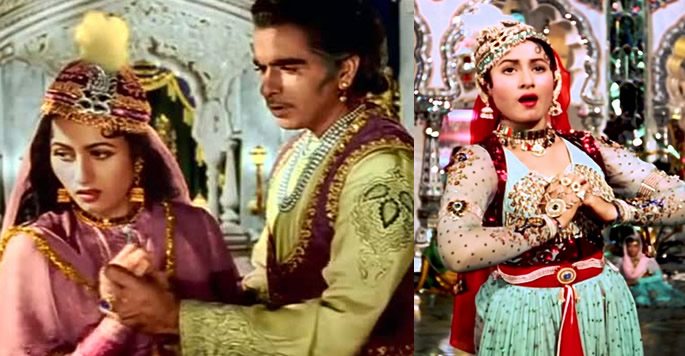 Film enthusiast Anupama Chopra lauded this epic-film as ‘the best Hindi film ever made’.

Remaking Mughal-E-Azam would take a courageous director, as they’d need to design magnum-opus sets and the direction itself would require creativity.

The moral of Mughal-E-Azam is that love conquers all, which is something we can all relate to.

Amitabh Bachchan could grace Prithviraj Kapoor’s role of Akbar, due to his strong voice and height. He also has that royal aura!

Fawad Khan could succeed as Dilip Kumar’s character of Salim. One can imagine him wearing a velvet-kurta and presented in a clean-shaven look.

Anushka Sharma would sparkle as Anarkali. She has grace, fairness and that buoyancy of Madhubala. 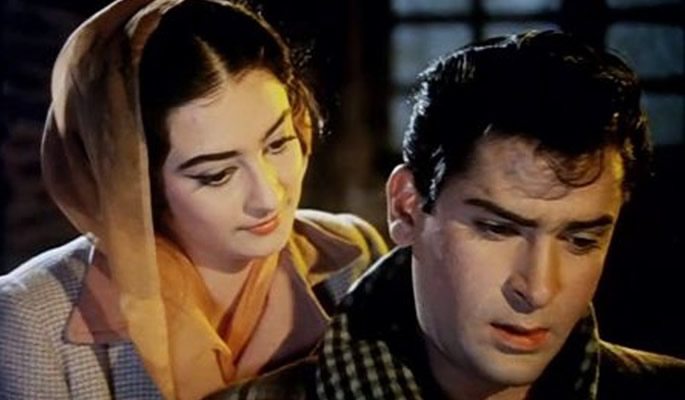 This Subodh Mukherjee comedy is one of Shammi Kapoor’s iconic films. Who could depict his role?

Fawad Khan perfectly balanced humour and seriousness in Kapoor And Sons. He could step into Shammi Kapoor’s shoes as the serious and quiet aristocrat.

Sonam Kapoor would fit the bill as Saira Banu’s happy-go-lucky character, especially after her chirpy performance in Khoobsurat. It would be great to see the Fawad-Sonam pairing unite for a Junglee remake.

As Sridevi portrayed an authoritative boss in Laadla, she would suit the role as Lalita Pawar’s domineering character. 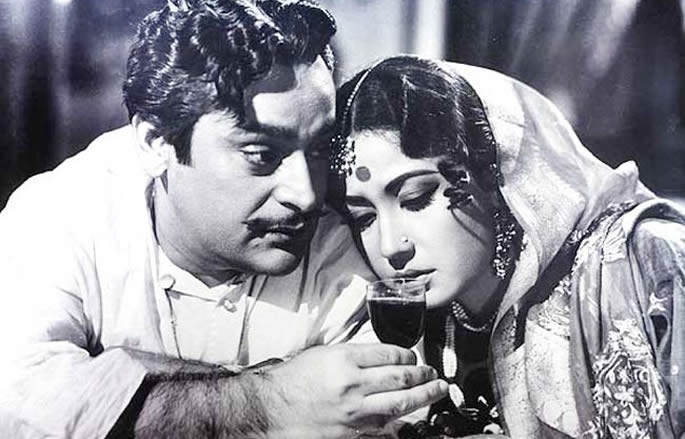 This is the quintessential Guru Dutt movie, which was India’s official entry to the Oscars.

The catchy-title reflects the film’s concept of love, alcoholism and gender-equality, which is applicable to today’s generation.

It would be ideal for Nawazuddin Siddiqui to play the debauched Zamindar aka ‘Sahib’, (formerly essayed by Rehman), as we have seen him essay negative/no-nonsense parts in films like Kahaani and Aatma.

An interesting choice to portray the Zamindar’s lonely ‘bibi’, is Huma Qureshi (originally depicted by Meena Kumari). After seeing Huma’s previous performances, one feels that she would bring a feisty angle to the character.

Ranveer Singh could depict Guru Dutt’s role as the ‘Ghulam’, who platonically befriends the ‘bibi’. Earlier appearing as a charmer in Lootera, this character would be significantly unique for the actor. 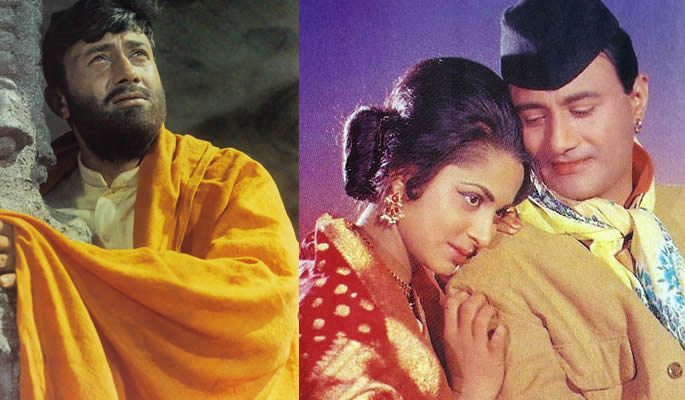 Having played chocolate-hero roles in Vivah and a deceived lover in Fida, Shahid Kapoor would mold well into Dev Anand’s role as Raju- a freelance guide – with gusto.

It has been a while since we’ve seen Shahid in a traditional love-story!

In Shuddh Desi Romance, the splendid Vaani Kapoor pleased the audience by playing an abandoned bride who falls for that same groom.

Therefore, portraying Waheeda Rehman’s role of Rosie, an unhappily married woman, is meatier and has some dark-shades. 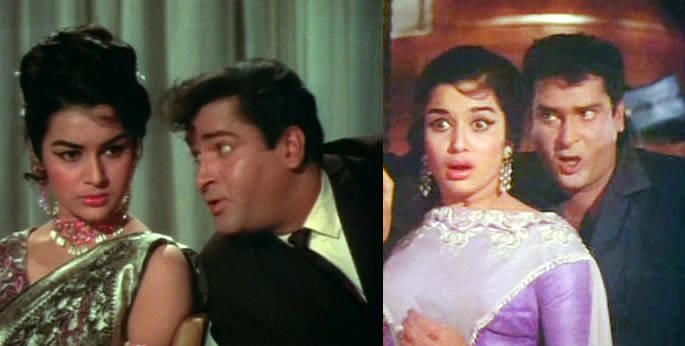 Sidharth Malhotra has depicted both serious and light-hearted roles before.

Hence, he would be a good choice to depict Shammi Kapoor’s role as the mischievous nightclub drummer. Ironically, Sidharth even danced to ‘Shake it like Shammi’ in Hasee Toh Phasee!

In an interview, Asha Parekhji mentioned that “Deepika Padukone” could be like her. Therefore, Deepika would be the sublime option to portray Ashaji’s role as a revenge-seeking sister.

Premnath depicts a rich-patron. So, Prakash Raj would be ideal for this role. If the remake has more twists, this will be a great addition to this Nasir Hussain razzmatazz! 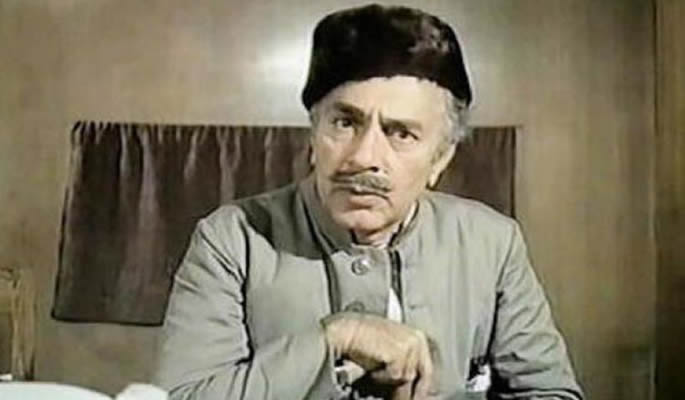 Based on Ismat Chugtai’s thought-provoking unpublished story, Garm Hava explores the dilemma of Salim Mirza (Balraj Sahni) whether to move to Pakistan with his several relatives or remain in India post the 1947 partition.

Adil Hussain has the perfect-look for the fatherly role of Salim. Particularly after tremendous performance in Life Of Pi, he would surely not disappoint.

Gita Sidharth as Salim’s ill-fated daughter (who is abandoned by Shamshad – Jalal Agha), would be brilliantly essayed by Sonal Sehgal, who enthralled in Mantostaan.

Rajkummar Rao has portrayed a vast-range of characters in Independent Cinema, thus, Shamshad’s role would be great for him. 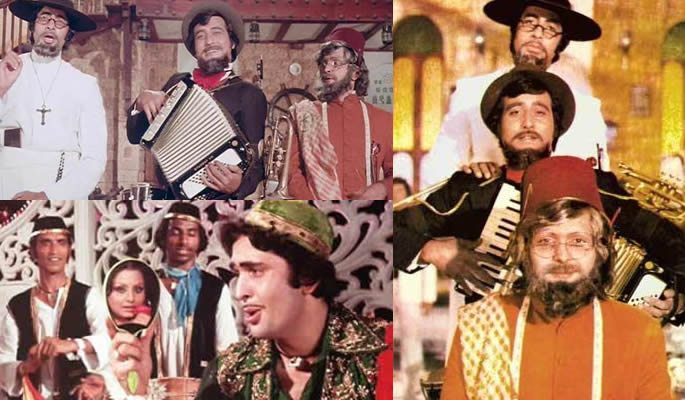 One of Manmohan Desai popular lost-found films. The main challenge would be to recreate the moment when Big-B walks out of the large Easter-egg!

Varun Dhawan’s comic-streak would be appropriate for Amitabh Bachchan’s role (as Anthony).

Arjun Kapoor’s masculine physique and seriousness is sufficient for essaying Vinod Khanna’s character (as Amar). Stepping into his father’s character, Ranbir would definitely deliver as Akbar.

Ranbir’s role could be bigger than the one played by his father in the original.

But what of the leading ladies who originally were Parveen Babi, Shabana Azmi and Neetu Singh.

As Alia Bhatt’s chemistry was sizzling with Varun in Humpty Sharma, the two would do a terrific job in the remake.

Shraddha will feature opposite Arjun in Half-Girlfriend. Therefore, their pairing in this remake could be effective.

Kriti Sanon (in Neetu’s role) with Ranbir could be a fresh-pairing!

As Naseeruddin Shah is an expert in depicting comedy and villainous roles, he could do a splendid job as Robert.

A film that could be applicable to the modern-day generation through the modern use technology! This remake could be like Krrish 3, with the use of technology, while the actual film could be pacy like Race.

Shadowing Vinod Khanna as the train-enthusiast could be essayed by Farhan Akhtar, while the friend, Dharmendra, could potentially be played by Hrithik Roshan. Both actors seemed to have a brilliant rapport in ZNMD (Zindagi Na Milegi Dobara).

The leading actresses were Hema Malini and Parveen Babi.

Adhering to this grandeur female cast, Katrina Kaif and Jacqueline Fernandez would enhance the glamour quotient in the remake! 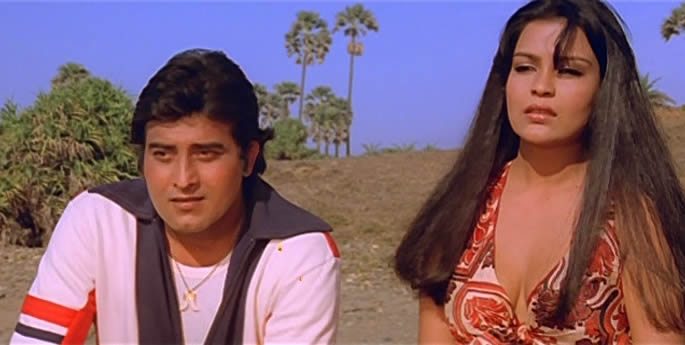 Laila Ho Laila, Aap Jaisa Koi, Kya Dekhte Ho are just a few of Biddu and Kalyanji-Anandji’s chartbuster songs from the film. If Qurbani is to be remade, the tracks must primarily live-up to the expectations.

With regards to who should play whom, it would a dream-come-true to watch SRK and Salman Khan in Feroz Khan and Vinod Khanna’s characters. This Karan-Arjun team would set the screen on fire!

Arshad Warsi’s rustic look is suitable for Amjad Khan’s role and Sonu Sood would be menacing whilst playing the role of Shakti Kapoor. 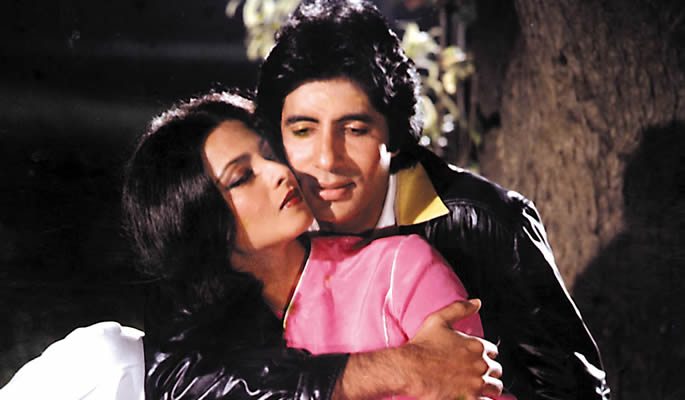 The infamous Yash Chopra film that had set the rumour mill going, especially regarding the main-cast!

In Amitabh Bachchan and Jaya Bachchan’s role, Saif Ali Khan and Vidya Balan would be seamless after their chemistry in Parineeta.

Saif’s reel and real life partner Kareena would be effective in the elegant role of Rekha.

Complicated relationships and infidelity are two important themes of the film, which today’s audience will connect with.

Mahesh Bhatt’s most award-winning films which revolves around extramarital affairs.

Nawazuddin Siddiqui could do well in Kulbhushan Kharbanda-style romantic role. This is different to what we’ve seen from the actor.

Post Airlift, Nimrat Kaur could definitely essay the role of Shabana Azmi. In comparison to her prior performances, this one is more independent and head-strong.

Aditi Rao Hydari excelled during the sentimental portions in Wazir. She could impress once again in Smita Patil’s role.

We are used to seeing Randeep Hooda in negative roles. However, portraying Raj Kiran’s character may prove to be a game-changer for Randeep!

Overall, regardless of which classic film a director chooses to remake, it will always be a risk. But if it applies to today’s society and entertains, then the movie will succeed.

When will the films be remade? Only time and fate will decide!

Anuj is a journalism graduate. His passion is in Film, Television, dancing, acting and presenting. His ambition is to become a movie critic and host his own talk show. His motto is: "Believe you can and you're halfway there."
Deepika gets intimate with Vin Diesel in Xander Cage
India’s Next Top Model 2 enjoys Amazing Makeover