The much-awaited makeover has arrived in the fourth episode of India’s Next Top Model Season 2. Find out who survives it and who is sent home this week!

The three feisty girls argue in front of the judges at deliberation!

India’s Next Top Model would not be complete without the dramatic makeover session.

In the fourth episode, the nine gorgeous girls arrive at a salon to find their fate is in the hands of star stylist, Daniel Bauer.

The German makeup artist is famed for his work with Bollywood A-listers like Deepika Padukone and Katrina Kaif, so the girls are in for a real special treat.

But the moment of joy does not last long, as Top Model judge and mentor Anusha Dandekar taunts one of them may get a shaved head like Mr Neeraj Gaba!

Subhamita is the first to crack even before she puts on her hairdressing gown, pushing away the camera crew.

Akanksha is the next to enter into a full meltdown, as the hairdresser gets rid of her long luscious hair, one snip at a time. 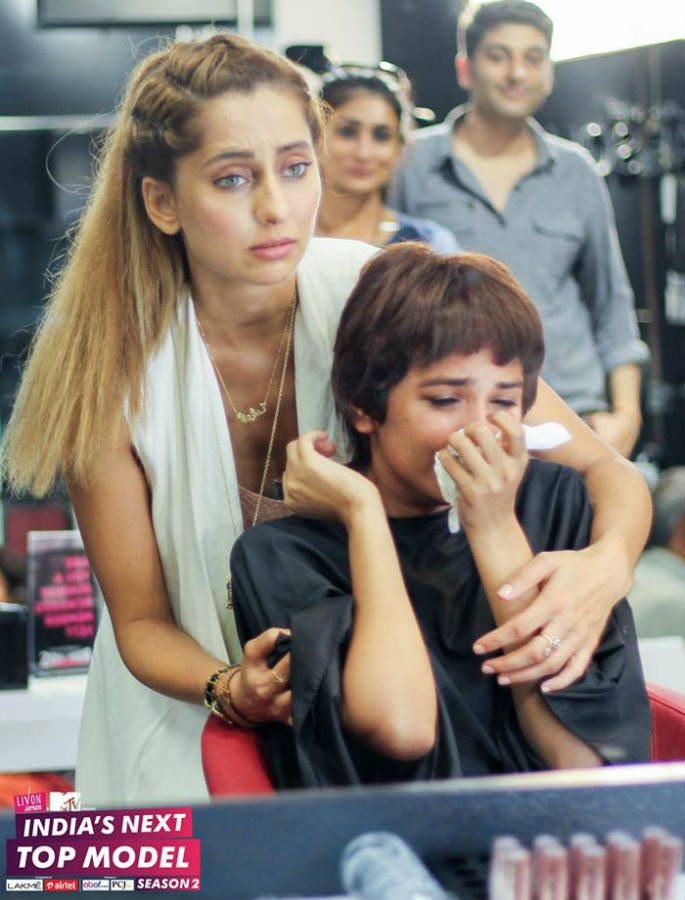 If it wasn’t for Mr Gaba’s support and motivational speeches, we’re not sure if the girls could have survived the emotional transformation!

At the end, everyone is pleased with their new looks and ready to unleash their high fashion model prowess in the photoshoot. 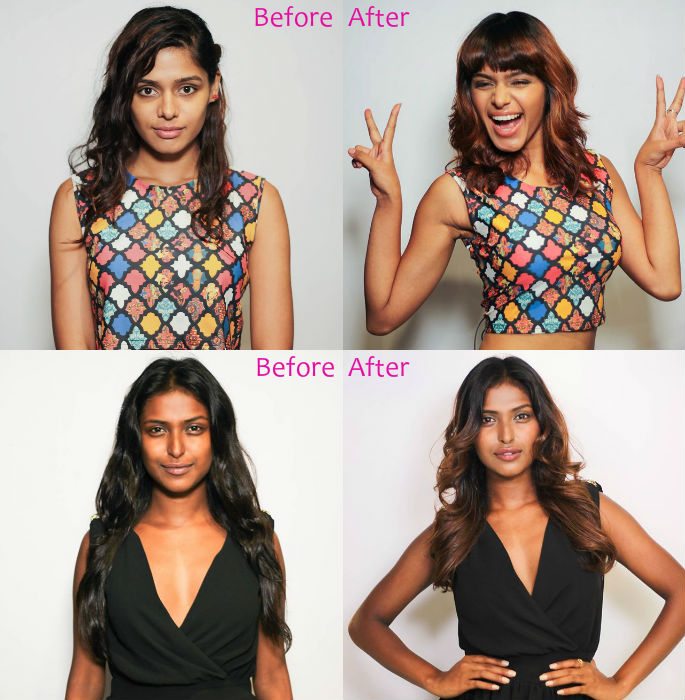 All nine contestants, along with wild card entry Ritija Malvankar, will model for a Livon Serum product shoot.

They also have to decide which one out of three photos should be used for the packaging. And that will be the photo the judges assess at deliberation.

Now these girls may be picture perfect, but they are yet to master the art of modelling.

One by one, Lisa Haydon tells them disappointingly that they have chosen photos that accentuate their own strengths, instead of sell the product for the client.

All but one – Neelam. This smart and ambitious girl puts a smile on Lisa’s face by scoring Best Photo two weeks in a row. Even the client calls her picture ‘fabulous’!

“You’ve worked [your shaved head] really well. I like that you have hair on both side. You’ve got a lovely figure too.”

The lead judge goes on to unveil the next contestant sailing through to the next round of the competition – Pranati.

Although her photo selection is hardly convincing, the judges feel Pranati displays a lot of potential that will propel her growth.

Priya has once again ended up in Bottom Two. This time, along with Minash, whose mature look and average photo only manage to yield a lukewarm response from the judges.

Faced with a tough decision, Lisa eventually gives Priya one more chance to translate her passion for modelling into her photoshoots. 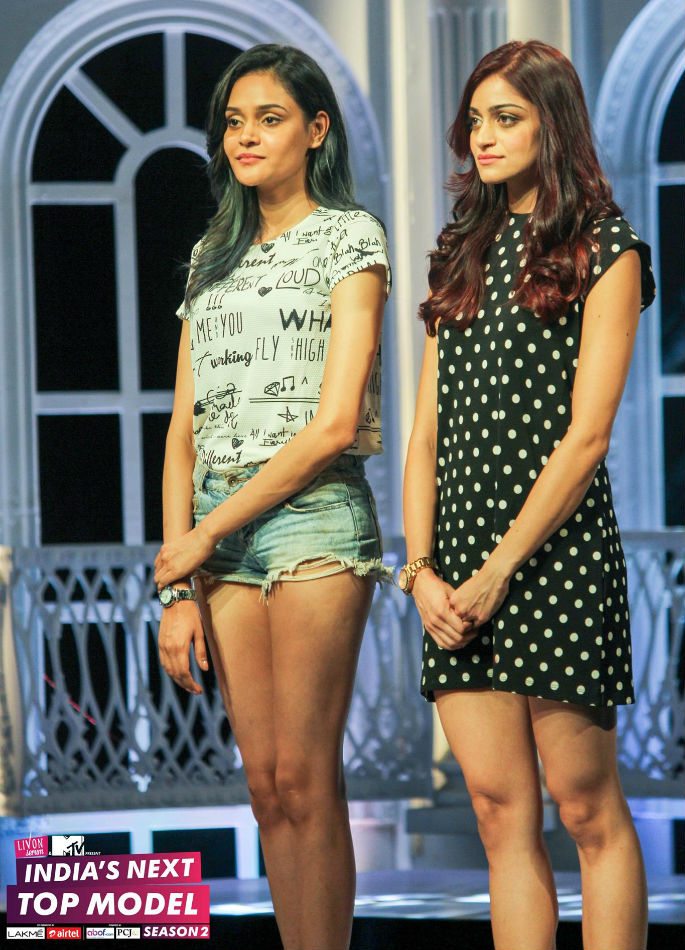 Minash sadly gets sent home. But let’s keep our eyes peeled on the new girl in the house and the tension that is begin to emerge between Subhamita, Poulomi and Neelam.

The three feisty girls argue in front of the judges at deliberation, which has not gone down well with Lisa who orders them to resolve their conflict in the house.

With Subhamita’s strong personality and no fear of confrontation, the dynamics in the Top Model house is definitely heating up!

Catch the fifth episode of India’s Next Top Model Season 2 on August 7, 2016 at 7pm on MTV India.

Who will be eliminated in the Fifth Episode of India's Next Top Model 2?