A doctor from Norfolk is facing a tribunal hearing after he was accused by three female patients of sexual misconduct while working at a hospital and GP.

On September 17, 2019, a tribunal heard he touched three of his female patients’ breasts and told one he was putting his hands down her trousers to “check for hidden weapons”.

The three incidents are said to have happened over a 15-year period while working at a hospital in Nottingham and a GP practice in Norfolk.

Dr Singh had stood trial at Norwich Crown Court in 2016 over incidents involving four different women but was cleared of 10 counts of sexual assault.

He denied wrongdoing but now faces a sexual misconduct hearing in front of the General Medical Council (GMC) in Manchester.

The first incident occurred in 2000 after a woman known as Patient A was admitted to Kings Mill Hospital in Sutton-in-Ashfield, Nottinghamshire, following a paracetamol overdose.

“He asked her why she was there and she was then asked to lay on the bed whereupon this doctor began tapping at her body around her right area before he grabbed her breast over the bra.

“He had the whole of her breast in his hand as if he was touching an orange.

“He was feeling to the left side then moved his hand around to the right. She grabbed his hand and told him to stop but he carried on and told her he was checking her for lumps.

“He then turned her round and began touching her back and told her he was checking for weapons and said a doctor had been attacked in the past.”

Patient A recalled being told: “I am a doctor and you are a patient, no one is going to believe what you say.”

As Patient A was leaving, she told the next patient: “You don’t want to go in there, he touches you up.”

The woman later told her family what happened but did not report the incident as she feared no one would believe her.

The woman went to a follow-up appointment with Dr Singh with her partner. However, Dr Singh sent him out of the room claiming they needed to discuss “confidential matters”.

Miss Hudson added: “When they were alone together, Dr Singh asked her to lie on the examination bed and he did exactly the same movement as before, touching her on the upper breasts with an open hand like he had done previously.

“When she challenged him he said he was checking for lumps.

“He then pushed his hand to her trousers and placed his finger around the pubic area and again said he was checking for weapons.

“Then he pushed her onto her side and was rubbing her trousers, then moved back to his chair.

“She then asked if her partner could come back in and he said ‘no, but we’re almost done’.

“She then put her hand on the table and he put his hand on top of hers and said: ‘All right if you need to speak about anything you can speak to me in confidence’.

The woman said Dr Singh touched her inappropriately during a third appointment before informing another doctor.

But the colleague insisted her accusations were relating to the explicit conversations rather than physical touching. 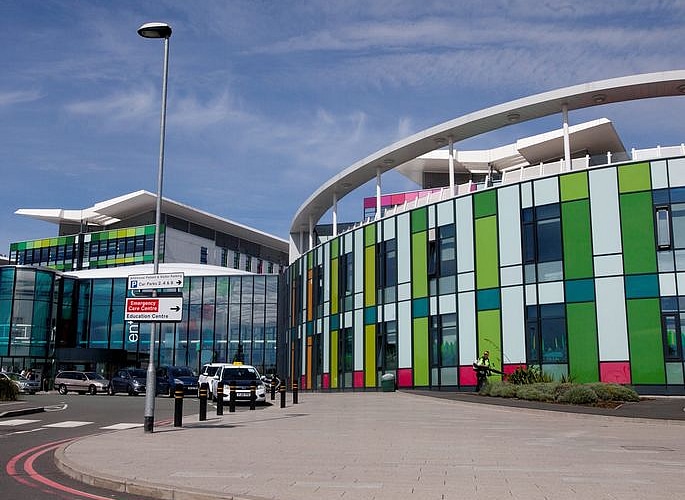 The second woman known as Patient C said she was sexually touched in May 2014 after she booked an emergency appointment at Hellesdon Medical Practice, Norwich with her son who was suspected to have the Croup virus.

Dr Singh, who was training to be a GP, allegedly asked the woman: “Why is he still in his pyjamas?”

When he was told that they had been in a hospital A&E all night and had no time to change, he told that it was “no excuse”.

The woman said Mr Singh sat as close as he could to her without touching her and dismissed concerns that her son had croup.

Miss Hudson said: “She said the doctor leaned over and his left hand swept down to her left breast as she went to pick her child up.

“She described it as a sweeping movement and said he rubbed the whole of her breast with the whole of the back of his hand and this lasted for two to three seconds.

“She said it could not have been an accident, he could have noticed exactly what he was going to do.”

“The doctor listened to the child’s chest on the stethoscope and said she was not to worry about it and she should have given him a cuddle rather than take him for a hospital visit.

“He gave her the impression that he thought she was over-worrying and causing her child a cough by her worrying.

“She found him to be patronising, intimidating and rude.”

Dr Singh had asked Patient C if she was a nurse and if she thought she might know more than him.

Miss Hudson added: “She felt the discussion was inappropriate and he felt her left breast in pursuit of his own sexual gratification.

“After leaving the consultation Miss C telephoned her husband and told him what happened and returned to the practice to make a complaint.”

The third woman, known as Patient D had visited Dr Singh in January 2015 for a severe cold.

Miss Hudson explained: “He said she had no temperature and he picked up a stethoscope before the examination of her chest.

“He told her to unbutton her shirt and she undid three buttons but he put his hand inside her top, then under her strap top on top of her bra, and then she could feel his hands on her nipple and breast.

“He pulled her breast out of her bra so her nipple was showing and using his other hand, he placed the stethoscope over her nipple.

“He told her to take two deep inhalation’s and she did so, but she said her breaths were ‘nervy and distorted’ like when you are about to cry.

“She was shocked and upset by what had happened. He had not told her he was going to touch her breast.”

“She remembered thinking it was suspicious to put a stethoscope on her nipple and for a period of time his hand was on her breast.

“She was gobsmacked and in disbelief about what he had done to her. She said she felt so uncomfortable she couldn’t say anything and was ‘lost for words’.

“She said she started to cry but Dr Singh did nothing and didn’t even acknowledge she was crying.”

Dr Singh gave her a delayed prescription before the woman left. She then sat in her car and searched how to do a chest examination on her phone.

The incident left her shaken to the point that she was unable to drive.

Patient D called her partner the same day and told him of the incident. The GP practice was later contacted and the police were alerted.

The woman said in a statement: “He put his left-hand palm down inside my black vest and inside my bra and I was shocked.

“My left breast was out of the bra. I just didn’t feel right. Whilst he was about to put the stethoscope on it I looked down and I could see the whole breast and nipple were exposed.

“As I was putting on my scarf and coat I felt really uncomfortable after what happened.

“I just wanted to get out of there. I did start crying in front of him and straight after the examination.

“I wasn’t hysterical, my head was doing somersaults and tears were rolling out of my eyes. I wanted to get out as soon as possible.”

Dhiren is a journalism graduate with a passion for gaming, watching films and sports. He also enjoys cooking from time to time. His motto is to “Live life one day at a time.”
Indian Mother chained Daughter up due to Drug Addiction
Indian Couple Tortured and Abused by Family for Affair