Married Doctor tried to Kiss Nurse out of Uniform

Married doctor Syed Akbar showed photos of his family to a nurse. He then pulled her close and tried to kiss her. Dr Akbar now faces a tribunal.

"He didn’t stand up when he put his arms around me."

Dr Syed Akbar, aged 41, was presented before a medical tribunal in Manchester after he allegedly sexually harassed a nurse.

Dr Akbar worked there as a middle-grade registrar in clinical research in cardiology.

The tribunal heard he forced himself on a senior nurse and tried to kiss her after showing family pictures of his wife and two children.

Dr Akbar allegedly told the woman she looked “young and attractive out of her uniform,” before pulling her towards him as their faces were close to each other.

The unnamed nurse, known as Nurse A, said she felt “awkward and uncomfortable” after the encounter.

It was claimed he began a conversation by telling Nurse A how “young” and different she looked out of her uniform.

Nurse A had attended their shared office on February 4, 2017, to catch up on some work.

At the Medical Practitioners Tribunal Service, Nurse A said:

“I was sat at my desk when he came into the office. It’s an office shared by cardiologist registrars and nurses.

“I’d got up and I was stood in front of the filing cabinet, he was sat at the registrars’ desk and then at the time the conversation started he walked over and sort of perched on the desk.”

The doctor then talked about his family and showed Nurse A photos of his wife and two children.

“This was when he said about me looking young and attractive out of my work uniform.

“He was perched on a desk and didn’t get up. I was stood close to him by the filing cabinets. He didn’t stand up when he put his arms around me.

“He put his arms around the top of my shoulders and sort of touching towards the centre of my back.

“It was quite a firm grip. My arms were scrunched up as he put his arms around me, then I really pushed back.”

He then pulled their lower bodies and faces together and attempted to kiss her. 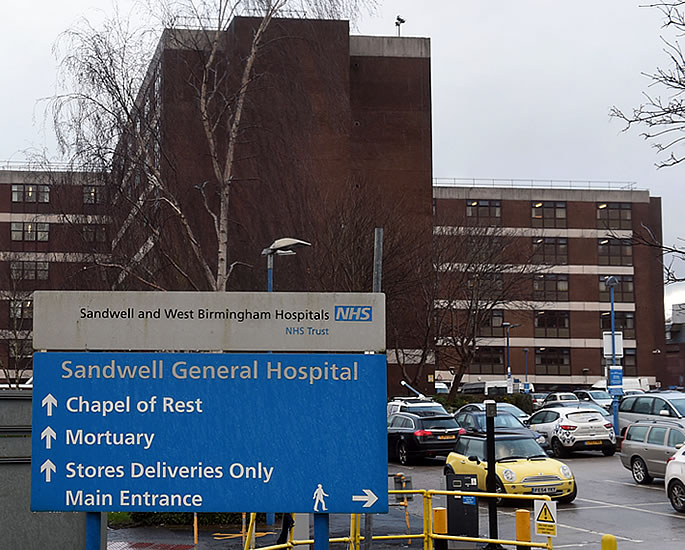 “He pulled me towards him so that our faces were extremely close, our lower bodies were in contact, he looked me straight in the face and was looking directly at me and that made me feel as though he was going to kiss me.”

Nurse A pushed him away and told him “no Syed, this is inappropriate,” before reporting the incident to her husband and a senior colleague.

Police were alerted to the incident but it was not known whether any criminal action was taken against Dr Akbar.

She was unable to officially report the incident until April 2017 due to a period of ill health and stress.

“We’d had a major event within the department at our trust. I was thinking about how I was going to approach taking my statement forward.

“But seeing as though they were dealing with a major event, I didn’t want to add burden to their stresses.”

“I then went on holiday at the end of February for two weeks and during which time I was actually unwell and didn’t return to work until mid-March. I didn’t change my account at all.”

“Nurse A had been a heart failure nurse for 19 years and she knew Dr Akbar as part of the cardiology team, although she did not come into contact with him often.”

She explained that Dr Akbar entered the office between 9 am and 10 am. He complimented her on how different she looked out of uniform.

Dr Akbar then made comments about her figure and how young she appeared and that she looked attractive. This made Nurse A feel uncomfortable.

“She states that he put both his arms around her upper arms and pulled her towards him so that their lower bodies were in contact, also closing the distance of their faces. At that point, Dr Akbar tried to kiss Nurse A.”

After telling Dr Akbar that his actions were inappropriate, he apologised and did not approach her again.

“She said she felt very awkward and uncomfortable and became very nervous.

“She was aware of her heart racing and hands sweating and her hands were shaking, she was concerned that if he approached her again she might not be able to push her away.

“After a few minutes he went back to his desk, she wanted to leave but he was between her and the door. After 15 minutes he then left, she left as well.”

Dr Akbar denied what Nurse A said was correct. He accepted that he put his arms around the nurse, but denies all other allegations.

Dhiren is a journalism graduate with a passion for gaming, watching films and sports. He also enjoys cooking from time to time. His motto is to “Live life one day at a time.”
Gang Rapes in Punjab’s Phillaur and Amritsar after Ludhiana
22 Suspects arrested in Pakistan for Child Pornography Ring