Gang Rapes in Punjab’s Phillaur and Amritsar after Ludhiana

Further Gang rapes have taken place in Punjab’s Phillaur and Amritsar. This comes after a woman was gang-raped by 12 men in Ludhiana.

"The victim had planned to meet her boyfriend Rajeev."

In the latest horrific incident, there have been two separate gang-rape cases in Punjab.

Following the incident in Ludhiana in which a young woman was gang-raped by 12 men after being abducted, two more cases occurred in Phillaur and Amritsar.

Regarding the Ludhiana case, police registered a case, however, when the victim initially called, they failed to take action.

Assistant sub-inspector Vijay Rattan was suspended for failing to investigate the matter and did not inform his seniors about the incident.

Raids were conducted in various locations in Ludhiana to find those responsible.

So far, officers have arrested Sadiq Ali, Jagroop Singh and Surma, all from Ludhiana. They were presented in front of a court.

Protests have taken place in Ludhiana. Groups threw shoes and manhandled the accused as they were taken to court.

Police are investigating the whereabouts of the other men involved, all are aged between 25 and 30.

Regarding the two latest incidents, a 15-year-old girl was gang-raped by four men in Phillaur on Monday, February 11, 2019.

According to Deputy Superintendent of Police Amrik Singh, the victim had planned to meet her boyfriend Rajeev, aged 23, of Phillaur. However, he conspired with three of his friends.

He said: “The victim had planned to meet her boyfriend Rajeev, a resident of Phillaur, at a deserted place.”

When they met, he took her to a deserted location after saying that they should go for a walk.

The three other men, Bunty, Amit and Jatinder, were at the location and under the influence of alcohol.

The four men then took it in turns to rape the teenage girl.

Jaspal Singh, who owns a grocery shop near the location found the girl and she was admitted to Phillaur Civil Hospital. Medical examinations were conducted.

Amit, Rajeev and Jatinder were arrested under Section 376 of the IPC AND POCSO Act on February 12, 2019.

Their fourth accomplice Bunty went on the run and police are searching for him.

In Amritsar, a 15-year-old girl was raped by a rickshaw driver and his friend. She had reached the city by mistake after wanting to go to Delhi to marry her boyfriend.

The girl had been with her boyfriend Sahil for a year and decided to get married. Sahil asked her to get to Delhi on February 3, 2019.

She took Rs. 1,500 from her house and boarded a train from Ludhiana railway station, however, it took her to Ferozepur instead.

After spending a night at the house of a good-willed person, she got on another train to Amritsar.

Upon arriving in the city, she asked Sahib Singh, a rickshaw driver near the rail station about trains to Delhi.

Singh told her that she can get a train the next morning and took her to a hotel. He, along with his friend Baba, then allegedly raped her.

After raping her, Singh made her board a bus to Ludhiana and threatened her not to reveal the incident.

The victim made a police complaint when she arrived in Ludhiana. Investigating officer Shamsher Singh said a case under sections 34 and 376 of the IPC and Section 4 of the POCSO Act had been registered.

Officers are in the process of finding Singh and Baba’s whereabouts in order to arrest them. 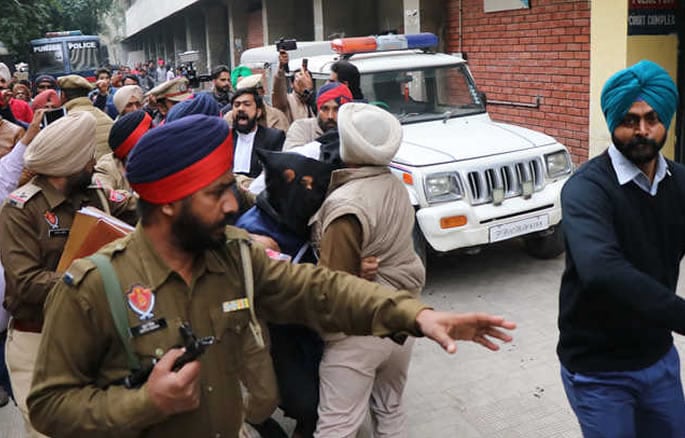 As for the Ludhiana case, three men have been remanded in custody from the gang who raped the 21-year-old woman after dragging her from a car she was in with her friend.

The incident took place near Issewal village on the banks of Sidwan canal, about 15 km from Ludhiana on Saturday, February 9, 2019.

The accused, Sadiq Ali, Jagroop Singh and Surmo appeared in front of the Ludhiana Judicial Magistrate on Wednesday, February 13, 2019.

The rest of the gang are being pursued by police after photos of them having been released to the public via media.

With three violent sexual assault cases occurring in Punjab within a short space of time, police must take action to bring the suspects to justice.

Dhiren is a journalism graduate with a passion for gaming, watching films and sports. He also enjoys cooking from time to time. His motto is to “Live life one day at a time.”
Young Pakistani Bride robs Older Husband on Wedding Night
Married Doctor tried to Kiss Nurse out of Uniform